The Curious Case of Lawrence McKinney – Can the Justice System make Mistake? 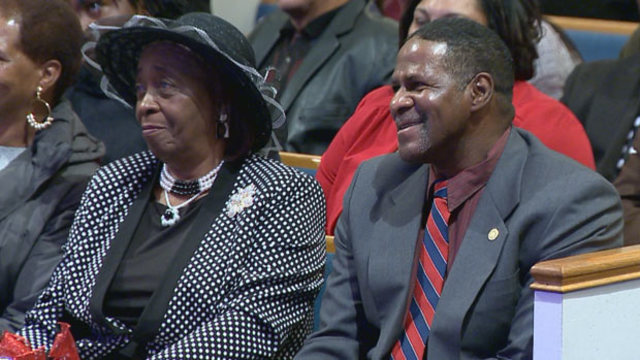 In 1977, a Memphis woman was raped in her home by two intruders. She identified one of them as Lawrence, who was her neighbor at the time. Lawrence was just 22 years old. He was quickly convicted of burglary and rape. McKinney was sentenced to 115 years in jail.

And he accepted the punishment, even though he knew he was not guilty. His faith helped him cope through 31 years of prison. But in 2008, he finally managed to prove he is innocent. A DNA evidence helped him clear of the charges. McKinney was released in 2009, and the Tennessee Department of Corrections gave him a $75 check. He had just $75 to restart his life. How is that possible?

What does McKinney seeks?

In his own words, Lawrence says he “he has no life, all of his life was taken away”. So, he is seeking for the Governor to exonerate him, so that he can be eligible for $1 million compensation from the state.

- Although I've spent more than half of my life locked up for a crime I did not do, I am not bitter or angry at anyone, because I have found the Lord and married a good wife. All I ask is that I be treated right and fair for what has happened to me. I didn't do nothing, and I just want to be treated right – says Lawrence.

His first request for exoneration in 2010 was declined. One of the reasons was he was not exactly a peaceful prisoner. The exoneration board cited a list of 97 infractions that he committed while in jail. Some of them included assault of a fellow inmate.

The Tennessee Board of Parole declined his request for exoneration in September, voting 7-0. But now, the Governor Bill Haslam has the chance to exonerate him. In the past, Tennessee’s governors have granted a total of just two exonerations in the past 16 years. Both came in 2011.

Since being released in 2009, Lawrence has worked odd jobs to pay the bills. When he got that $75 check, he couldn’t cash it for three years, because he had no ID. Since then, he has married a pen pal with whom he communicated during him time in prison. He attends a Baptist Church, and participates in a Bible study five nights a week.

His attorney believes that Lawrence should be exonerated. The justice system made one mistake in 1978 and cost his life. Now, he pleads the governor not to make another mistake.

The Innocence project is just one of the many initiations born by injustice. They try to help clients that seek post-conviction DNA testing in order to prove their innocence. The Project works under the principle of Martin Luther King, which is “injustice anywhere is a threat to justice everywhere”.

In their calculations, there have been a total of 347 DNA exonerations. Of those, 149 turned out to be real perpetrators. The Innocence project also consults in cases on appeal in which the defendant is represented by primary counsel.

On average, people seeking post-conviction DNA testing served an average of 14 years in prison. They were also consulted and helped McKinney’s case.

It seems like people looking for justice are everywhere. A petition at change.org has been signed by more than 11,000 people. The goal of the petition is to show support for Lawrence’s case. As the author of the petition states, there is only one legal step to freedom for Lawrence, and that is exoneration. That will clean his name, and allow for him to ask compensation for the time spent in prison.

The current governor Haslam has the case in his hands. And there are sides asking for him to deny the exoneration request. But one thing that McKinney has, and will always have is fate. Faith is what got him through 31 years, 9 months, 18 days, and 12 hours of prison. He was wrongfully sentenced, and was supposed to serve 100 years in prison. He served almost one third of that.

DNA evidence got him out of prison in 2009, but the battle continues. The struggle now is to clear his name.

Justice
Unheard Heroes: Susana Trimarco
For her work in human trafficking, Susana has earned a number of awards. The biggest one came in 2013, when she was nomi...
Top 7 Cruelest Rape Punishments
More than 10 countries around the world punish rape by death
How the Gulf Cartel, Juárez Cartel and the Sinaloa Cartel control the drug trafficking routes
Despite being in war, the three cartels have often allied to fight the greater good. At the moment, there are two factio...
This Ingenious Idea May Combat Rhino Poaching For Good!
Scientists have come up with this extremely clever idea to tackle rhino poaching.