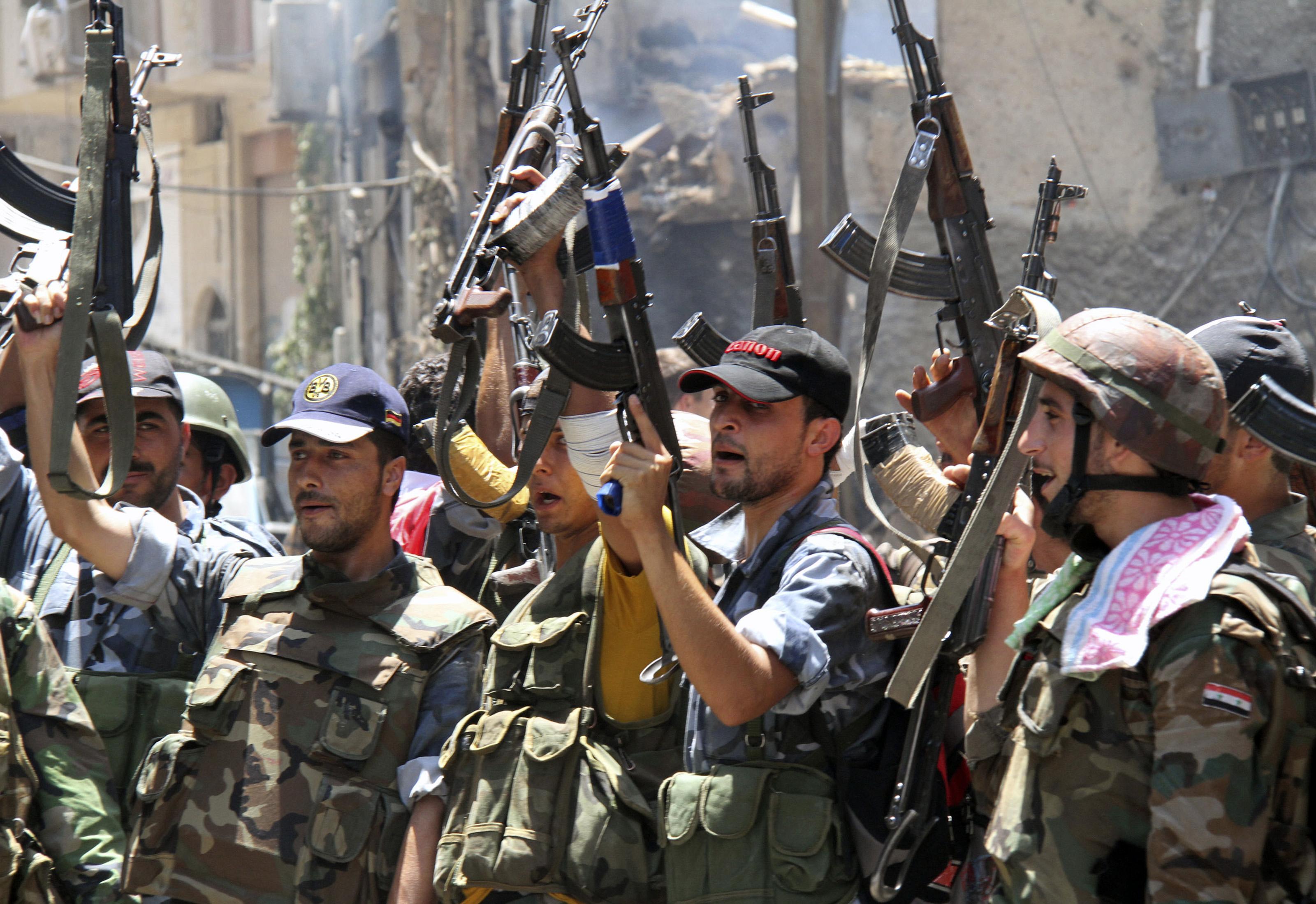 What started as a protest to president Bashar al-Assad and his regime, turned out to be a massive civil war, with more than 250,000 casualties on both sides, and more than 10 million people now away from their homes

Four and a half years ago, protests in Syria turned into what is now one of the biggest refugee crisis in the history of mankind. What started as a protest to president Bashar al-Assad and his regime, turned out to be a massive civil war, with more than 250,000 casualties on both sides, and more than 10 million people now away from their homes. Within those four and a half years, the two sides, Bashar al-Assad and the opposition, both got some support from militants and world country leaders. Jihadist militants have also joined the fight, making this conflict even harder to resolve. Let’s take a look at the story of the civil war and the conflict so war, in a timeline that will best explain the history of the conflict.

February 2011 – It all started with a graffiti

Conflicts like the Syrian civil war always start with a small protest, and then turn out to be big. This conflict, for example, started with a graffiti in the small city of Deraa, when a group of children wrote “the people want to topple the regime” on a wall. The children were arrested and later tortured for their scrawling on the school wall.

The government could have solved the graffiti problem quietly and easily, but the torture and the arrest of the children led to protests. Pro-democracy protesters clashed with the security forces in the city of Deraa in March 2011. During the initial protests, security forces opened fire on the protesters, which led to death to some of the demonstrators. Following the initial clash, even more protesters took to the streets to fight against the regime of Bashar al-Assad.

The city of Deraa was only the trigger for the nationwide protests, as more and more people took it to the streets to demand resignation from the president. By July the same year, the protests became even more organized, and more massive. Hundreds of thousands protesters were now on the streets of Syria, demanding resignation by president Bashar al-Assad. Opposition chose to support the protesters, entering the battle. Within few months, opposition supports took up arms in order to defend themselves. Later, the opposition used their arms and firepower to expel security forces from local areas controlled by the opposition.

As mentioned previously, the opposition supporters took to arms in order to defend itself from the security forces. This led to forming of the “Free Syrian Army”. The army promised guerrilla war against Assad, claiming thousands of soldiers have joined their cause, leaving the military in the process. Just three months later, the Free Syrian Army served as the base for the Syrian National Council, a political party and group formed with a sole purpose to make President al-Assad step down and take over the government of Syria.

During the period of August till October 2011, US and European leaders were constantly pushing Syrian President Bashar al-Assad to step down and let the people of Syria determine the future of the country. In October, USA, backed up by its European partners, tried to push for sanctions against Syria. However, both Russia and China decided to use veto in the UN Security Council. The veto stopped the resolution that US had in place, which demanded immediate sanctions against Syria and halt to the violence.

Many people will point to early 2014 as the birth time of IS, the Islamic State, an extremist group that was formed in neighbor Iraq. However, Islamist groups joined the fight much earlier, or as early as December 2011. Back then, a suicide bomber killed 44 people in Damascus, and in February 2012, the leader of al Qaeda, Ayman al-Zawahiri, praised Syria and its rebel forces for waging “jihad”. The message, which was essentially confirmation that al Qaeda is helping Syrian Islamist groups served as a trigger for thousands of people and rebels to join more extremist groups.

In April 2012, former U.N. Chief Kofi Annan managed to stop the bloodshed for just one day, or half a day to be more precise. Annan and his brokers called for a halt to violence, essentially resulting in a cease-fire. However, Syrian President Bashar al-Assad broke the promise of a cease-fire the same day, at 3:52pm.

July 2012 – The Accusation of crimes against humanity

Just one year after the conflict began, hundreds of thousands of refugees fled Syria, which essentially kickstarted the refugee crisis we are facing nowadays. In July 2012, a top human rights official from the UN accused Syria for “crimes against humanity”. In August the same year, the first refugee camps open in Jordan, housing thousands of Syrian refugees.

The first time US President Barrack Obama announced his “red line” for Syria was in August 2012. He will mention the red line several times in the next few years. Obama’s red line is simple, President Assad will be crossing the line if he uses chemical weapons. According to many experts, Syria is the host to one of the most advanced and large chemical warfare program in the world.

Just one year later, in August 2013, 60,000 people are dead courtesy of a suspected chemical weapons attack outside Damascus. The US sends food and medical supplies to rebels in order to help them. However, the US does not send weapons. In 2014, with the peace negotiations going nowhere, a US airstrike seem inevitable. The air strikes happen in September 2014, with American jets bombing ISIS targets in the country. There are several other partners that are included in the airstrike, including Arab countries such as Bahrain, United Arab Emirates, Jordan and Saudi Arabia.

Islamist groups started gathering in Syria one year earlier, but it was in spring 2013 that the Islamic state of Iraq and Syria, or ISIS, was formed and announced in northern Syria. The group seized the city of Raqqa, which is now the main fortress and stronghold of the state. The goal of the group is to impose the Islamist ideology in Syria and other areas. In June 2014, ISIS declared an independent state, announcing the establishment of a caliphate that spreads over Eastern Iraq and Western Syria. The leader of ISIS, Abu Bakr al-Baghdadi is announced as the leader of the state. In August 2014, the group beheads American journalist James Foley, the first of many journalists that will be killed and murdered by ISIS in the following months.

In May and August 2015, Isis continues its emergence, now seizing the city of Palmyra and blowing many of the temples in the ancient city.

In May 2013, EU lifted the arms embargo for Syria, a move that cleared the way for European countries to provide weapons and training for rebel groups in Syria.

Russia was supplying the Syrian regime with weapons since the start of the conflict, but the country officially joined the fight in September 2015, when Russia launched an airstrike on rebel targets in the country.

Syrian Civil War could have deeper impact on the world even after the conflict is settled. For the time being, the risk of starting a world war is slim to none, as Russia wants to show America that their aggression cannot go unchecked, but Putin doesn’t want to do that by starting a war. Both Putin and Obama are nearing their mandates, leaving their successor in a tough position. During his mandate, Obama made it a priority to improve the relations with Russia, but it seems like Syrian Civil War destroyed everything that the two countries were building previously.