Scientology explained! What is so mysterious in a simple religion? 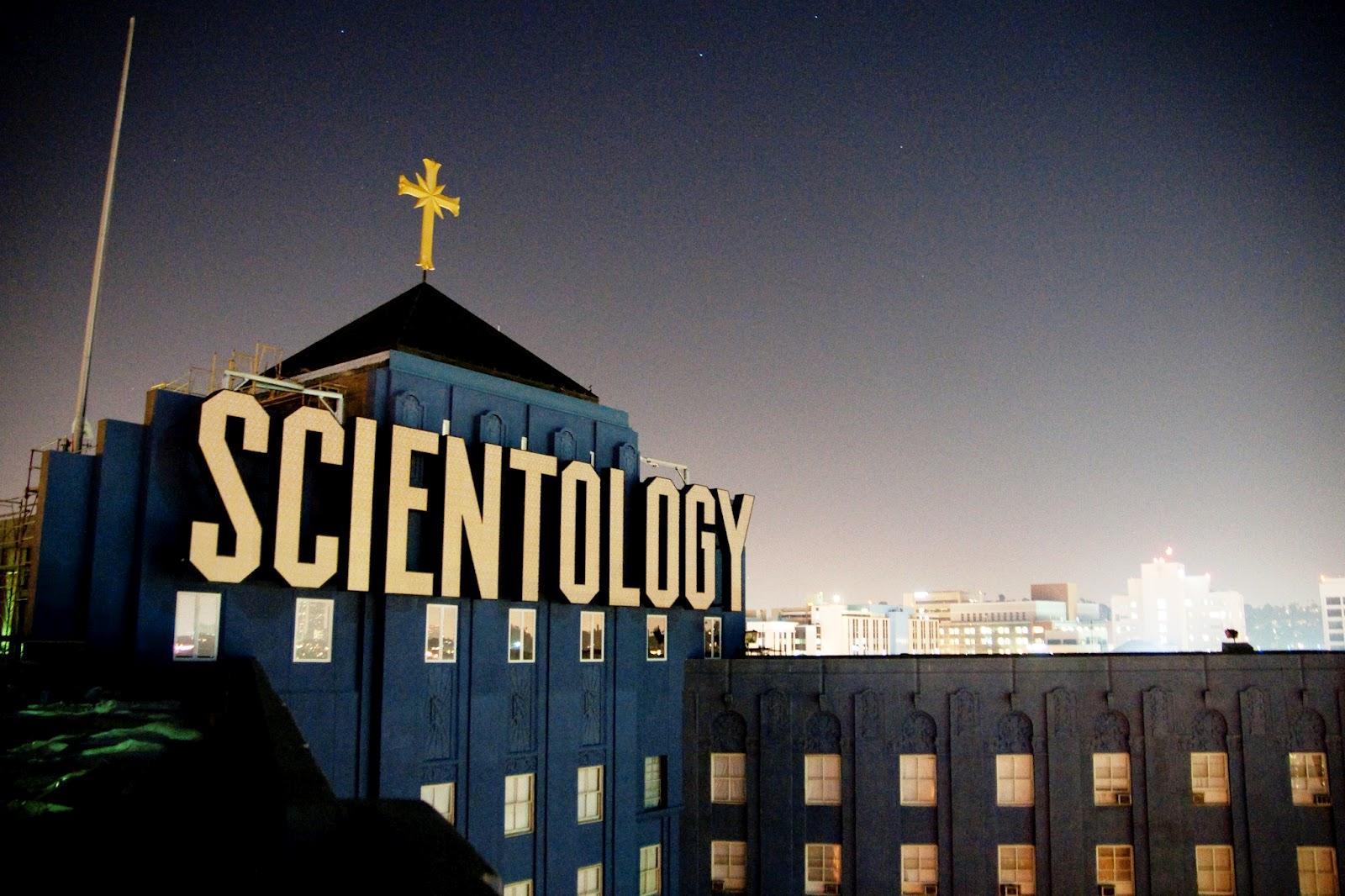 Scientology is new and rather young religion, but it is one that has become one of the most popular and controversial religions and movements in the past 10-15 years. Since the moment Tom Cruise and Katie Holmes joined Scientology, everyone cannot stop talking about it. So what is scientology exactly? And when did it started? In short, scientology is something you do, not something you believe in.

Ron Hubbard is considered the founder of Scientology. The novelist started writing books about self-health and self-consciousness. Among the first books he published was Dianetics: The modern science of mental health. In the book, he explained the process of auditing, a process in which a counselor guides the subject who recalls traumatic memories of his past, trying to resolve all the negative emotions that are associated with the said memories.

After he lost the rights for “Dianetics”, Hubbard wrote several other books on the topic of “self-help”. The next logical step for the novelist was to found a religion. In his words, Scientology is a religion that helps people improve themselves and their lives.

To put it shortly, the all beliefs in scientology are designed toward understanding the spiritual nature and relationship with yourself, with your family, with your groups and friends, the material universe, mankind, spiritual universe and lastly, the Supreme Being. In the essence of scientology is the belief that the “Man is far more than a product of his environment or his genes”. There are several fundamental truths in Scientology, and among them are:

- Man is an immortal spiritual being.

- His experience extends well beyond a single lifetime.

- His capabilities are unlimited, even if not presently realized.

- The church believes in the principle of reciprocity, involving give-and-take in every human transaction.

When creating Scientology, Jon Hubbard made sure to stress that the spiritual salvation of oneself depends mostly on himself, his friends and his attainment of brotherhood with the universe. The religion is not dogmatic, meaning scientologists are not asked to accept anything just on faith. On the contrary, individuals discover the principles by applying and observing the results.

According to Scientology, the one ultimate goal is spiritual freedom and enlightenment for everyone. The religion does that through enabling people to improve themselves through understanding. There are several stages in the beliefs, all that one must go through in order to get to the ultimate result. The founder, Jon Hubbard, put the ultimate test simply: “For a Scientologist, the final test of any knowledge he has gained is, 'did the data and the use of it in life actually improve conditions or didn't it?'" But let’s start with the phases.

The first phase, called “reactive mind” or “auditing” is when the individual absorbs all his emotional trauma, all his pain through auditing, or talking with a Scientologists. The second division in the mind that individuals must address is the analytical mind, which is the rational mechanism. The job of the reactive mind is to store mental image that are not ready to be processed by the analytical mind. Called “engrams”, and as the individual accumulates more and more of them, he/she is moving away from his true identity. The goal of Scientology is to move towards “clear state”, which is a state without mental images filled with trauma. The auditing process is a “one-on-one” session with a counselor and is very similar to confession.

To get a comprehensive view of one emotional state, Scientology uses a classification system “tone scale”. Knowing on what scale a person is makes it easier for scientologists to predict the actions of the individual. Scientologists use this tool during the auditing process, and they use it for assisting or improving the individual’s condition.

One of the main beliefs and principles in the Church of Scientology are the ARC and the KRC triangles. Both are concept maps showing the relationship between three concepts. The first triangle, the ARC triangle is a combination of three concepts: A-affection, R-reality and C-communication. The second triangle, the KRC triangle is combination of K-knowledge, R-responsibility and C-control.

Mainly, all of the beliefs in Scientology revolve around one simple term, “thetan”. Used as a term to express the cosmic source, thetan is actually life source and the true identity of an individual. According to scientologists, thetans can fall from grace if they identify with their creation. The goal is to find the original state of spiritual purity.

The highest state in the Church of Scientology are mythical teachings that are kept secret from members. Only those who can reach the highest, OT levels are allowed to study the levels above “Clear”. In the OT level, scientologists study cosmic catastrophes, which Hubbard describes as “space opera”. The story of Xenu (or Xemu) is the main principle in the OT levels. According to the story, the tyrant rule of the Galactic Confederacy brought billions of people on Earth in a spacecraft. He stacked people around volcanos, and then detonated hydrogen bombs into the volcanos. The result was thetans clustering together, sticking to the body of the living as they continue to do today. In OT levels, scientologists try to isolate their body thetans and neutralize the harming effects.

When Hubbard started scientology, he first started it as a movement, not a religion. He started publishing his books for self-discovery in 1952, and it wasn’t until 1953 that he got the idea to form a church and turn scientology into religion.

It was April 1953 when Hubbard wrote a letter, in which he proposed that Scientology should become a religion. In his letter, he discussed financial and legal benefits for Scientology if the movement and the beliefs are turned into religion. He proposed a chain of centers, where customers would have to pay $500 for a 24 hours session of audition.

In December the same year, Hubbard and his organization incorporated three churches in New Jersey, and in 1954, with his blessing, followers of Scientology set up the local Church of Scientology. The first church was established in California, with the movement spreading through US and other English-speaking countries. The second local church of Scientology was set up in Auckland, New Zealand. It was 1955 when Hubbard established the Founding Church in Washington DC.

There have been challenged for the existence of the church, as Australian government has banned the church, and the Church was forced to operate under a new name, the “Church of the New Faith”. 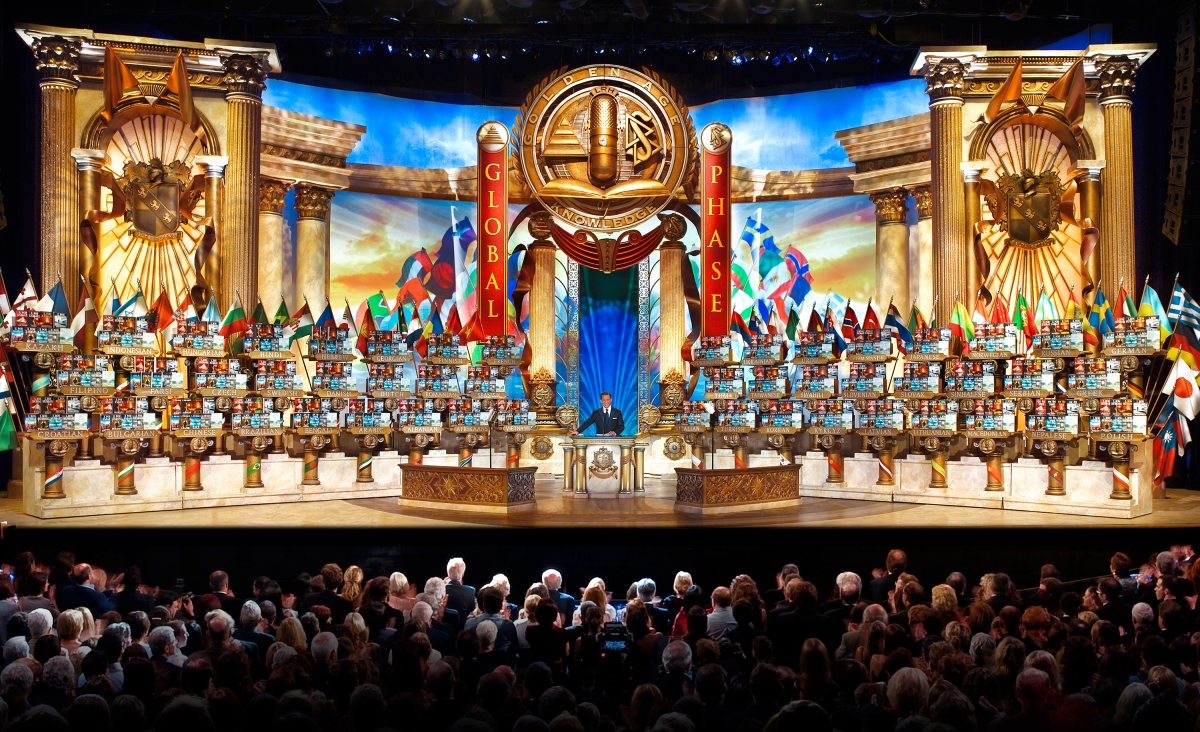 Scientology, the church and the organization consist of several hierarchy levels. The organization claims that Scientology is the fastest growing religion and movement on Earth. In 2007, the Church claimed has more than 3 million members just in the United States. However, according to statistics and surveys, the number of members is dropping, and the real number is somewhere close to 100,000 members worldwide.

The highest level of hierarchy in Scientology is the Sea Org that is compared to monastic orders from other religions. The Sea Org is the highest level, composed of the most dedicated adherents. According to some sources, there are around 5,000 members in the Sea Org, all of which pay a “small fee” of one billion dollars per year.

The most controversial justice system in Scientology is the Rehabilitation Project Force. The RPF has a sole purpose to examine the case whenever a member of the Sea Org is accused of any violation, no matter if it is outside or inside the Scientology Church. If the member is found guilty, he must join the rehabilitation force to work his way back to Sea Org. Being part of the rehabilitation involves five hours of auditing and studying per day, as well as eight hours of work, mostly physical labor.

As for legal affairs, the Church of Scientology has the Office of special Affairs. Some outsiders believe it is an intelligence agency, very similar to the CIA and the KGB.

Practice and training organizations are where common members. For many scientologists, the first contact with the Church and the religion is through these local informal groups. It is where members receive their introductory training, and where they participate in events. All churches and missions of scientology are licensed franchises, and they offer their services for a fee. A proportion of the income is sent back to the mother church.

Tom Cruise is one of the most popular celebrities endorsing and supporting Scientology, but there are many more. In order to attract celebrities, the Church of Scientology has opened special celebrity centers, with the main one operating in Los Angeles. There are others in Paris, Nashville and many other big cities. The celebrity centers have one purpose, and that is to organize and plan celebrity events, where they can search for celebrities and invite them into their movement.

In the words of the founder, Ron Hubbard, “Celebrities are very Special people and have a very distinct line of dissemination. They have comm[unication] lines that others do not have and many medias [sic] to get their dissemination through” (Flag Order 3323, 9 May 1973).

Many experts consider that celebrities are naturally attracted to Scientology, and that the religion fits their personality and lifestyle the best. Scientology is very individualistic religion, and it gives people who practice it ultimate power over their own mind. For celebrities, Scientology is a religion that provides them with spiritual validation for their lifestyle and wealth. In a way, the religion says to celebrities “It is all right to be wealthy and famous, and that is the sign of your spiritual development”.