Roland Garros – Who Was He? 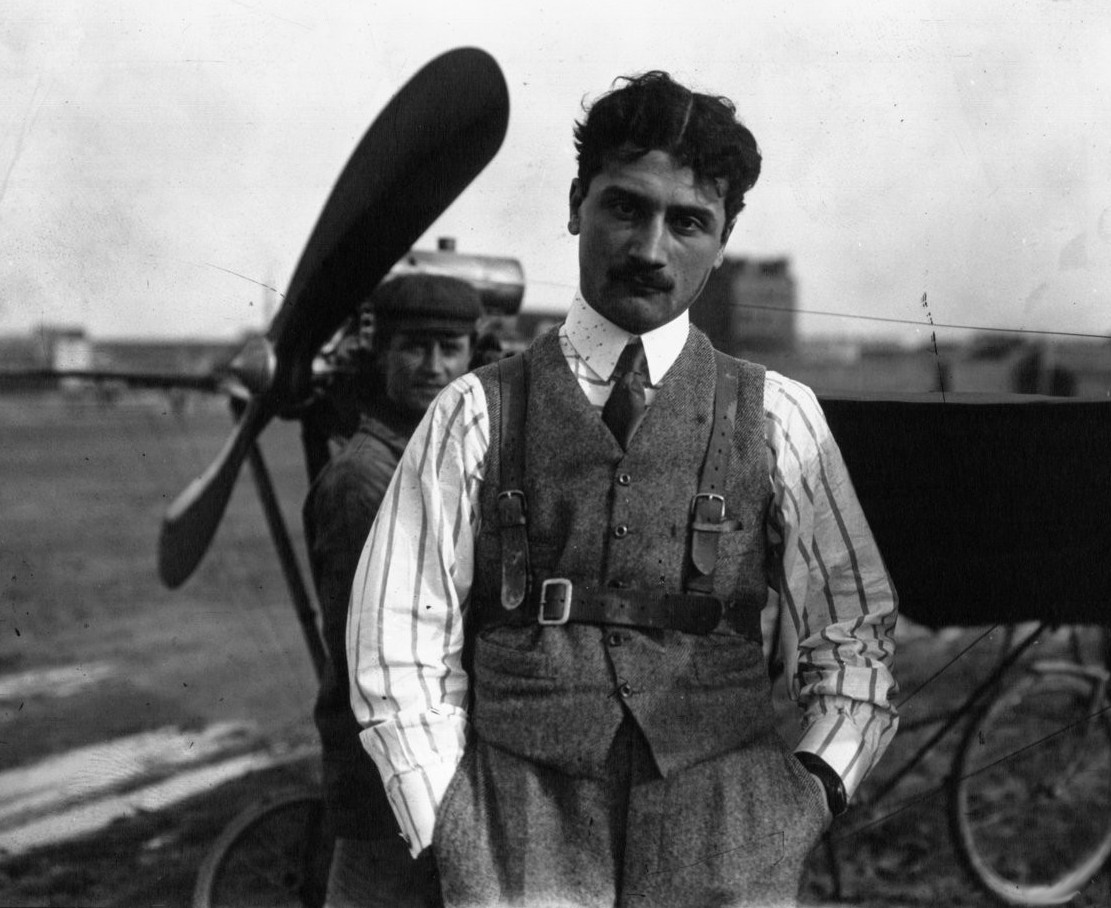 When you think of the world of tennis, the Roland Garros Open Tournament is one of the most prestigious and famous championships. Every tennis player in the world wants to win it. Who do you think the championship got its name after?

When you think of the world of tennis, the Roland Garros Open Tournament is one of the most prestigious and famous championships. Every tennis player in the world wants to win it. Who do you think the championship got its name after?
The French Open is one of the four official Grand Slam tournaments. While many people know about the tournament, not many know who Roland Garros was.
Of course, many would assume it was some famous tennis player. But people in France know him. Yet, those outside of France might not have heard a lot about Roland Garros.
No, he was not a tennis player. Born in October 1888, he was a pilot during World War I.

Who was Roland Garros?

Born Eugene Adrien Roland Georges Garros, he was a French aviation pioneer and fighter pilot. Garros began his career in aviation in 1909 and performed several early feats before joining the French Army. He became one of the earliest fighter pilots in World War I.

Garros was responsible for several innovations during the war period. For example, in the early stages of the air war in WWI, the problem of mounting a forward-firing machine gun on combat aircraft was considered by several people.
Garros made several attempts at shooting down German aircraft, but his efforts were not successful due to the difficulty in hitting an aircraft with a hand-held carbine.
Raymond Saulnier, a French aeronautical engineer began working on a synchronizer, a tool that times the firing of the gun with the position of the propeller before WWI.
Roland Garros, as a workaround, and with the help of his mechanic Jules Hue, developed protective wedges, fitted to the slightly narrowed propeller blades which deflected the occasional round which would have otherwise struck the propeller.
Thanks to his workable installation, Garros achieved the first ever shooting-down of an aircraft by a fighter firing through a tractor propeller on April 1st, 1915. He had two more victories over German aircraft on 15 and 18 April the same year.
For this invention, the Aero Club of America awarded him a medal three years later.

His connection to tennis

His career might not have had anything with tennis. But when he was hit, and sent to prison, he spent three years in containment.
But the connection with tennis something to do with his prison years. He got out of prison after people from France sent him a hidden map of Germany. He received the map in a tennis racket. The grip contained a coded message and the map of Germany.

Why was he asking for a tennis racket? Maybe because he was obsessed with tennis during his studies in Paris. He played tennis recreationally, but nothing more.
He and another French pilot escaped from prison on 14 February 1918. Their adventure took them from the Netherlands, through London in Britain, and then Paris. There, they were welcomed as heroes.

Many people remember Garros as the world’s first fighter ace. Yet, he only shot down four aircraft. The definition of ace was set at five or more victories.
It was another Frenchman who got the first ace, Adolphe Pegoud. He had six victories early in the war.
But that was not a problem for the tennis center constructed in Paris in the 1920s to be named after Roland Garros.
La Reunion’s international airport is also named after him. And there is a monument to Garros in Bizerte at the site of his landing, called Roland Garros Plaza.
In 2005, French car manufacturer Peugeot commissioned a Roland Garros limited edition version of its 205 model in celebration of the tennis tournament. Later on, the company created limited edition versions of the 106, 108, 206, 207, 208, 306, 307, 406, and 806 models. 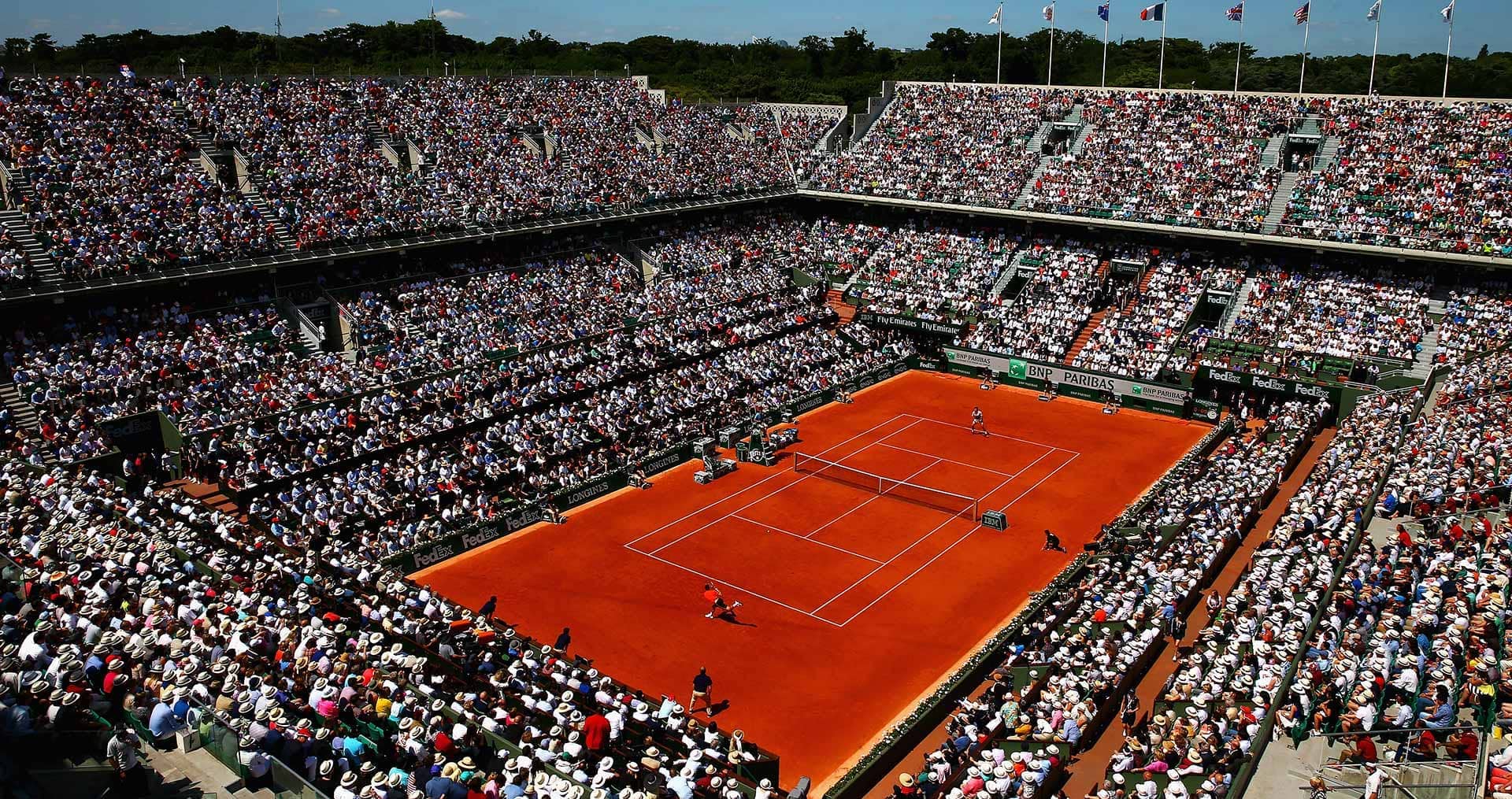 Emile Lesueur, who was serving as president of the Stade Francais at the time, registered the venue be named after his former classmate, who died during World War I.
His request was ultimately granted and the venue has been known as Roland Garros ever since.

Who has won the most titles at Roland Garros?

Rafael Nadal has won a record 13 French Open titles. Five of them were won consecutively. Among the ladies, Chris Ever has won the tournament seven times, making her the most successful woman player at the tournament.
Ken Rosewall won the first male tournament in 1968, while Nancy Richey triumphed in the same year among the ladies.