Point Nemo – The Most Remote Location on Earth 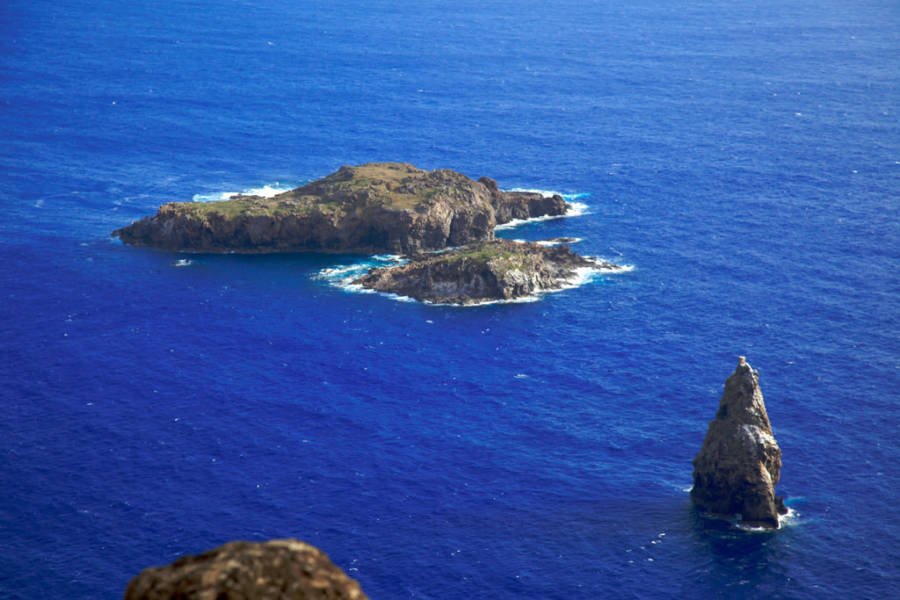 Officially known as “the oceanic pole of inaccessibility”, Point Nemo is the point in the ocean that is farthest away from land. Located at 48°52.6′S 123°23.6′W, the spot is quite literally in the middle of nowhere. It is surrounded by more than 1,000 miles of ocean in every direction

What do people think when they say, “in the middle of nowhere”? Well, would you believe it there us such place? Scientists have actually figured out precisely where that point is. Called Point Nemo, it is the most remote location on Earth. It is so far removed from civilization that the closest humans to the location at any given time are have astronauts.

Where is Point Nemo?

Officially known as “the oceanic pole of inaccessibility”, Point Nemo is the point in the ocean that is farthest away from land. Located at 48°52.6′S 123°23.6′W, the spot is quite literally in the middle of nowhere. It is surrounded by more than 1,000 miles of ocean in every direction. The closest land is one of the Pitcairn Islands to the North, and the Easter Islands to the northeast.
Of course, there are no human inhabitants. The name Nemo is Latin for “NO one” but also reference to Jules Verne’s submarine captain from 20,000 Leagues Under the Sea. 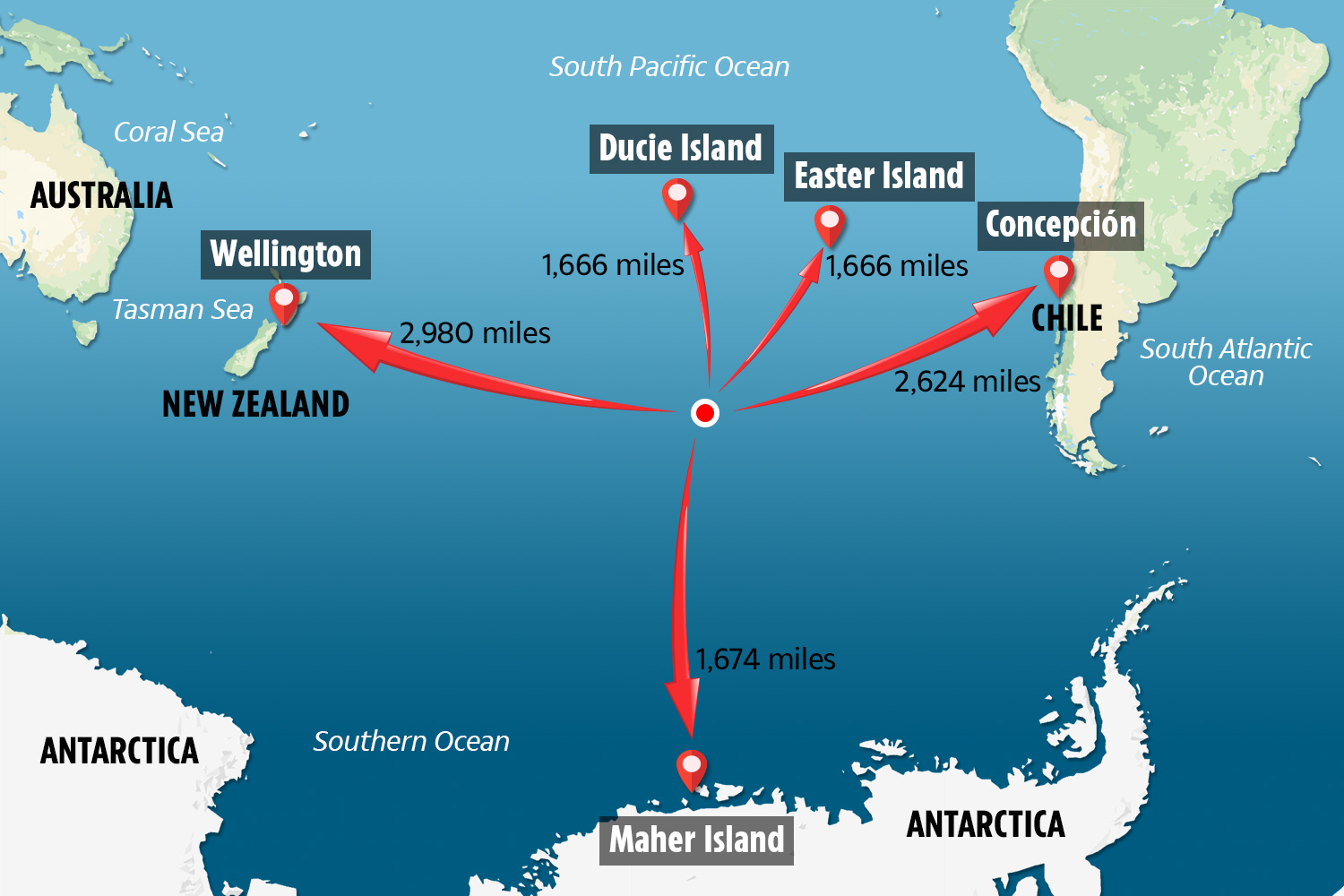 Astronauts aboard the International Space Station are the closest humans to Point Nemo. They are around 256 miles from their home planet at any given time, and because the inhabited area closest to Nemo is more than 1,000 miles away, humans in space are closer to the pole.
Fun fact: not even the man who discovered the location has ever visited it. Survey engineer Hrvoje Lukatela located the point in the ocean in 1992 as the farthest away from any land. He used a computer program to calculate the coordinates.

We can say the location has been described as “the least biologically active region of the world ocean”. That is why scientists were surprised when in 1997, they detected one of the loudest underwater sounds ever recorded near the pole.
It was captured by underwater microphones more than 3,000 miles apart. Scientists at the National Oceanic and Atmospheric Administration were at a loss to think of something large enough to create such a sound. So, the mystery received the name “The Bloop”. 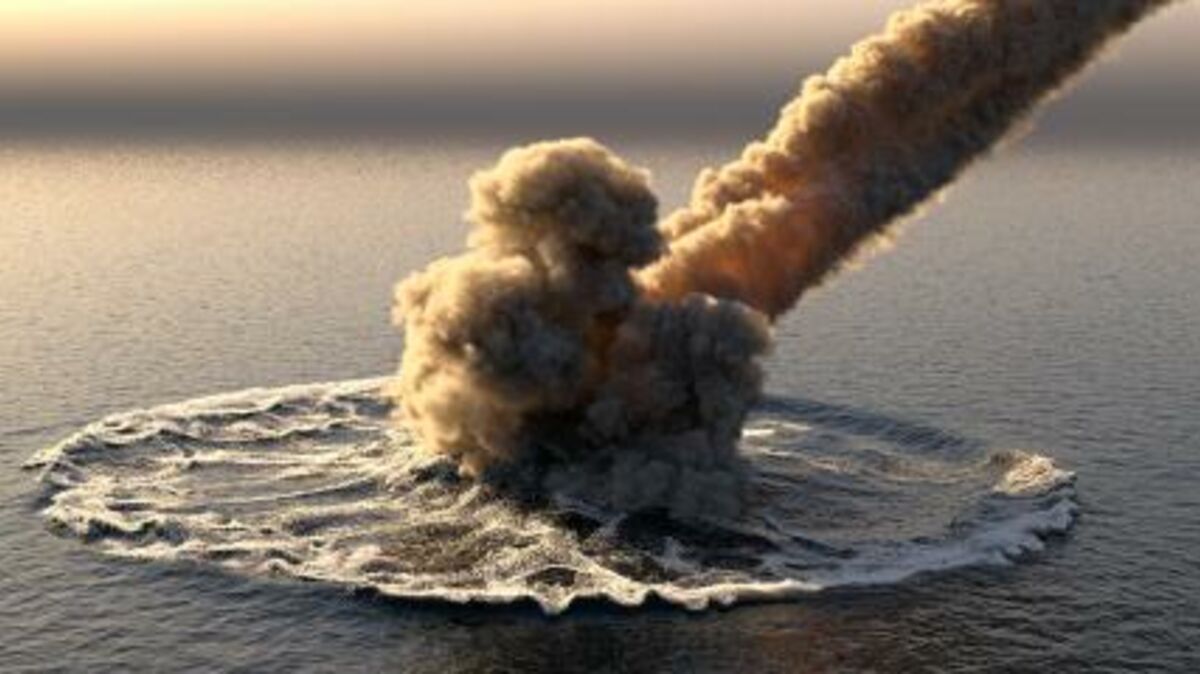 The popular and common theory is that The Bloop was actually the sound of ice breaking off of Antarctica and not the call of Cthulhu.

Some people call it space junk cemetery, or spaceship graveyard. In any case, because of its remote location, it serves as the perfect place to discard old rockets and satellites. So far, more than 100 decommission space craft have been left there.

Remember, autonomous spaceships are not designed to survive re-entry into the Earth’s atmosphere. The heat will destroy them. So, scientists need to select an area with an extremely low risk to land the space-flying debris.
And Point Nemo offered the perfect solution.

- You cannot see it because it is not a land, it is an invisible spot in the vast Southern Ocean furthest from land in any direction
- To be precise, it is 1,670 miles away in every direction, or 2,688km
- To this day, it serves as a source of excitement for scientists
- No, the place was not named after a fish. Instead, the name is a tribute to Captain Nemo from Jules Verne’s 20,000 Leagues Under the Sea novel and the Latin translation of Nemo that means “no man”
- The only rare visitors and people who even came close to Point Nemo are the participants in the Ocean Race, a yacht race around the world that happens every three to four years

In this episode of Mystery Places, we travel to the richest country in the world, visit a mind-blowing hotel in Italy, and visit the USA in Germany.We also check out a chicken-shap...

44:18
Conspiracy
How Does Vampire Folklore Differ Around The World?

The legend of blood sucking vampires has captured peoples’ imagination for generations. A crack team of archaeologists and forensic scientists have uncovered hard evidence for th...

07:32
Conspiracy
Inside a Neo Nazi Music Festival | Decade of Hate

Music festivals, like most cultural events, were badly affected by the coronavirus pandemic, impacting both the smallest of DIY festivals to behemoths like Glastonbury.And this was...