North Sentinel Island – The Most Isolated Place on Earth 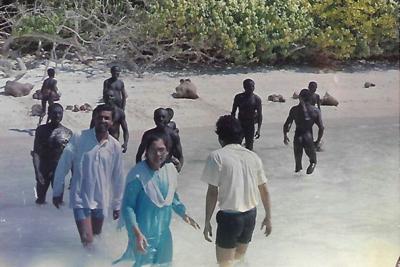 The North Sentinel Island is widely considered the most isolated island in the world. The Sentinelese have spent thousands of years in isolation from the rest of humanity, and they intend to keep it that way

If you ignore the exclusion zone surrounding North Sentinel Island, you may end up dead. Yes, the island located far into the Bay of Bengal in the Indian Ocean is home to the Sentinelese, an indigenous tribe that wants to live in isolation.

The North Sentinel Island is widely considered the most isolated island in the world. The Sentinelese have spent thousands of years in isolation from the rest of humanity, and they intend to keep it that way.

The island is the size of Manhattan. Not only are the Sentinelese considered the most isolated tribe, they are also considered one of the most dangerous tribes in the world. They made headlines in 2006, after two fishermen were killed for illegally approaching the island. After that incident, a 3 mile zone has been imposed around the island, and the tribe has kept low profile since then.

Who governs the island?

Nominally, the island belongs to the South Andaman administrative district, which is part of the Indian union territory of Andaman and Nicobar Islands. However, in practice, the Indian government recognizes the islanders desire to be left alone. They restrict their role in governing in simply remote monitoring.

The Indian government doesn’t prosecute the local tribe for killing non-Sentinelese people. Basically, the island is in effect a sovereign area under Indian protection.

In a desire to boost tourism, the Indian government excluded 29 islands, including North Sentinel from the Restricted Area Permit regime in 2018, to be in effect until 2022. However, in November 2018, they announced it was a move only to allow researchers and anthropologists, not tourists.

The Andaman and Nicobar Regulation provides protection to the Sentinelese and other native tribes in the region. In 2005, the administration stated they have no intention of interfering with the lifestyle or habitat of the local tribe. They are also not interested in pursuing any further contact with them or governing the island.

Who are the Sentinelese?

The Sentinelese are the most isolated tribe in the world, as mentioned previously. They are one of the few tribes that do not allow researchers or scientists anywhere near their island and area. And they autonomy. They have captured the imagination of millions, as they live on their own small forested island.

Nobody knows the exact population of the Sentinelese. Officials usually stand in a boat offshore and conduct a visual census of the population. In 2001, they counted 21 men and 18 women, and in 2011, 12 men and 3 women. But the system has flaws, and many think there are between 50 and 100 individuals on the island. 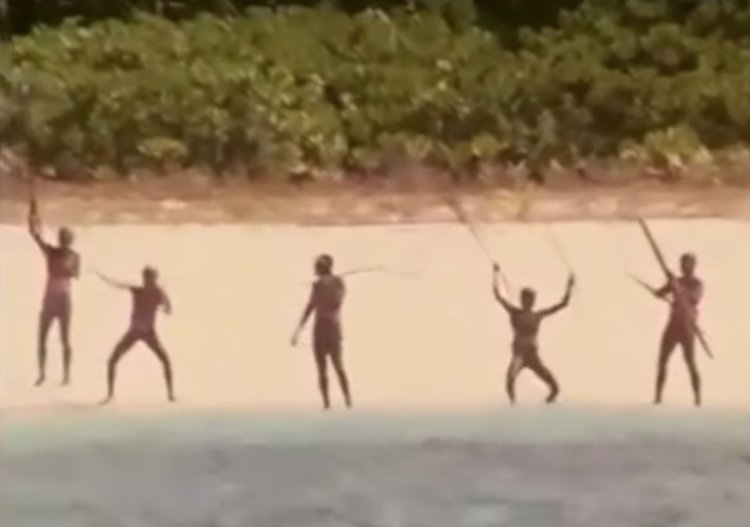 They have made it clear they do not want any contact with the modern world. Most of what is known about them has been gathered by views from boats.

The Sentinelese people hunt and gather in the forest, and fish in the coastal waters. Unlike their neighboring tribes, they make boats, which are very narrow outrigger canoes. Their boats can be used only in shallow waters.

According to people that have explored them, the Sentinelese live in three small bands, and have two different types of houses. The first one is large communal hunt with several hearths for a number of families. And the second is temporary shelters, with no sides, and they are often placed on the beach.

From what can be seen from a far, they are extremely healthy and thriving. They look proud, strong, and healthy. Women in the tribe wear fiber strings tied around their waist, neck and head, while men wear necklaces and headbands, but with thicker waist belt.