Michael Jordan, the Stories Proving he is not a Human 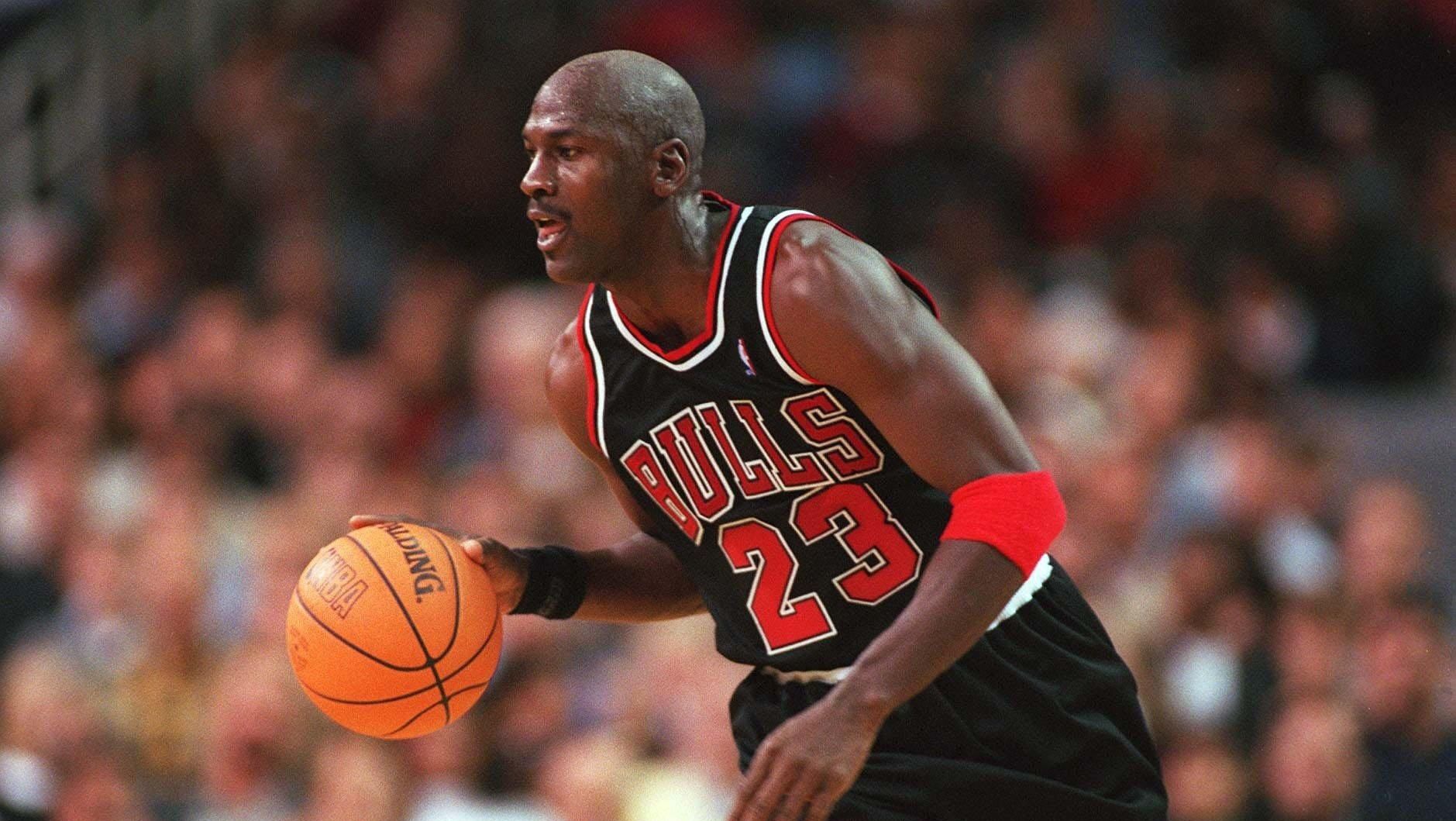 Michael Jordan is widely regarded as the greatest basketball player of all time. Few can come close to his legacy. With six championship rings on his fingers, six Finals MVP trophies, and a countless of wins, MJ is a legend in every sense of the word. With the NBA Finals underway, it might be time to remind younger generations of the heroics by Jordan. What truly makes him a legend is not the six championship rings, but the stories behind the scenes. It’s been almost 20 years after his retirement (not counting the Wizards years), and yet we have yet to see a player displaying more passion, more heart and work ethic as Jordan. Let’s take a look at some of the stories that contribute to the myth and legendary status of Jordan.

Back at the time, Michael Jordan was the best offensive player in the world, and Dikembe was known as the best shot-blocker in the league. His signature winger wag was a sight for fans every time Dikembe blocked a shot. It was an insult for opposing players, a way of telling them he is better, and they cannot beat him. Jordan dropped 37 points on Mutombo and his Nuggets team the first time the two met. At the end of the game, Jordan made a free throw with his eyes closed, telling Mutombo “this one is for you”. The trash talk continued, and reached its cumulative point at the 1997 All-Star game, when Mutombo taunted Jordan, telling he never dunked on him. Jordan claimed “I will get you one day”, and that day came during the 1997 NBA playoffs. After the dunk, Jordan made the signature finger wag at Mutombo.

If you have ever watched Space Jam, you know Muggsy Bogues was part of the alien team. And Jordan destroyed them in the movie. The plot in the movie was that aliens took over the talent of several NBA players to form a team. But it can also be said that Jordan stole Muggsy’s talent and ruined his career. With the Hornets down 1, Muggsy had the ball in his hands, and Jordan on the opposite side. Jordan taunted the smallest player on the floor at the moment to “shoot it you effing midget”. Bouges missed the shot, and his career took a downfall. Years later, he admitted he lost the confidence in his shot on that play.

The “Shrug” and Drexler

During the 1991-1992 season, Sport Illustrated compared Michael Jordan and Clyde Drexler, saying that Drexler is the biggest rival Jordan has in the league at the moment. The magazine went as far as saying that the difference between those two is not big. The story continued during the season, and escalated during the 1992 playoffs. And then the two superstars met in the 1992 Finals. It took Jordan only one game to show who is who in the Finals, scoring record 35 points in the first half of Game 1, en route to total of 39 points in the blowout victory.

The Bulls won 122:89, the second largest margin of victory in the Finals at that time. And what is more important, Jordan made record six three pointers, a record at the time for a Finals game (Ray Allen holds the record now with eight made 3s). After the sixth three pointer, Jordan gave the Blazers bench a shrug every time he hit a 3-pointer. Portland wanted MJ to take three pointers, and he beat them by doing exactly that.

Jordan was obsessive with winning, and it showed even at scrimmages and practices. He didn’t wait to show his dominance in a playoff game or Finals game, he showed his dominance everywhere. For the 1992 Olympics, the United States sent the greatest team ever assembled, featuring Jordan, Bird, Magic Johnson, David Robinson, Charles Barkley and many more. Preparing for the Olympics, the team held closed practice scrimmages, featuring the Dream Team against college stars. The team of young stars included Allan Houston, Chris Webber, Grant Hill, Bobby Hurley and many more. They won the first game 62:54, with Houston being the leading scorer. The very next day, before the game started, Jordan told his teammates “I got him” pointing to Houston. The legend goes that Allan didn’t touch the ball for two hours as the Dream Team annihilated the young stars.

Is he Big Enough?

Michael Jordan loved to dunk, and loved to dunk on people. He saw dunking as a way to embarrass people. During the 1987 season, the Bulls were playing the Jazz, Stockton gambled on a pass, MJ caught the ball and dunked. Someone from the Utah’s bench told Jordan to pick “someone your own size”. Jordan was still a young player, so he didn’t run from the challenge, as he would continue to do so through the course of his career. On the very next possession, as he ran to the basket, he saw seven footer Mel Turpin in front of him. After he dunked, he asked “Is he big enough”?

Jordan averaged 44 points against Cleveland during the 89-90 season. Cleveland and Chicago were heading in different directions, with the Bulls claiming the third seed in the East, while the Cavs needed a late surge for the 7th seed. But in a game on March 28, Jordan destroyed the Cavs. He was scoring so effortlessly, so he decided to make it more fun. It was easy, so Jordan needed something extra. After the first half, he started telling the man guarding him, Craig Ehlo, exactly how he is going to score. And he still managed to score.

In the 1995-1996 season, the Chicago Bulls set a record for most wins in a season at 72-10. In a game early in the season, against the expansion team the Vancouver Grizzlies, the Bulls were trailing in the fourth. Grizzlies guard Darrick Martin hit a shot, and said to Jordan who was sitting at the bench, “I told you we were going to beat you tonight”. Jordan checked into the game, and scored 19 points in six minutes. The Bulls won the game 94:88, and Jordan said “little man, I told you not to trash-talk me”.

The best at 43 years old

There was a time O.J. Mayo was considered the best player among college players. He was drafted third overall, and before the draft, he was part of a Michael Jordan camp. At the time, Jordan was 43 years old. Mayo was all about trash talking, saying he is the best player, that MJ cannot guard him and so on. MJ shut down the camp, sent all the campers back home, and played pickup against Mayo, scoring on almost every possession, and showing the young player his place. Few years later, Mayo had only this to comment “Michael is Michael”. Jordan rained shots ,taunting Mayo to “cry at his mother”. After the game, MJ told Mayo “you might be the best high school player, but I am the best player in the world”.

Jordan was competitive only on the basketball court, he was vicious off the court as well, and in every other sport he played. The story goes that a teammate once beat MJ in ping pong. Jordan took it upon himself, bought a table, and practiced for six months, just so he can beat his teammate in the rematch.

Personal Triumphs
Meet Betty Cohen – The Woman who made the 90’s Awesome
Betty Cohen founded Cartoon Network in 1992, and she brought some of our favorite cartoons to life
Benjamin Franklin the Inventor
Between running a print shop, starting the first lending library in America, engineering the postal system, and helping ...
Seven People who should have won Nobel Peace Prize, but didn't
Chemistry, Physiology, Literature, Physics, and Peace are the five Nobel, but the Peace is the most coveted, the most si...
Four of the Best Sports Documentaries from the Current Decade
These sports documentaries are not just for diehard fans, they are a great movies which will inspire know-nothings and h...