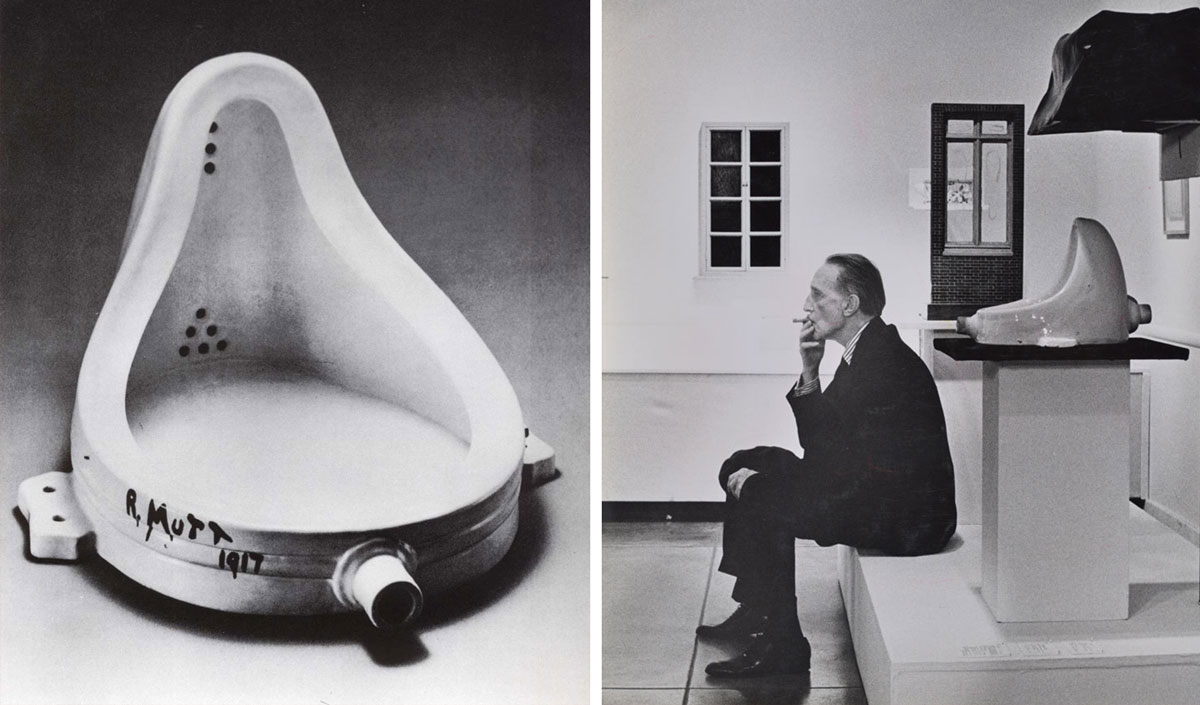 The “Fountain” was submitted to the Society of Independent Artists, which is one of the first venues for experimental art in the United States. And from the moment it was submitted, it produced a new form of art, which Duchamp called “readymade”

Looking at the Fountain, Marcel Duchamp’s famous structure, you might wonder why it has such a prominent place in the art history books. But the factory-produced urinal Duchamp submitted as a sculpture to the 1917 exhibition of the Society of Independent Artists in New York is definitely a piece worth mentioning.

Let’s be honest, you are not alone in asking why it has such a prominent place. The piece has generated controversy from the moment Duchamp purchased it and tried to sell it to the exhibition as a prominent piece of art. What is not mentioned is his intention all along, and that was to puzzle, amuse, and provoke the viewers.

The “Fountain” was submitted to the Society of Independent Artists, which is one of the first venues for experimental art in the United States. And from the moment it was submitted, it produced a new form of art, which Duchamp called “readymade”. The idea is for the artist to use a mass-produced or found object, and transform it into art by the operation of selection and naming. Readymade art challenged the very idea of artistic production, including what constitutes as art in a gallery or a museum.

The fountain was not the only shocking sculpture at the time. In fact, there were others, like the “A little water in some soap” piece by Beatrice Wood. It was an actual bar of soap nailed to the canvas to cover the private parts of a crudely drawn nude woman emerging from a bath.

But it was the Fountain that was so offensive to the traditions of art, that the directors refused to show it. It is worth noting that they were praised as one of the most democratic societies for art. Their stance for democracy in art is legendary.

The Society of Independent Artists claim they will accept any work of art, as long as the artist pays the application fee, which was $6 at the time. And the story becomes even more legendary. Duchamp was actually a member of the board of the Society. After they refused to show his sculpture on the grounds it seemed like a practical joke and that it was not true work of art, he resigned in protest. The society released the following statement back then “The Fountain may be a very useful object in its place, but its place is not an art exhibition and it is, by no definition, a work of art”.

But the Fountain challenged the traditions of art in an extreme way, similar to art from the Vorticist, Cubist, and Futurist movements.

What is a work of art?

Ever since the Fountain was refused in 1917, artists have been trying to define what is actually a work of art. Artists and intellectuals surfaced on both sides of the issue.

But one of the best explanations is by Beatrice Wood, who also had a controversial subject at the exhibition. She wrote:

“ Whether Mr Mutt with his own hands made the fountain or not has no importance. He CHOSE it. He took an ordinary article of life, placed it so that its useful significance disappeared under the new title and point of view – created a new thought for that object”.

Duchamp championed the use of “readymade objects” for many years. He claimed that existing objects taken from real life can be re-contextualized to function as a work of art. It was that idea, art primarily as a concept rather than an object, is what made the Fountain one of the most captivating and challenging art pieces.

And at the end of the day, what is a work of art? Who gets to decide? Is it the artist, or the critic? Can a work derive from an idea alone, or does it require the hand of a maker? It is these questions that the Fountain tried to answer.

Legacy and influence of the Fountain

For more than a century, the Fountain has spawned myriad offspring and fueled numerous debates. What was his intention? How was the work conceived? And many more. And these unanswered questions are precisely what contributed to the legacy of Duchamp.

In December 2004, the Fountain was voted the most influential artwork of the 20th century by 500 selected British art world professionals. Just look at the pieces left behind. Picasso’s Les Demoiselles d’Avignon was second place, and Andy Warhol’s Marilyn Diptych was third place.