Lise Meitner - The forgotten woman who should have won Nobel Prize 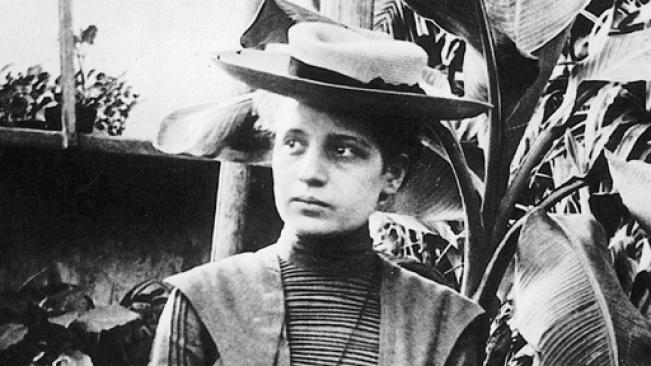 Many believe Meitner was robbed of a Nobel Prize, as the award was given to her colleague Otto Hahn, one of the other scientists, physicist and chemists working on the project of nuclear fission

Lise Meitner was a key figure in discovery of nuclear fission. However, her role in the experimental and the theoretical discovery of the fission was never properly awarded. The discovery deserved a Nobel Prize, but she never won one. Many believe Meitner was robbed of a Nobel Prize, as the award was given to her colleague Otto Hahn, one of the other scientists, physicist and chemists working on the project.

Lise was born in 1878 in Austria, and she was the daughter of an intellectual family. Even at her early age, she displayed talent and interest for mathematics and science. However, due to laws and prohibitions, Lise was not able to attend a university up until 1901. In 1893, Austria allowed women to enroll to university. She passed the entry exam in 1901, at 23 years of age. Meitner enrolled at the University of Vienna, where she attended the lectures of then famous physicist, Ludwig Boltzmann. Those classes had huge influence on her career and life choices. By the time Meitner was studying at the university, two important discoveries were made in the field of physics: the discovery of radioactivity in 1896 and the electron in 1897.

In 1906 Meitner received her PhD for her experimental work on heat conduction. She was the second woman to receive a doctorate in physics from the University of Vienna. Even though universities were now open for women to study, they were still closed for women holding a faculty position.

She moved to Berlin in 1907 where she attended lectures of Max Planck, an established physicist. During those lectures, she met Otto Hahn, the man with who she discovered nuclear fission. They worked together for 31 years, as her background and knowledge in physics complemented Hahn’s chemical expertise.

Meitner and Hahn started working together in 1907 and during their first years of work, they discovered few new isotopes which they presented in their paper on beta-radiation in 1909. In 1912, they moved to a new institute in Berlin, the Kaiser-Wilhelm Institute. Hahn had its own department of Radiochemistry there, where Lise worked for free as a guest. Meitner got a position within the institute in 1913.

Following the World War I, Lise continued her work, and in 1917, she and Hahn discovered an isotope of the element protactinium. The same year, she got her own section for physics at the Kaiser-Wilhelm Institute.

The following years were hard for Lise, with the Anschluss and the Union between Nazi Germany and Austria. She moved to the Netherlands with the help of her colleague Otto Hahn in 1938.

Meitner hadn’t met with Hahn until November 1938, few months after she escaped into the Netherlands. They met in Copenhagen, and they later started exchanging letters in which they discussed the possibility of experimenting and bursting uranium into two other elements. Since Hahn had the equipment and the laboratory, he performed the experiment in 1938 and the evidence showed that fission is the only explanation for barium, an element he got by “bombing” uranium with neutrons and splitting the element into two lighter ones, barium and krypton. He wrote to Meitner for the success, and in 1939, both Hahn and Meitner published a note in the magazine Nature in which they described the experiment and how they split uranium. They called the process “fission”, making an analogue to the biological fission, a process of cell division. The note ignited interest from nuclear physicists around the world.

It is worth noting that scientists and physicists suggested before that uranium could be split by neutron bombing. However, Meitner and Hahn were first to articulate the theory using a “liquid-drop model”. According to Meitner, no other stable element, aside from uranium, can overcome the strong nuclear force of neutron bombing. They also used Einstein’s equation, E=mc2, to explain the source of energy in the process of nuclear fission.

Both Hahn and Meitner admitted that neither chemistry, nor physics could achieve the process individually and that both departments played a role in the nuclear fission process.

Nuclear Fission and the Atomic Bomb

First off, we must note that Lise Meitner had no connection with the Manhattan Project and the atomic bombs used in the World War II. However, the risk of nuclear fission being used as a weapon was recognized in 1939, when Meitner and Hahn published their project in several papers. In 1940, Frisch and Rudolf Peierls, two scientists, produced a memorandum that explained how an atomic explosion can be generated using the process of nuclear fission. Their memorandum led to the Manhattan Project in 1942 and the creation of the atomic bombs. After the Hiroshima bombing, Meitner said she had nothing to do with the bomb, that it was a surprise to her and she is “sorry the bomb had to be invented”.

In 1945, Otto Hahn was awarded the 1944 Nobel Prize in Chemistry. The official release stated he won the award for his “discovery of the fission of heavy atomic nuclei”. While he deserved the award, for his work, many argued back then that he should have shared the award with Lise Meitner. Even Lise wrote to her friend B.Broome Aminoff that she deserved credit. In her letter, Lise writes “Hahn fully deserved the Nobel Prize. But I Believe that I and Otto Robert Frisch contributed to the process and the clarification of it”. As a consolation prize, Lise received the honor of “Woman of the Year” in 1946 during her visit to the United States. She met with President Harry Truman and lectured at several high profile US universities, including Princeton and Harvard.

And while Hahn could not share his Nobel with Lise, he suggested and proposed Lise for other awards. On his proposal, Meitner was awarded the Peace Class of the Pour le Merite, the highest German order for scientists. She was nominated to win the Nobel Prize more than 10 times, but never won. However, in 1997 she received a special recognition, as the element No. 109 was named meitnerium in her honor.

Everyone knows Marie Skłodowska-Curie as a female winner of Nobel Prize in scientific departments, either physics or chemistry. However, there are other female winners in these departments, and it is sad that Lise Meitner was not included in that group. The group includes Irène Joliot-Curie(1935 in chemistry for synthesis of new radioactive elements), Maria Goeppert-Mayer (1963, physics, for discoveries in the nuclear shell structure), Dorothy Crowfoot Hodgkin (1964, chemistry, determinations of X-ray techniques), and Ada E. Yonath (2009, chemistry, studies of the structure of the ribosome).