Le Duc Tho – Why he Refused the Nobel Prize Award? 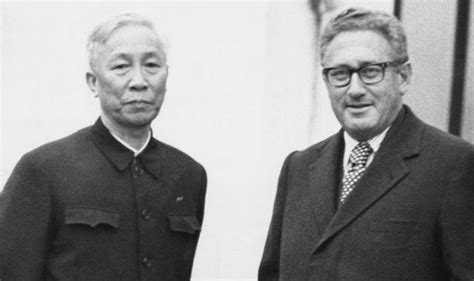 In 1930, he helped found the Indochinese Communist Party with other young revolutionaries. That includes the future leader of North Vietnam, Ho Chi Minh. In 1930, he got arrested by the French for his political activities. He served in prison from 1930 to 1936 and then from 1939 to 1944

Le Duc Tho was a Vietnamese revolutionary, general, diplomat, and a politician. He was the first Asian to win the Nobel Peace Prize, albeit jointly with United States Secretary of State Henry Kissinger. But he refused to accept the award. This puts him in a unique category of Nobel Peace Prize winners.

He remains the first and only person to voluntary refuse the award. So far, there have been more than 130 recipients of the Nobel Peace Prize. But none refused to accept it except for Tho.

Born in 1911 in a village in a province in northern Vietnam, he adopted the name Le Duc Tho years later in order to hide his true identity. He was originally born as Phan Dinh Khai. At the time of his birth, Vietnam was a French colony known as French Indochina.

By the time he reached his teenage years, he started organizing demonstrations against French rule and actively promoted Vietnamese independence. 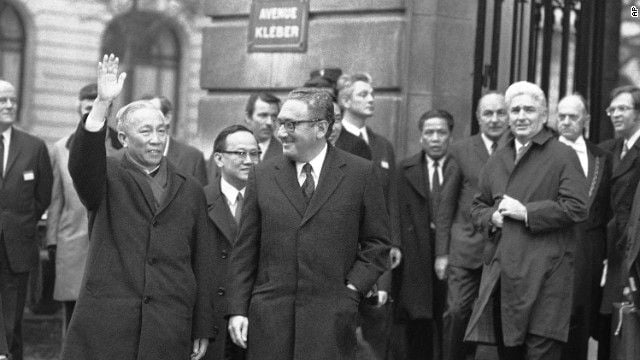 In 1930, he helped found the Indochinese Communist Party with other young revolutionaries. That includes the future leader of North Vietnam, Ho Chi Minh. In 1930, he got arrested by the French for his political activities. He served in prison from 1930 to 1936 and then from 1939 to 1944.

After his second release, he returned to Vietnam and helped lead the Viet Minh, the Vietnamese independence organization. He also revived the communist party.

During WWII, France was forced to give up some of its control over Vietnam. And when the war ended, Viet Minh organized a revolution to regain control of the country. Ho Chi Minh formally declared Vietnam’s independence.

But France was not willing to give up Vietnam, so a war started, known as the Indochina War. Tho became a leader of the Communist Party and in 1948 he took charge of the resistance to the French government.

Nine years later, and the Viet Minh finally defeated the French in 1954. The Geneva Accords, signed by both sides, divided Vietnam into two sections. The northern section, governed by Ho Chi Minh, was officially known as The Democratic Republic of Vietnam.

The southern section, led by US-supported government under Ngo Dinh Diem, was known as the Republic of South Vietnam.

The peace agreement provided nationwide free elections in 1956. But these elections also started the Vietnam War, or as some refer to them, the Second Indochina War.

At the time, China was a communist country, and northern Vietnam as well. The US feared that uniting the two parts of Vietnam will help spread communism to the rest of Asia. So, they decided to support the south part of Vietnam.

What followed was the Resistance War against America.

The Vietnam War started in 1955 and lasted until the fall of Saigon in 1975. During that period, the US and northern Vietnam constantly negotiated for a peace treaty. Le Duc Tho served as one of the most influential people during that period.

In 1968, the US and North Vietnam agreed to open peace negotiations in Paris, France. In the beginning, Xuan Thuy served as the chief negotiator for the Vietnamese side. But Tho showed up several weeks later as special advisor, but soon became clear he held the real power.

For the Americans, Secretary of Defense Henry Kissinger led the negotiations. He viewed Tho as a tough and serious adversary in the talks.

Tho and Kissinger stated meeting in secret in 1969, hoping to negotiate a settlement. But the talks continued on and off for more than two years. With antiwar demonstrations across the US, and China and Soviet Union reducing their support for North Vietnam, the sides were more willing to reach a compromise.

They reached one in 1973. The peace they arranged in 1973 put Kissinger and Tho as main favorites for the Nobel Peace Prize. But as many expected, the peace did not last long.

That is why Tho refused to accept the award. The agreement Tho and Kissinger made did not led to peace in Vietnam. Some critics call the 1973 prize the Nobel War Prize. Tho said “Once the Paris accord on Vietnam is respected, the arms are silenced, and a real peace is established in South Vietnam, I will be able to consider accepting this award”. But that didn’t happen.

The war in Vietnam continued for more than a year after the Nobel announcement. Many people argue that Tho and Kissinger are responsible for creating war, not stopping it.

End of the Vietnam War

In January 1974, Tho was assigned to another task by the Politburo. In December the same year, Tho and his generals launched an offensive in the Central Highlands of South Vietnam. In April the next year, General Dung and Tho came up with a plan to take Saigon. Tho approved the plan, saying that was the death sentence for the regime of reactionary traitors in Saigon.

Just a few days later, the North Vietnamese took Saigon and Tho entered the city in triumph. He set about giving orders to ensure that the water works and electricity grid of Saigon was still functioning.

Tho organized a parade on May 1, 1975, to celebrate the victory. The city soon was renamed to Ho Chi Minh City. 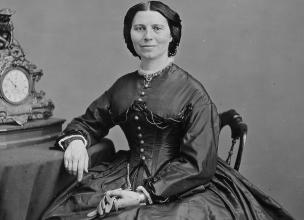 Personal Triumphs
Remembering Clara Barton – The Nurse Who Changed the World
Clara Barton was born on December 25, 1821, as Clarissa Harlowe Barton. She was named after the novel Clarissa by Samuel...
Roland Garros – Who Was He?
When you think of the world of tennis, the Roland Garros Open Tournament is one of the most prestigious and famous champ...
Andre Leon Talley – How the Vogue Editor Changed the World
As a black homosexual, Talley broke every taboo in the fashion industry. He was the positive, Black representation the w...
Ruby Bridges – How She Fought Racism
For many of us nowadays, going to school doesn’t seem like a big deal. Millions of kids in America do it every day. Bu...