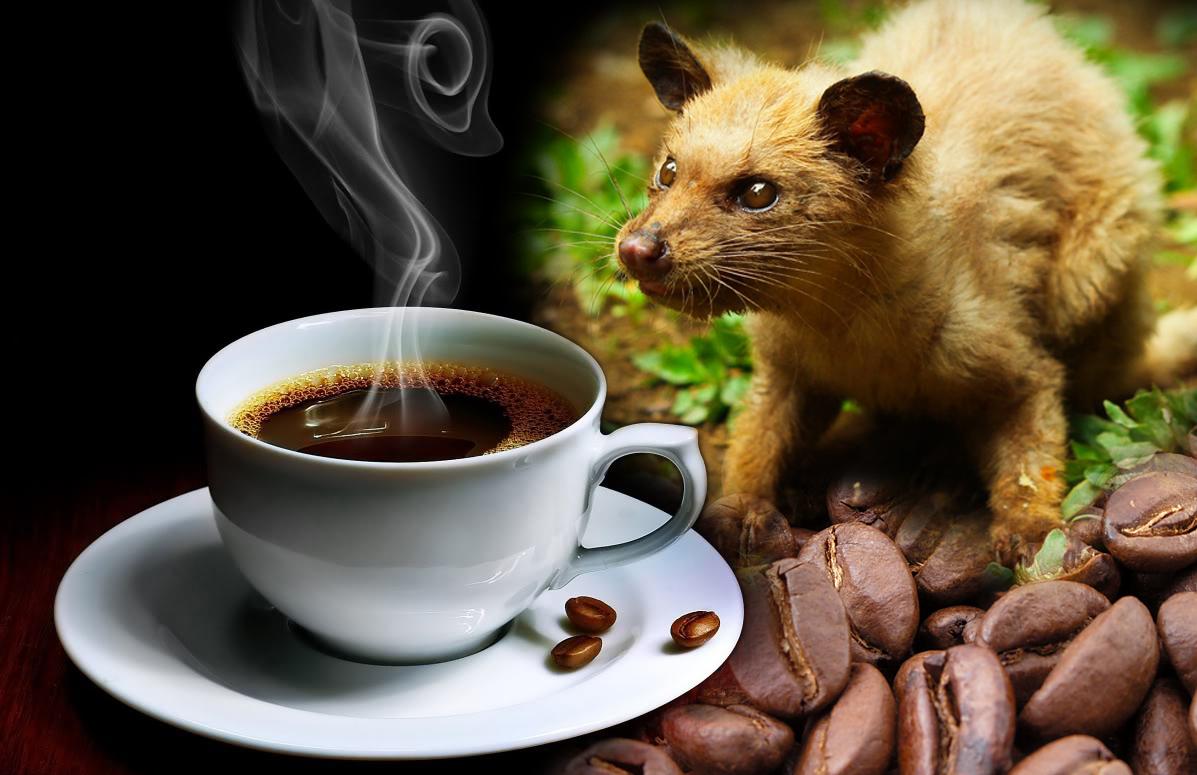 Some say it is the taste that is better due to cat digesting it, others say it’s the rarity

Have you ever seen “The Bucket List”? There is a scene in the movie in which Jack Nicholson, or his character Edward Cole enjoys a cup of Kopi Luwak. His friend, Carter Chambers, played by Morgan Freeman, jokes with Nicholson that the coffee was defecated by a jungle cat. Jack, like only he can, reacts with surprise and a line “You’re shitting me”! And the reply by Carter is simple “No, the cats beat me to it”.

The fun story about Kopi Luwak brings the topic to the coffee marketed as “cat-poo coffee”. Strangely enough, the cat-poo coffee is actually the most expensive coffee in the world. The production process is completely different than standard coffee. For standard coffee, producers harvest the coffee fruit. For Kopi Luwak, on the other hand, peasants collect the feces of the civet cats, and then they use those feces to produce the coffee.

Coffee people are different type of people. They simply enjoy their cup of coffee, and nothing can stop them from doing so. The question remains, what makes kopi luwak so expensive? Some say it is the taste that is better due to cat digesting it, others say it’s the rarity. In any case, a pound of Kopi Luwak can go as high as $600, so let’s take a look at the coffee production and what makes it so special.

In order to justify the term “world’s most expensive coffee”, let’s take a look at price comparison between Kopi Luwak and standard coffees.

For example, if you order a cup of Kopi Luwak in a coffee shop, you’ll have to pay between $35 and $100. And that is for a single cup. A standard coffee, on the other hand, is priced between $2 and $5 per cup.

For one pound of Kopi Luwak bought in a supermarket, you’ll have to pay between $100 and $600. Regular coffee, on the other hand is priced at $3 to $10 per pound

Rarity, as mentioned, is one of the reasons why the cat-poo coffee is so expensive. Production of Kopi Luwak varies between 500 and 1000 pounds per year, while regular Brazilian coffee is produced at rate of nearly 2 million tons per year. All in all, there is nearly 900 million tons of coffee produced per year.

What makes the coffee special?

One of the reasons why Kopi Luwak is so special and unique is the rarity. Put into perspective, Kopi Luwak takes up to 1% of the world’s production of coffee per year. As a rare and luxury product, with a great story to back up the production process, the cat-poo coffee is a dream come true for “foodies who have everything”.

Packaging is another aspect that makes the coffee special, as the coffee is packed into tiny little sachets, which are stored for ages. And once you receive the sachet, you cannot drink it immediately. You need to wait to a certain day for the coffee to be ready (this doesn’t apply for cups ordered at coffee shops).

Lately, coffee producers have changed from Arabica to Robusta plants in a way to increase the caffeine capacity of the coffee. For comparison, Arabic contains between 1 and 1.45% of caffeine, while Robusta plants contain between 1.7 and 4% caffeine.

The taste is exceptional, at least that is what people tried it say. There is yet no explanation what happens in the digestive system of the civet cats, but something happens there that completely transforms the taste of Kopi Luwak. In the end, you are served with a several times better taste espresso.

Last, but not least, speaking of technicalities, the coffee brews faster than standard coffee on the same grind. The coffee also produces less oily shot. The higher notes of the coffee are fantastic on first taste, as you experience the taste of well-roasted coffee. Once you get to the lower notes, you get lovely, subtly nutty aftertaste that will carry you through the day.

The process starts from the coffee tree, called Coffeea, a plant that is native to tropical parts of Asia and Africa. The tree was also imported to Latin-America in the 17th century. One common misconception is that coffee beans are beans. In fact, they are actually seeds that contain caffeine as a defensive mechanism against animals. However, civet cats can digest the coffee seeds as they have no troubles with caffeine.

Some 24 or 36 hours after the civet cats have eaten the coffee beans, they defecate them. Farmers pick up those beans, or the waste from civet cats, and then forward them to a factor for coffee processing. Before farmers send the beans to the factory, they have to separate the beans from the feces. They also wash and dry the beans on the sun.

The beans are dried out, and at this point farmers remove the outer skin and put the beans into wooden mortar and pound them. After the pounding, farmers sort out the beans to damaged and beans ready for roasting. To produce approximately 4 pounds of kopi luwak coffee, farmers need 22 pounds of defecated beans.

One of the big questions regarding Kopi Luwak is sustainability of the coffee. Due to the popularization, several markets, retailers and producers have started keeping wild cats in resorts, for one purpose only, to pick up beans, eat them, and then pop them.

However, results have shown that the taste is not the same, and that living in the wild and picking up wild coffee beans makes a ton of difference. One retailer that has found a way to keep the wild cat population safe and find a sustainable way for production is British Harrods. 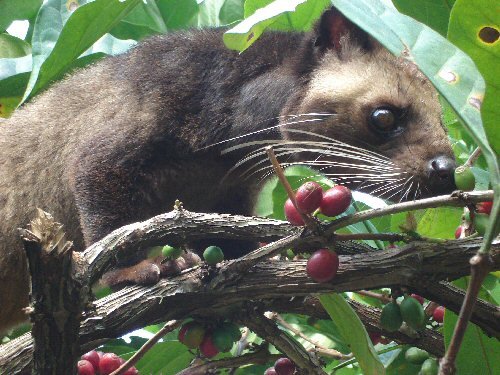 Their coffee is called Sijahtra, and is collected in the northern areas of Sumatra. The company has several farmers there, living and farming on remote areas, each area with a couple of hectares close to the rainforest. The farmers collect the feces of the luwaks while they are fresh, and then bring them to a factory for processing. It is worth noting that luwaks are not caged there. Farmers are specially trained to look for wild luwaks, and collect fresh feces from them.

The company has set limits on monthly supplies, which further eliminates the possibility of keeping caged animals and trying to pass the beans as feces from wild ones. The result is genuine kopi luwak coffee, but one that comes with a hefty price of nearly $300 per 100 grams.