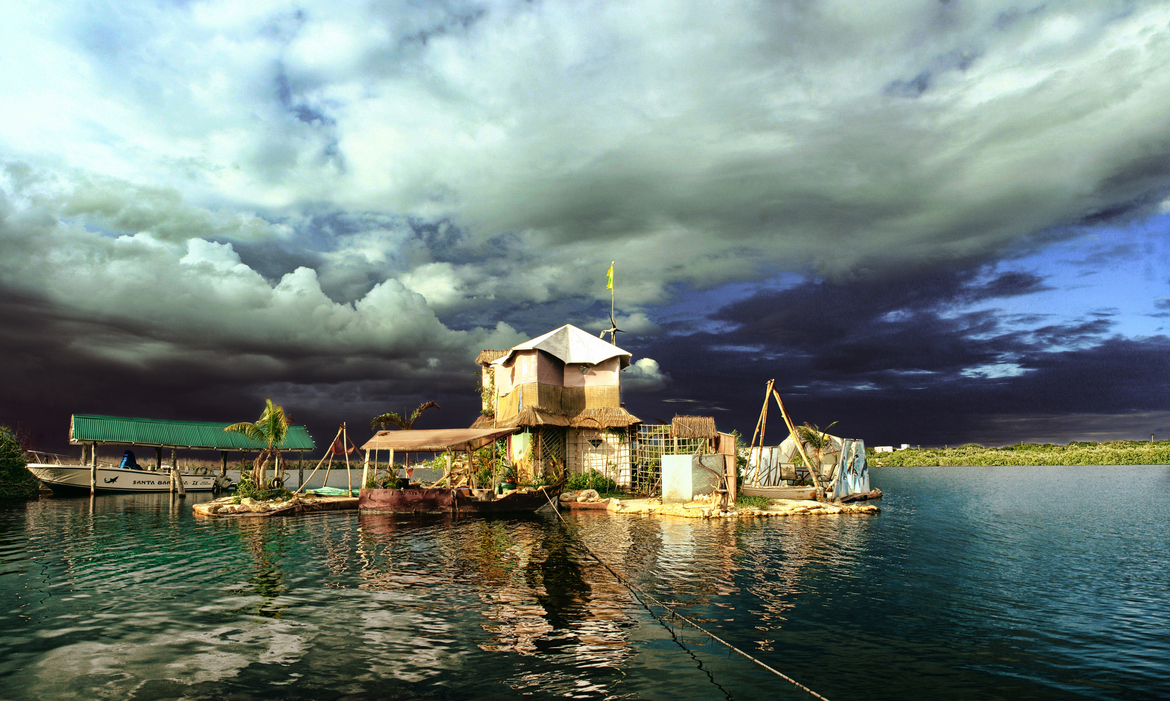 The island is located in Isla Mujeres Bay near Cancun city in Mexico. It has a three-storey house with two bedrooms, a kitchen, and a bathroom. The house has all the amenities that you expect from a modern home, including internet connection, solar panels for electricity, solar-powered waterfall, rain collection equipment, wave-powered washing machine, and even a Jacuzzi

Richart Sowa is a man with a dream. He had a dream of building a completely eco-friendly island, and he made it happen after several unsuccessful tries. He managed to build an island using 150,000 recycled plastic bottles. And he has been living on the island for a couple of years now with his partner and pet dog. Richart needed seven years to create his residence he calls Joyxee Island, and many more to fulfill his dream.

The dream began in 1970s, but it wasn’t until 2000s when he finally made it happen. Nowadays, the island is also a tourist attraction, with tourists coming from other places to Mexico to see the eco-friendly floating paradise.

The island is located in Isla Mujeres Bay near Cancun city in Mexico. It has a three-storey house with two bedrooms, a kitchen, and a bathroom. The house has all the amenities that you expect from a modern home, including internet connection, solar panels for electricity, solar-powered waterfall, rain collection equipment, wave-powered washing machine, and even a Jacuzzi. Tourists give donation for a chance to tour around the private island.

The beginning of the dream

Everything began in the 1970s. Richart Sowa first thought of his dream on his balcony in Germany in 1977. It started with a simple drawing of an UFO. He wasn’t an artist at all. He moved to Germany to work as carpenter for a company who builds kitchens. After a few years as a carpenter, he started to draw nature pictures for customers. He sold several pictures, and then he decided to quit his job to fully dedicate himself to art. At this point, his wife left him with the children and moved back to England.

The separation from his wife and children was not at all easy to handle. He fell into a deep life crisis, and he decided to travel the world. He joined different religions, and draw portraits and played as musician while traveling to earn money. It was in 1996 when he finally found his destination in Mexico.

His dream of an eco-friendly island, could finally come to realization. He was amazed by the Mexican history of Aztec farmers building floating islands to create arable landmade.

Richart was dreaming of a floating island since the 1970s. He decided to make his first try on a beach called Zipolite in San Pedro. The beach was famous for the hammock and hippie colony as well as the liberal use of drugs. And it is the only nudist beach in the whole country.

He began collecting empty discarded plastic bottles and put them together in nets. His nets with empty bottles carried a structure of plywood. On the top, he built a small hut made of wood. The problem was the residents were not happy with his floating island, so they called the police. He had no rights to build his island, so he had to leave the village. Three days later, hurricane Pauline destroyed the whole village, so you can it was a blessing in disguise.

In 1998, Richart had a second try of his dream island. This time, he built it in Puerto Aventuras, on the Caribbean coast of Mexico. Again, he collected empty plastic bottles, and put them in nets. This time, the nets served as a base for bamboo and plywood structure. On the top, he poured sand and planted several different plants that grew great and kept the plastic bottles underwater together. He kept building until there was enough space to build a house made of palm fronds.

This time, he got a permit from the community. He lived on that island for four years, and it grew into a grandiose living space with three beaches, a garden with vegetables and flowers, and a house with two floors. He collected rain water for shower.

He named that island Spiral Island, and it also became a famous tourist attraction in the neighborhood. Sadly, the island was fully destroyed in 2005 by hurricane Emily. He saved his and his dogs life by making the decision to go south.

It seemed like everything was lost in a matter of minutes. But a leader of a local ecological park loved the idea of a floating environment island. He gave Richart $20,000 to rebuild his island. Other investors were enthusiastic as well. He collected $40,000 in no time and started a new project.

This time, he built the island in the waters of Isla Mujeres, located near Cancun. The new island, called Joyxee, contains more than 100,000 PET bottles and measures a size of 82 feet in diameter. His new floating island also has three beaches, beautiful house, solar powered waterfall, small river, a wave-powered washing machine, and solar panels.

The government of Mexico declared the island an ecological boat, and now he has to comply with boating regulations. That means providing life vests, boat lights, fire extinguisher and a first aid kid before he leaves the lagoon. 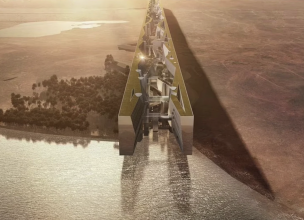 Environmental
The Line – A 170km Long Skyscraper City in Saudi Arabia
According to Saudi Arabia officials, the city will create around 460,000 jobs and add $48 billion to the country’s GDP
Joseph Pilates – The Man Who Changed the Way we Work Out
Pilates involves a series of controlled movements performed on specially designed exercise apparatus, or on the floor. I...
Amazon River Amazing Geography Facts
No matter what, it is amazing that the Amazon River is one of the longest and most amazing. The quantity of fresh water ...
Sky Bridge 721 – Everything You Need to Know about the Longest Suspension Bridge
Opened to the public in May 2022, the bridge offers views of the landscape. It spans the Miynsky Stream valley from the ...