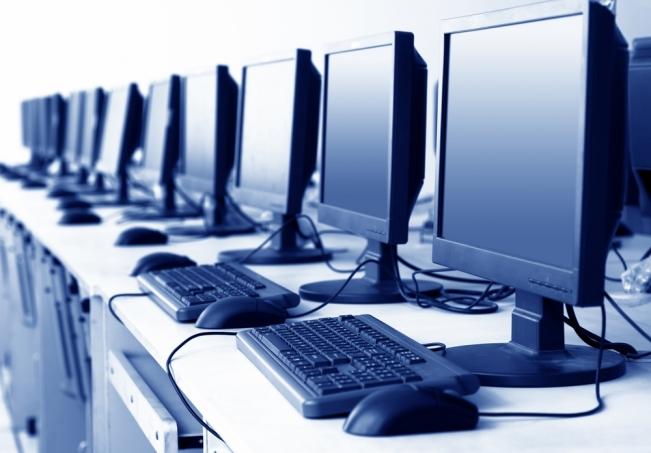 On January 3, 1983, TIME magazine issued a publication that has forever changed the world. In 21 pages, TIME covered the Personal Computer, a machine that the magazine has chosen to be Man of the Year. The subtitle on the cover page was “The computer moves in”

On January 3, 1983, TIME magazine issued a publication that has forever changed the world. In 21 pages, TIME covered the Personal Computer, a machine that the magazine has chosen to be Man of the Year. The subtitle on the cover page was “The computer moves in”. TIME has never been more right about something. Even though computers have been part of our world since 1939, the TIME magazine covered shed a new light into an otherwise mysterious world.

ENIAC is a short term used for “Electronic Numerical Integrator and Computer”. ENIAC was the first computer for electronic purpose, designed to calculate artillery firing tables and other military operations for the Army of the United States. The project began during the World War II, but the ENIAC was finished and announced in 1946. One of the first tasks of the ENIAC was a feasibility study for a hydrogen bomb.

Compared to modern computers, ENIAC was a giant in every sense of the word. For starters, the computer weighted 27 tons, took up 1800 square feet and required 150 kW of power to work properly. Back in the days, when the computer was on, lights in the city of Philadelphia and its area dimmed. The computer contained 1,500 relays, 70,000 resistors, 17,468 vacuum tubes, 7,200 crystal diodes, 10,000 capacitors and more than five million hand soldered joints.

As for the speed of operations, the basic machine cycle of the ENIAC was 200 microseconds or 5,000 cycles per second if the operation contained a number 1-10.

The 1983 issue immortalized the PC in so many ways. The computer remains the only machine or a man-made object to take the “Man of the year” title home. It will likely remain the only for years to come. While there might be some other device that will shape our world, no other gadget can do so in the way PC did more than 30 years ago.

In 1982, the computer industry had a huge potential ahead. Back in the days, computers were more of a homemade product by hobbyist oriented people. There were some computers on the market from Commodore, Apple, IBM and others, but none had futuristic features like a mouse and a graphic user interface. Most of the computers run their own operating system.

The issue does mention some of the changes, such as the IBM PC, a computer TIME believed sets the standards for the industry. The revolution was still young back then, but the potential was evident. TIME looked ahead and saw a pure gold and success for the industry. TIME estimated by the end of the century, there will be approximately 80 million of computers. Well, in April 2002, according to several statistics, the billionth computer was shipped.

The cover mentioned three of the strong sides of the computer: the video games and their potential for teen appeal, the ability do to computation and manipulating thousands of numbers in a second, and the ability to store information and data.

Macintosh and IBM shape the market

The problem with the Macintosh was the price. With a price tag of $2,500, the Macintosh could never become a mass public product. But the computer set the standards for many popular and wide spread computers that came in the following years such Intel’s Pentium, Compaq and its PC, IBM and its clone market. IBM made a step forward in the technology, introducing floppy disk with the PS/2 machine, a personal computer the company sold in 1 million copies.

Nowadays, a personal computer is the first association with Windows operating system, and rightfully so. Through the evolution of the computer, Microsoft has been one of the pioneers in the software department. Windows 95 is the one that brought light into the world of computers. But before the Windows 95, there were series of OS versions that helped shape the computer world.

In 1990, Microsoft released the Windows 3.0, the first OS to satisfy PC users by offering them good performances. For the first time, Microsoft created a system that supported large graphical applications and allowed users to run multiple programs at the same time. Multitasking might be a common feature nowadays, but back then, running two programs at the same time caused computers to crash.

The next major innovation came with the introduction of Windows 95, the OS that offered support for plug and play hardware (mouse, keyboard, USB, external disks nowadays all are plug and play oriented), long file names, preemptive multitasking and much more.

1990 was a year important in so many ways for the computer world. Microsoft announced the Windows 3.0, and the World Wide Web was born. Nowadays, we do everything on the internet. We communicate with friends, we work, we store data, and you can safely say that internet is one of the things we need as much as water and air to survive.

The world wide web was changed by two important years. In 1994, Yahoo was launched on the market, and in 1998, Google was public. The rise of Google was fast, and by 2005, the website indexed more than 8 billion webpages.