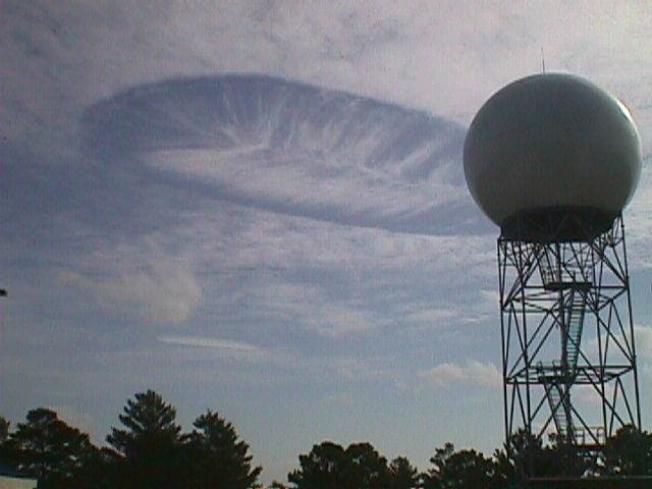 Since the HAARP program started, it was followed by numerous conspiracy theories. We try to delve into what is HAARP and its potential as a weapon

HAARP is an American research program funded for the sole purpose of examining the changes in the ionosphere. The problem is, as with every other instrument that can alter weather conditions, HAARP has the potential to be a weapon for mass destruction. Since the HAARP program started, it was followed by numerous conspiracy theories. We try to delve into what is HAARP and its potential as a weapon.

The abbreviation HAARP stands for High Frequency Active Auroral Research Program. It is an ionosphere research program that is founded by the US military and the University of Alaska. The first HAARP station is located on Alaska, with the main instrument being the Ionospheric Research Instrument. The instrument, which is a high frequency phased array radio transmitter has a set of 180 antennas. The instrument can be used to temporarily energize a small area of the ionosphere.

The first station was built in 1993 when work began. The current instrument being used was completed in 2007. As of today, the cost for the building of HAARP is approximately $250 million. The station was temporarily shut down in May 2013, and was again operational in June 2013. In May 2014, there was an announcement that the station will be permanently shut down.

What is the ionosphere?

HAARP is used to examine the ionosphere, at least that is the definition for the weather research program. The ionosphere is a layer above the Earth atmosphere, at about 85-600 km above the Earth’s atmosphere. The layer is also above the Ozone. Therefore, the layer, or the ionosphere is under constant “bombing” of UV rays by the sun. Under the influence of the UV rays, neutral atoms of gas jettison their electrons. The free flow electrons and the positively electrified ions can move freely within the space due to the low density of the gases. After some time, the ions and the electrons merge again, and they form another neutral atom. The cycle is constant and repeatable.

Due to the high amount of electrified pieces within the ionosphere, the layer reflects HF radio waves back toward the Earth. The process is of high value for the proper function of communication between Europe and North America for example. However, during storms, the ionosphere goes through changes that can completely disable the communication. The goal of the HAARP project is to examine these changes, and see how they can be prevented.

HAARP as a weapon of mass destruction

The potential of HAARP being used as a weapon of mass destruction is always there, which is the reason why question of its function arise. Conspiracy theories point to the mere power of the HAARP station. HAARP can direct radio waves strong enough to cause earthquakes and other nature disasters to any point and target on the Earth. The hater is capable of heating a 1,000 square km area to over 50,000 degrees. In other words, due to the phased array, the waves can be directed to a selected area. The heating literally lifts the ionosphere within a 30 mile diameter area. And as with every weapon or program, there are side effects. Changing the weather in one area can have a devastating effect on another area. HAARP has already been accused, and there are conspiracy theories that the US military is modifying the weather.

Some of the conspiracy theories that are linked with the use of HAARP include the Gulf War Syndrome, the crash of the TWA Flight 800, the destruction of the space shuttle Columbia in 2003 and the Chronic fatigue Syndrome.

One of latest conspiracies linked with HAARP, and its harmful effects were the floods in Serbia. There were rumors that there are HAARP antennas in Serbia, and those are the real reason for the floods that occurred in the Balkan country in May, 2014. The floods destroyed many cities not just in Serbia, but in Bosnia as well.

Following the floods, there was an online petition organized in Serbia. In the first three days after the petition was online, there were more than 12,000 signatures. Comments against the USA and its weapons of mass destruction were common on the web page where people could sign the petition.

There are yet to be relevant evidences that there are HAARP antennas in Serbia and on the Balkan. Nothing is confirmed, and Serbian authorities were first to dismiss the speculations.

Social
Top 5 Most Intelligent Dogs
“Do dogs really think”, “can dogs communicate with us”, “how can we understand our dogs”?
The Mystery of Oak Island? Is there something there?
The privately owned island has much more to offer, but the most famous spot is the location now known as “the Money Pi...
Ten Interesting Facts about Reindeer
Did you know they are the only mammal that can see ultraviolet light? And how the connection to Santa was born?
Five Architecture Designs that will change future
Since 2008, Berlin in Germany gathers top architects for the World Architectural Festival. The annual event focuses most...