For wine lovers, Cricova in Moldova is their Mecca 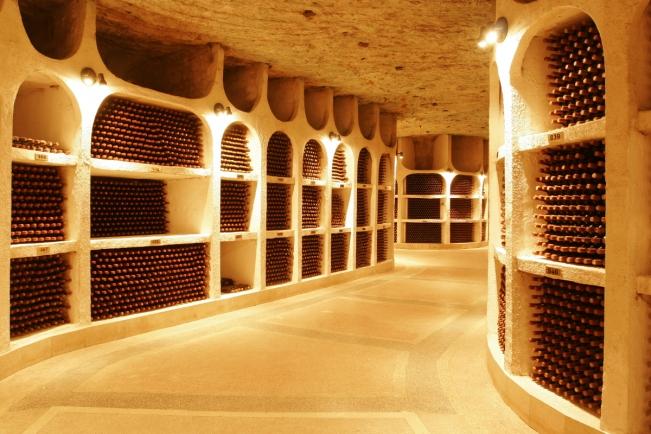 The city is one of the most mysterious places in the world, a place that wine lovers could dream off. The city boasts the largest underground wine cellar in the world, and is located just 15km north of the capitol city of Moldova. The mines with wine in Cricova have been used with centuries to supply the Capitol and other surrounding towns with the nectar of the Gods

The Republic of Moldova was part of the Soviet Union all up until the 1991. The small country with just 4.5 million citizens is among the top 7 wine exporters in the world, but few people know for it. Wine is the major product of the economy of the country. And among all those wine cities in Moldova, Cricova is arguably one of the best, most interesting and intriguing places you need to visit.

The Beauty of Cricova

The city is one of the most mysterious places in the world, a place that wine lovers could dream off. The city boasts the largest underground wine cellar in the world, and is located just 15km north of the capitol city of Moldova. The mines with wine in Cricova have been used with centuries to supply the Capitol and other surrounding towns with the nectar of the Gods.

It all started after the World War II, when people in Cricova decided to use the empty space in the ground beneath the city for wine storage. The caves under Cricova are 60 to 80 meters, deep, providing a constant ideal temperature for fermentation and storage of sparkling wine. Today, almost two thirds of the ground underneath the city is used for wine storage. The length of the mines is around 100km. The wine cellars are a labyrinth of streets named after wines, and you will probably need a guide to get you through it. But the feeling of driving alongside wine barrels is priceless.

Silver Lining in the fall of the Soviet Union

Wine lovers will have to thank the fall of the Soviet Union for the possibility to visit Cricova. During the regime, the cellars in the city were closed for the public. Only official delegations were allowed to admire the cellars and drink the wine. Visitors can see several signatures of famous people in the guest book, including the ones of Gorbachiov and other Soviet officials as well as international leaders such as Jacques Chirac, Zian ZeMin, Ion Iliesku and others.

The national collection museum stores more than 1.2 million bottles and 653 wine names and brands. The oldest wine in the museum is Jewish Easter Wine from 1902, the same year as the oldest liquor in the museum. The museum also boasts the General Gering private collection of wines brought to Cricova by the German General during the World War II.

The city is famous due to its sparkling wines, and it holds the second largest wine cellar in Moldova. A tour to the city includes visits to some of the presidential wine tasting rooms. Aside from the presidential like rooms, there are traditional rooms decorated with Moldovan artefacts and instruments from the national treasure and ethnos.

A tour also includes visit to the place wine is fermented and buried. Moldovans have a different method for making wine, and that applies especially to Champagne.

Once a day, a group of four people shake the bottles for a few degrees, just so the angle where the bottles are held gradually increases. The wines start in position of 45 angles, and after 10 weeks they reach vertical position.

Most of the wines in Cricova are internationally known brands, like Cabernet Sauvignon, but the city is also famous for local collection of wines. Sparkling wines are what you will get in Cricova, but you can also find some other red and white wines as well.

Cricova Prestige Chardonnay is one of the best sparkling wines in the city, with fresh and appetizing nose of apple and pear. One of the fruity chardonnays is common in Cricova, and it costs around $8 per bottle.

Prestige Cabernet Sauvignon 2005 of Cricova is a classic Cabernet Sauvignon wine with herbal, olive and fruity notes. The herbal quality is what makes the wine unique. The wine is an excellent choice for lunch, and it costs $9 per bottle.

There are three wines in the Cellar Collection, and Cricova Collection Cabernet Sauvignon 1990 is the first of them. It is almost two decades old wine, having acquired a unique smell and earthiness. It is quite fresh, given the fact it spent more than 20 years in the cellars and oak barrel. The price for one bottle is around $20.

Dionis 1992 is another Collection wine that has spent fewer years underneath Cricova. The Dionis wine comes in an individual box, and the bottle is sealed inside with wax. The bright color and attractive nose is what makes the wine so special. If you are a fan of sweet wines, this is the choice for $22 per bottle.

The last wine from the Cellar Collection is Gratiesti Nectar 1990, a wine made using a very unique method, where spirit is added to the fermented wine. The Gratiesti Nectar has an aroma of leaf tea and walnuts with some touches of coffee. The sweet wine costs $25 per bottle.

The Legend of Yuri Gagarin

Cricova is also linked with a legendary person in history, Yuri Gagarin. According to the legend, the astronaut entered the cellars in 1966. He was so much “pleased” with the wine that assistance had to carry him when he emerged two days later. However, the truth and reality is that he entered at 11pm, and re-emerged from the cellars few hours on the next calendar day. And that is how the math of “two” days in the cellars was born. Cricova is popular destination for other famous people. Russian president Vladimir Putin used Cricova as a venue for the celebration of his 50th birthday, and locals tell stories that Angela Merkel, the German Chancellor is a common guest in Cricova.

Lifestyle
Café Pushkin - Where Espresso tastes like history
The café is the home for those who want to extend their nightly experience, but also for the morning people
10 Things worth knowing about Beer, the drink of our generation
A fun fact: beer is made from water, and in some regions around the world, the water is better suited for making bee
The truth about GMO food - Top 7 frequently asked questions
At the moment, there are at least 35 varieties of genetically engineered crops in the world today. All of them are regis...
Coffee
Is It Good For You?