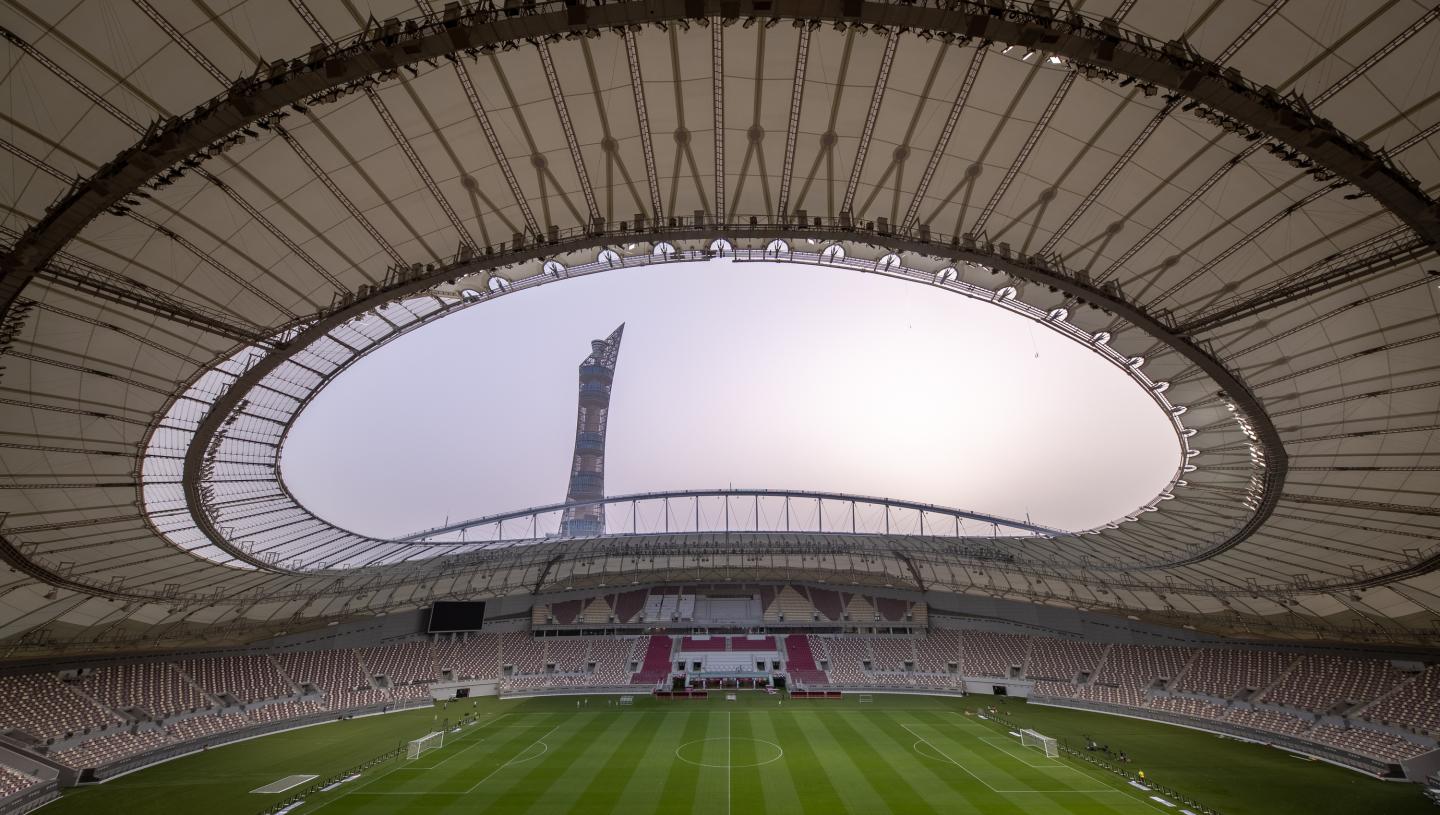 All of the stadiums are situated within a 35-mile radius of Doha, making Qatar 2022 the most localized World Cup ever

The 2022 FIFA World Cup in Qatar has begun. For the first time ever, it will be played during fall-winter months. And for the first time ever, only eight stadiums will be used. This marks the fewest stadiums for a World Cup. Seven of the eight were built entirely from scratch. The one existing stadium was massively renovated.
All of the stadiums are situated within a 35-mile radius of Doha, making Qatar 2022 the most localized World Cup ever.
Here are some interesting facts about the stadiums.

This is the latest stadium that was opened. The full name of the stadium is Lusail Iconic, and it will host the final game.
The 8,000 capacity of the stadium makes it the largest venue for Qatar 2022. The capacity will be reduced to 40,000 after the tournament is over to make space for shops, cafes, and a health clinic.

The estimated value of this stadium is $700 million. The stadium looks like a light bulb and symbolizes play of light and shadow.
Considered an architectural marvel, it has all of the Arabic tradition as well. It will be the core of the next “city” that will include sport facilities, educational institutions, health clinic, and more.

This is the stadium that officially started the World Cup. It has a capacity of 60,000 fans, but it can offer a bit more.
It is located 27 miles away from the Doha City center. It is the furthest away from Doha. The unique design of the stadium resembles the “bayt al sha’ar”. The tents historically were used by the nomadic people of Qatar.
Because of the parking capacity of 6,000 vehicles, 350 fan busses, and more than 1,000 spots for taxi drivers, it allows for fans to arrive at the stadium without any hassle.
The stadium is also part of the bid for the Asian games 2030.

The images of this stadium went viral after the designs were published. Some fans jokingly argued it looked like a vagina. But the late Dame Zaha Hadid, the designer of the stadium, responded by saying, “It’s really embarrassing they come up with nonsense stuff like this. What are they saying. Everything with a hole in it is a vagina? That is ridiculous”. 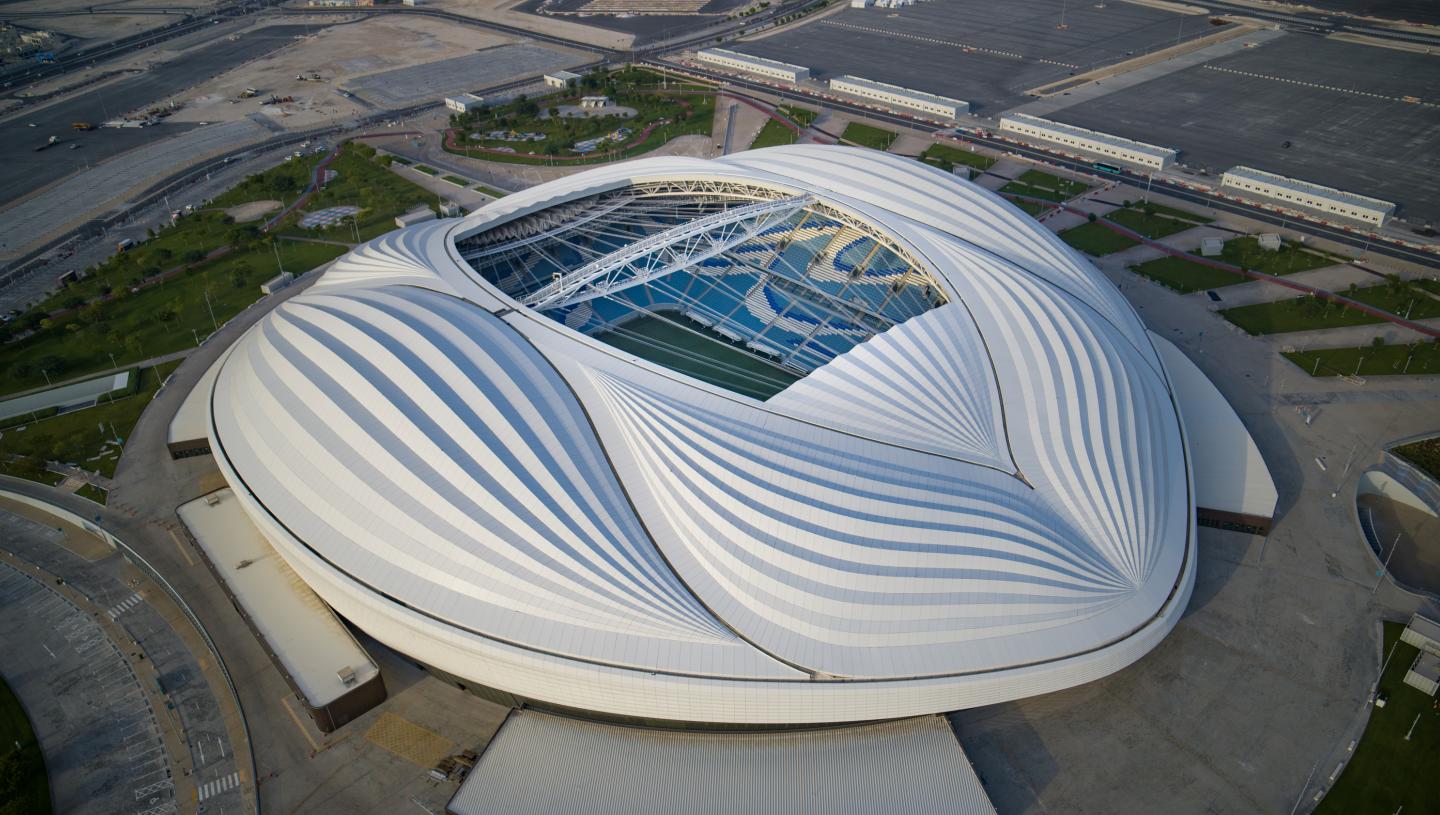 The stadium has a capacity of 40,000 fans. It was inspired by the boats used for fishing in this area. After the tournament is over, 20,000 seats will be removed and transported to countries that need to improve their football infrastructure.

Located 14 miles away from the center, it has a capacity of 44,740. Built on the spot of the old stadium, it is located on the edge of the desert. Many people call it “door to the desert”.
It features symbols of Qatar culture and has a wavy façade. All of the objects surrounding the stadium reflect Earth, looking like sand dunes.
Half of the modular seats will be removed and gifted to countries that want to improve football.

As the name suggests, the stadium is located in the area containing nine university campuses. The most impressive feature is the exterior built of triangles that sparkle in the sun during the day. At night, they are used to perform a light show.
The location was chosen because of accessibility. This stadium has a lower capacity, and around 20,000 of them will be distributed to stadiums around the world following the end of the World Cup.

When fans arrive in Qatar, this is the first stadium they see. It is located 8 miles from the city center, and international flights pass nearby on their descent into Doha airport. 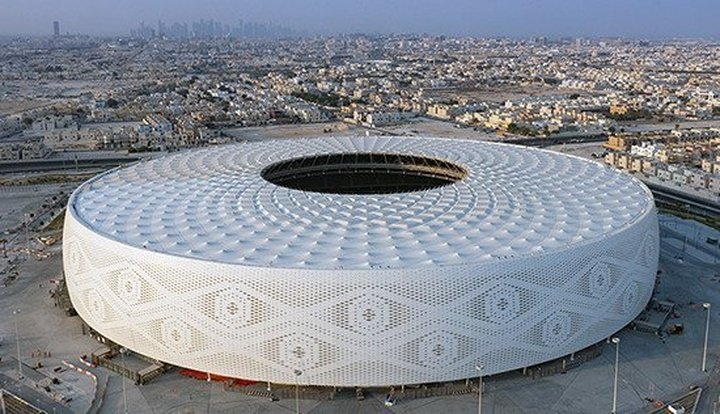 The design resembles the gahfiya, a traditional woven cap worn by Arab men and boys. The gahfiya is part of Arab family culture that symbolizes dignity and independence.
It marks the journey of a young boy into adulthood. This stadium will also have more than 20,000 seats removed for local needs.

One of the most innovative stadiums in Qatar, it was inspired by 974, the international code for Qatar. It is also the exact number of shipping containers used to make the stadium. It is the world’s first fully demountable covered soccer stadium. 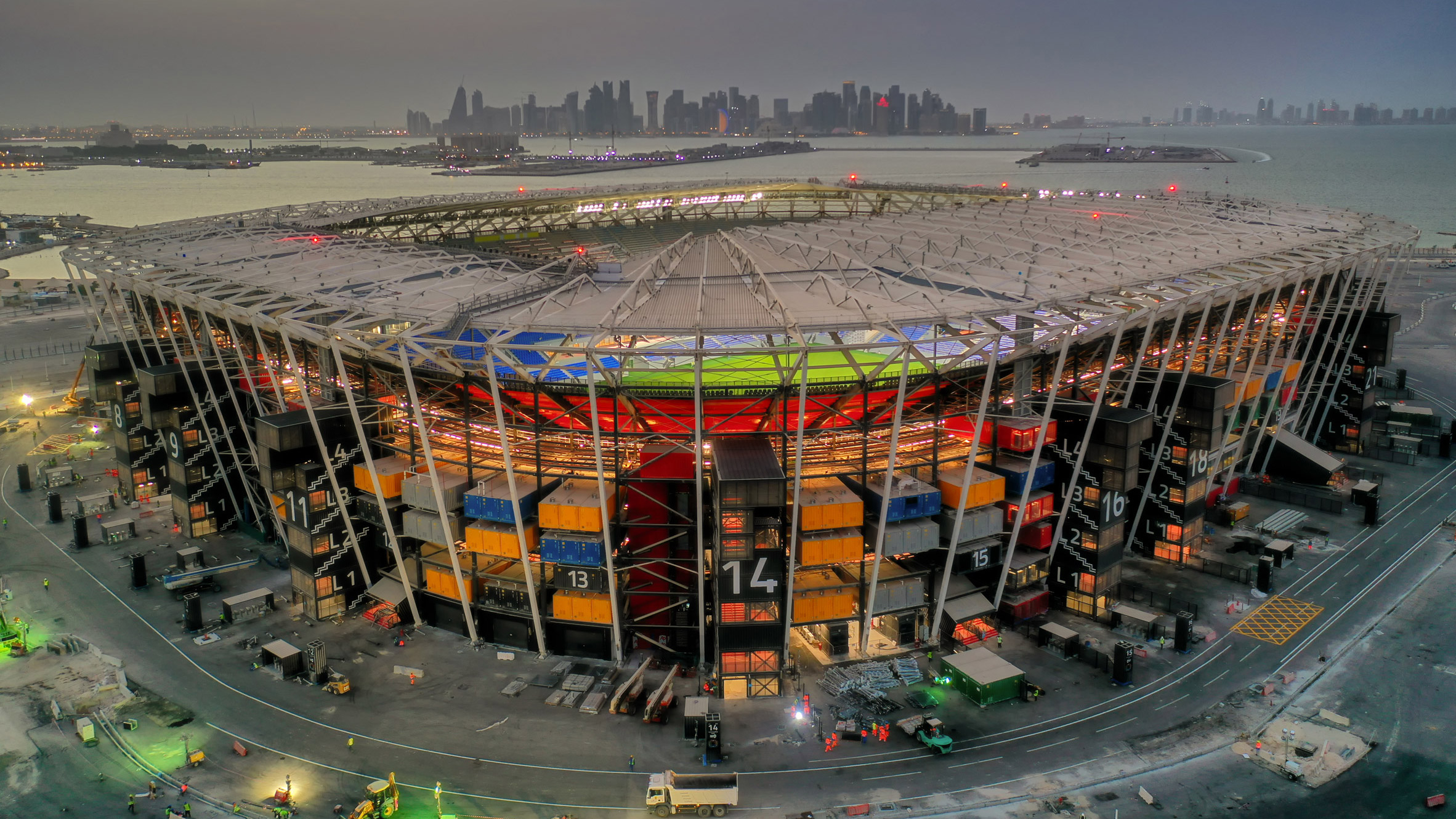 After the World Cup finishes, the stadium will be complexly demounted, setting an example for sustainable building and architecture.

The stadium where England will begin their campaign has a capacity of 46,416 seats. It was built in 1976, and it was the only existing stadium in Qatar.
This is where Liverpool won the Club World Cup in 2019.

All of the stadiums in Qatar have been designed with a firm emphasis on sustainability and legacy. Here are some sustainability facts regarding World Cup.
- More than 850,000 square meters of new green spaces will be created in the stadium precincts, with more than 5,000 trees planted. Stadiums in Qatar will become green lungs and community hubs for local residents
- The 974 Stadium, or Ras Abu Aboud Stadiium, will be the first completely dismantled stadium. It was built from shipping containers, reducing the waste generated during production of stadium components
- Stadiums in Qatar will use LED lights, producing better quality illumination and using only a third of the electricity
- More than 170,000 seats will be donated after the tournament, mainly the modular upper tiers of stadiums to countries in need of sporting infrastructure
- The stadiums consume 40% less energy during operation thanks to insulation, efficient cooling and ventilation systems, and use of LED lights 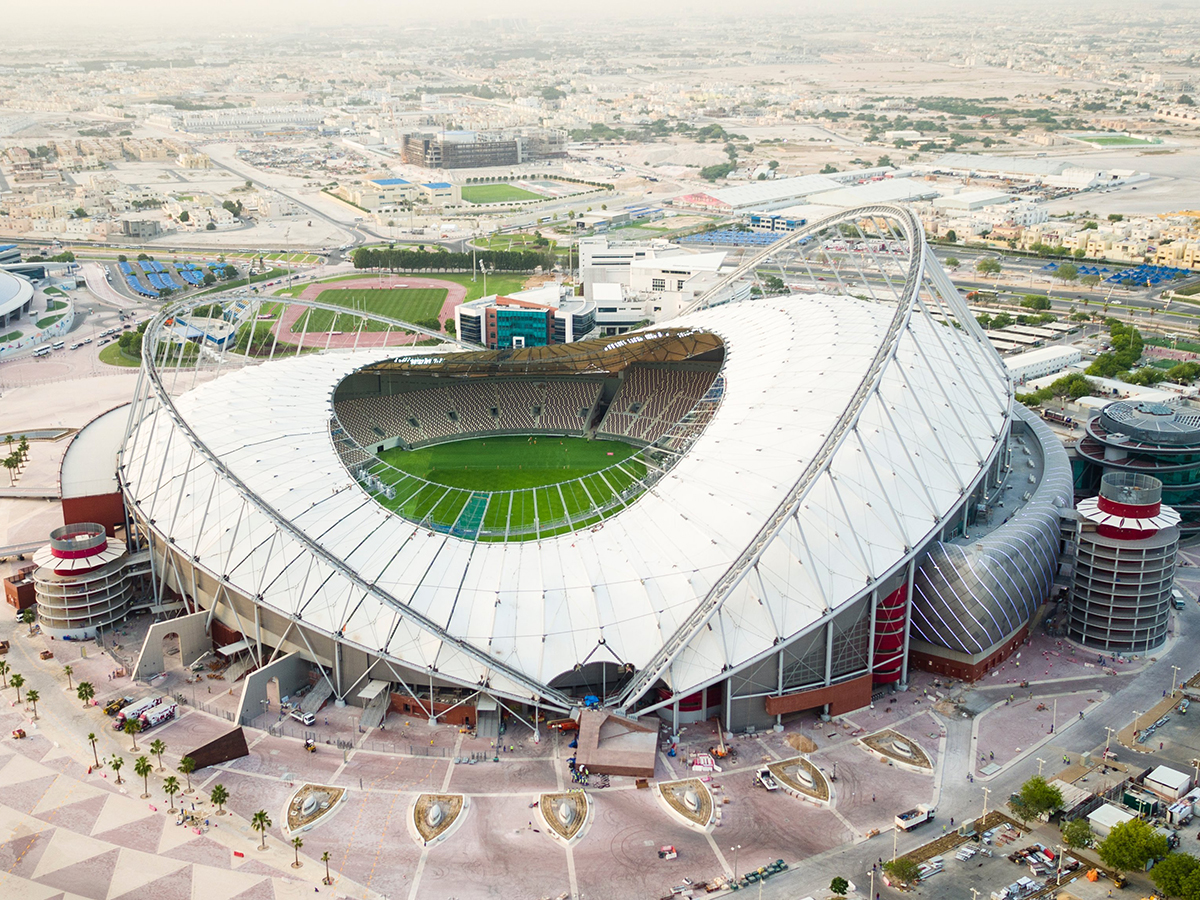 - Public transport will connect stadiums, allowing for a fast, cost-effective, and environmentally-friendly way for fans to reach matches
- By capturing condensate water from the cooling systems and using it in irrigation, stadiums will use 40% less water than conventional stadiums. Water conservation is a top priority 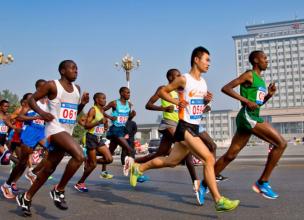 Sports
The 2 Hour Marathon Challenge – When We Will See It?
Researchers from several universities have looked at 16 male distance runners and their performance during the Breaking2...
Jesse Owens – The Athlete who Beat the Nazi in Berlin
Owens won four gold medals at the 1936 Summer Olympics, beating many of his German rivals to ruin Nazi propaganda plans
Fab Five – team that changed basketball
Despite all of their talent, they never won a single championship. They never won a Big Ten Regular Season Championship,...