Flight MH370 conspiracy theories - what happened to the plane? 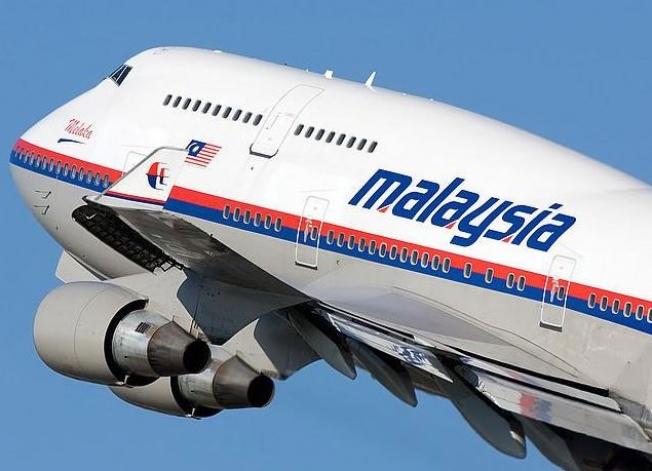 One year and one month have passed, and there are still no signs of the Flight MH370 plane. The Malaysian plane is nowhere to be found, and all that is left are conspiracy theories. China decided to close the support centre in Beijing that was designed for support for the family members of the passengers on the flight. Flight 370 departed from Malaysia, from the Kuala Lumpur airport on March 8. The destination of the plane was Beijing, China. The problem is, the plane disappeared from air traffic and radar control just few hours later. The plane then popped on a military radar screen, and again disappeared over the Andaman Sea. The scan across tens of thousands of square miles in the ocean returned no results. With that being said, let’s take a look at some of the conspiracy theories trying to find the answer “What happened to the plane?”

Arguably one of the most plausible and believable theories is that a fire in the cockpit destroyed the plane. The theory by Chris Goodfellow, a pilot, suggests that a fire in the cockpit forced the captain to turn the course towards west. He believes the captain intended to land on a nearby airship, but with the loss of communication, the captain’s intentions were impossible to fulfill. The pilots probably passed away or succumbed to smoke inhalation, and the plane then crashed. According to this theory, the plane could have flew for few hours before it ran out of fuel. The only problem is there is no evidence to support the theory.

In many cases, and in most conspiracy theories, the link between Russia and USA comes into play. This time, the theory suggests that Vladimir Putin ordered special ops to hijack the plane in order to show his power to the United States. The theory is based on an article published in the New York magazine by Jeff Wise. Wise is a science writer, and he suggests that hijackers faked the satellite data and then they flew the plane North, into Asia. Wise thinks that the pings that the plane emitted before it went missing were fake. According to the pings, the plane went South, but Wise thinks that the hijackers flew it North into Kazakhstan territory. His theory is supported by the fact that US imposed sanctions on Russia the day before the plane went missing. The hijacking of the Flight MH370 was Putin’s answer in a way “We can hurt the West and its allies anywhere in the world, anytime we want”.

US Military shot it down

The plane is in Pakistan

Rupert Murdoch, a media magnate in the US believes that jihadists were responsible for the kidnapping of the plane. His theory is that the hijacking of the plane was part of a plot to make troubles for China. According to Murdoch, the plane landed in the north part Pakistan, or any other area that is controlled by Bin Laden supporters.

Just days after the plane disappeared from the face of the Earth, the Malaysian police planted a theory that it all might be a life insurance scam. One of the inspectors in the police, suggested that people on the flight had huge sum of insurance left for their families. The inspector said that the police is not ruling anything out, and they are investigating every possibility. The police then investigated the behavior patterns of all the passengers, but didn’t find any sign of unusual behavior.

China and the Edward Snowden connection

This theory first appeared on Reddit, posted by user Dark Spectre. According to the theory, China’s secret police hijacked the plane in order to investigate some of the passengers. Namely, the Chinese were after 20 employees of Freescale Semiconductor. The Freescale Semiconductor is an American company that developed the surveillance technology NSA used to spy people. Edward Snowden revealed NSA spying people. And once the Chinese found that the people responsible for the technology that was used for surveillance in China are flying to Beijing, they hijacked the plane. The Chinese intelligence faked the disappearance of the plane to capture 20 people. According to the Reddit user, 200 casualties are nothing when compared to the 20 people that Chinese intelligence could capture and find out more about the intrusion.

Without an Israeli involvement, no theory is complete. Such is the case with the Flight MH370. This theory suggests that Israeli agents had intention to crash the plane into a building, similar to what happened on 9/11. The Israeli agents then intended to put the blame on Iran. The theory is backed up by the fact that two Iranian nationals were traveling on the plane using forged passports. And apparently, that is all that people need for conspiracy theory this days.

Arguably the least plausible theory of them all, yet still many people believe it is possible. According to surveys, five percent of Americans believe that the Flight MH370 was abducted by aliens. There are even bloggers who point to UFO sightings in Malaysia.

Political
Buzludzha Monument – Abandoned UFO Cold War Monument
The cost of the building process was 14,186,000 leva, which equals to $35 million in today’s rates. The monument was ...
Civil Rights History: Six women you need to know of
Martin Luther King Jr. might be the first synonym for civil rights, but there were some extraordinary women in the movem...
The Mystery of Oak Island? Is there something there?
The privately owned island has much more to offer, but the most famous spot is the location now known as “the Money Pi...
Top 7 Cruelest Rape Punishments
More than 10 countries around the world punish rape by death