Five Famous Streets you should Visit 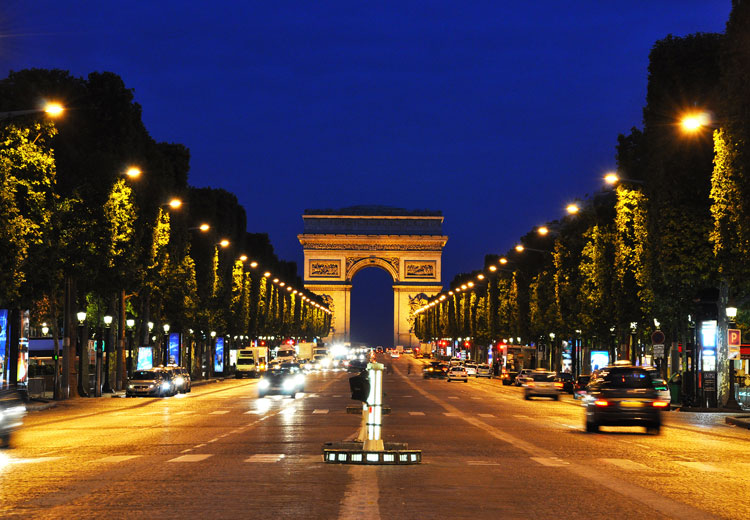 Not all streets are created equal. Some are more beautiful, some serve as a history lesson, and others are just stunning

Most often, people travel to cities and countries because they want to see a landmark, a museum, or the city as a whole. But rarely you would go to a city just to check a famous street. The truth is, there are streets in the world that you should definitely visit. And even if there is no other reason to visit that particular city, one street is more than enough. Not all streets are created equal. Some are more beautiful, some serve as a history lesson, and others are just stunning. The following five streets offer different reasons for a visit.

We are cheating with the first street, as it is an entire city. The city of Chefchaounen in Morocco is known as the blue city. And the reason is the signature streets, known for different shades of blue. The city was built in 1471, and served as a fortress for exiles from Spain. However, over the years, the city welcomed Jews and Christians as well. Jews and Christians moved into the city due to an ancient belief that using blue dye will remind people of the power of God.

There are number of streets you can visit, and the city offers much more. Fitness enthusiasts will find it challenging to move up and down the streets of the city. And the nearby mountains offer lots of hiking and trekking opportunities.

Fans of food will find that the Moroccan cuisine has plenty to offer. After a few days in the city, you will fall in love with the spices, aromatic herbs, and the tantalizing smells. Bread is baked in traditional oven, and fish is the dish you have to try.

The 1,000 year old town is a UNESCO World Heritage Site, all thanks to the canals and walkways. The city is home to some of the most spectacular street views you’ve seen in the world. The Old Town maintains the original flavor of the locals, including lifestyle, architecture, and cuisine. If you want to walk around, check the Qiyi Street Chongron Alley or Wuyi Street Wenzhi Alley.

You can also rent a bike, and drive around the city for a different kind of adventure. The city is also home to the Mu’s Residence, a family that served every dynasty in China. The residence is a palace covering more than 8 acres of land.

The original name of the street is Heerstrassse. However, the street became famous after photographers from all around the world started posting pictures. Every spring, starting from April, the street is one of the most beautiful in the world. The whole cherry blossom thing lasts for two to three weeks. And in those times, the trees create a magical tunnel and bring tourists to the city.

The street is located in the center of the city, just five minutes from another famous landmark, the Beethoven House. The trees were planted in 1980s, and since then, they create magic in spring. Bonn is a very nice and interesting city to see no matter what. The city served as the capital of West Germany from 1949 to 1990, and then as the seat of government of reunited Germany to 1999.

One of the most stunning parts of Northern Ireland countryside, the road is instantly recognizable to fantasy fans. Fans of HBO’s Game of Thrones will recognize the road as the “Kingsroad”. Nicknamed as the Dark Hedges, the trees were planted some 200 years ago.

The trees were planted by the Stuart Family to serve as entrance to their mansion. In the beginning, there were 150 trees. Nowadays, only 90 of them remain, as damage from winds and people have taken its toll. Over the decades, the branches of the trees grew over the road, eventually becoming entangled and intertwined. The result was a covered passageway with an ethereal feel. The combination of light and shadow, combined with mist, haze, or snow, draws professional photographers to take a picture. 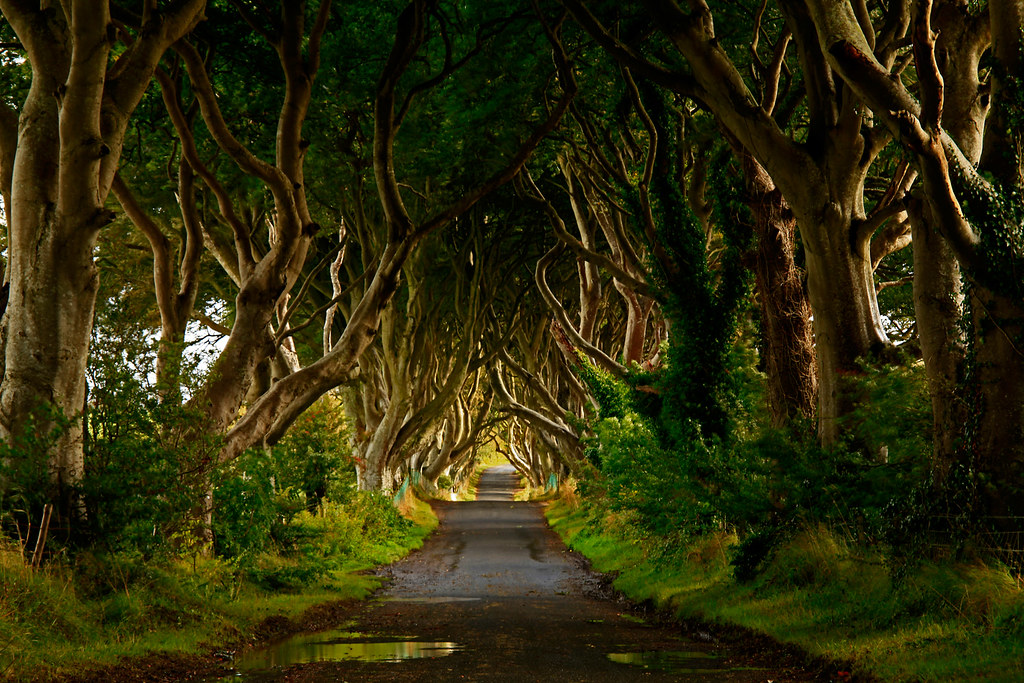 The road is however, part of a tourist attraction. Many other scenes of Game of Thrones are filmed in Northern Ireland, and more than 10,000 fans travel to the country each year. The Dark Hedges is the last location of the tour, blowing people away with the stunning beauty.

This is the most famous street in the world. Located in Paris, the beautifully manicured trees line the 1.2 mile long avenue. The avenue stretches from Place de la Concorde, and up to the Arc d Triomphe. The avenue was occupied by fields and kitchen gardens up until the reign of Louis XIV.

The street has experienced several tweaks during its lifetime. It wasn’t until the 18th century that the Champs-Elysees became a fashionable avenue thanks to the trees growing enough to form rectangular groves. And following the French Revolution, two statues were placed at the beginning of the avenue. The street is the second most expensive strip of real estate in Europe, just after Bond Street in London.

People
Huaxi – Secrets of the Richest Village in China
From the outside, Huaxi is dubbed as a socialist village. But on the inside, it is actually a capitalist corporation, m...
Airbus A350-1000: 335 million euros worth plane takes its first flight
The aircraft took its first flight from Toulouse-Bagnac Airport at 10:42 am local time
Moving Day in the White House explained – It is not as simple as you think
The trickiest part happens behind the scenes, and that is the physical changing of the White House
Five Architecture Designs that will change future
Since 2008, Berlin in Germany gathers top architects for the World Architectural Festival. The annual event focuses most...