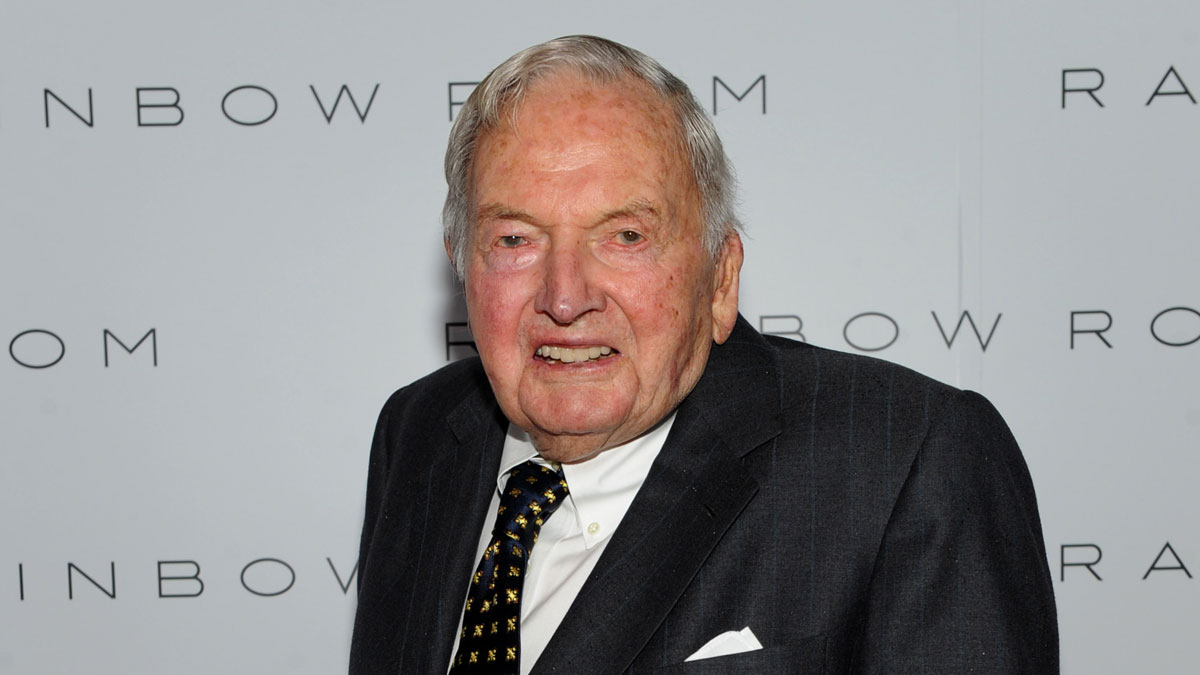 With so many conspiracy theories nowadays, one can always be count as verified and true: David Rockefeller is one of the most powerful people in world. One can even go a step further and say he is the most powerful among powerful people. Through the years, knowingly or not, Rockefeller has admitted that he is part of a secret organization, called the New World Order, which has only one goal in mind: world domination.

The drive of Rockefellers and their friends has always been simple, create a one-world government that combines communism and super capitalism. Now at age 100, David is the oldest living member of the organization. He is also the oldest living member of the Rockefellers, a family that has financial inputs in many industries and areas. In 1968, an American journalist, Jurriaan Meaessen, wrote one of the first repots on the New World Order, stating that the masonry organization is behind several studies including vaccines and mass castration and sterilization. Since then, the organization has evolved and is now one of the more powerful in the world.

Going back to the knowingly and unknowingly states by Rockefeller, we go through three quotes by the billionaire that perfectly sum up his organization.

- We are grateful to the Washington Post, the New York Times, Time Magazine and other great publications whose directors have attended our meetings and respected their promises of discretion for almost forty years. It would have been impossible for us to develop our plan for the world if we had been subjected to the light of publicity during those years.

- Ideological extremists have used my meeting with Castro to blame my family, and claim we rule the American politics and American institutions. They state I am behind a conspiracy and an organization working against the whole world, one world, if you like to call it like that. If that is the claim, then I state I stand guilty. And I am proud to say it, since we are building better global and political structure.

- All we need is the right major crisis and the nations will accept the New World Order.

What is the New World Order Plan?

The plan for world domination started in 1956, when the Rockefeller Brothers founded the “Special Studies Project”, a project that laid the blueprint for the organization that is nowadays more public than secret.

The organization had two goals in mind, and both were in the aftermath of the World War II. The New World Order had the same premises as the United Nations, an organization in which elites spin the agenda in a way that can be sold to people they are working in their best interest. The plan has been masterfully explained by redefininggod with excerpts from the project.

There are countless conspiracy theories linked with the New World Order and David Rockefeller. Here are some that have caught the attention of media.

- The 10 Kings Prophecy have been around since the Book of Revelation. According to the prophecy, 10 kings (nations) will rise to power and create a new government.  It is entirely the basis of the New World Order. Another fact pointing to this theory is the paper published in 1973 by the Club of Rome, in which the club suggested that the world should be split into 10 regions. Some theorists even believe that the famous G8 group will expand to 10 core nations one day, which will be a signal for Armageddon and end for the live we know it.

- The Majestic 12 is another group that has been linked with the New World Order. The theory suggests that in the 1940s, President Truman created a secret committee which included some of the best scientists. The group kept track of UFOs in America. The organization was kept secret, but over the years, documents and proofs have surfaced. But the fun part is that the Majestic 12 is actually a hoax, created with a sole purpose to keep the attention of the public away from the threat aliens in the government.

- The Bohemian Grove is actually a very real conspiracy theory. The Bohemian Club is located in California, and is the home of artists and leaders from around the world. The club holds meetings once a year, and nobody knows what happens behind closed doors.

- The surveillance theory was also proven by Edward Snowden. According to the theory, the New World Order uses tons of assets for mass surveillance, which is how they examine people worth living in the new world that they will create. Some believe that the group uses bar codes and tracks every movement thanks to the bar codes.

- Last, but not least, there are theories that the New World Order has only one goal in mind, and that is creating the “Posthuman”. The goal is to create new breed of superhumans, and alien technology will play a large part in that.

- One theory suggests that the New World Order will trim the world’s population to 2 billion, all of which will continue to function as the human race. How the group will achieve the goal is unknown, but if you link their existence and involvement with organizations like the World Health Organization, it is easy to think that the NOW will release a deadly virus.

Since the beginning of time, New World Order has been linked with some of the most powerful politicians in the world. It comes as no surprise that some of them have been as open to mention the organization in their speeches. Here are some examples.

- The ‘affirmative task’ before us is to “create a New World Order – US VP, Joe Biden

- We will succeed in the Gulf. And when we do, the world community will have sent an enduring warning to any dictator or despot, present or future, who contemplates outlaw aggression. The world can therefore seize this opportunity to fulfill the long-held promise of a new world order – where brutality will go unrewarded, and aggression will meet collective resistance – President George W Bush, 1991

- Each of us has the hope to build a New World Order – Former US President Richard Nixon in China, 1972

- We are moving toward a new world order, the world of communism. We shall never turn off that road - Russian President Mikhail Gorbachev, 1987

- In the next century, nations as we know it will be obsolete; all states will recognize a single, global authority. National sovereignty wasn’t such a great idea after all – US Deputy Secretary of State Strole Talbot in 1992

- The real truth of the matter is, as you and I know, that a financial element in the larger centers has owned the Government ever since the days of Andrew Jackson – Former US President Franklin Roosevelt in letter in 1993

- Our new world rests on order. The danger is disorder. And in today’s world, it can now spread like contagion – UK Prime Minister Tony Blair.