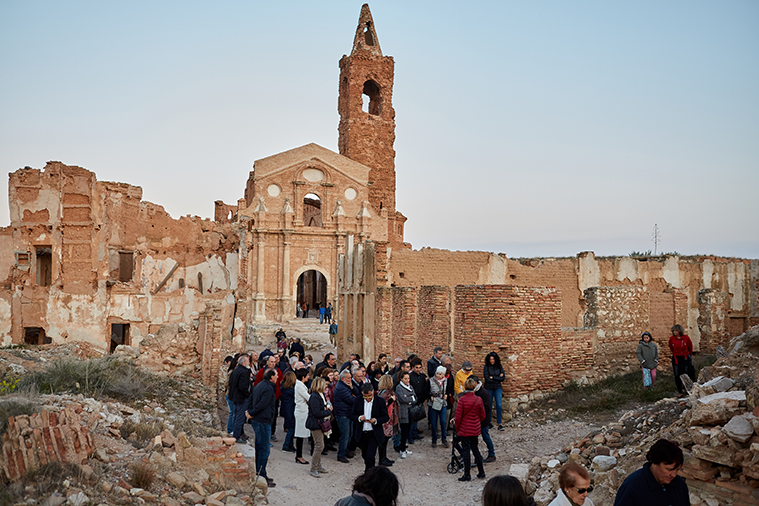 The old village serve as a reminder of the tragedies that occurred during Spanish Civil War. Between August 24 and September 7, 1937, General Franco and his forces fought in and around the town. Following the win, he ordered a massacre of the town

Belchite is a site where the ravages of the war are more striking than in any other place in contemporary Spain. It is a municipality and village in the province of Zaragoza, Spain. Located about 40 km southeast of Zaragoza, Belchite is the capital of the Campo de Belchite administrative region.
In 1122, Alfonso the Battler founded the Confraternity of Belchite to defend the frontier. In June 1809, French and Spanish forces fought near the village in the Peninsular War. 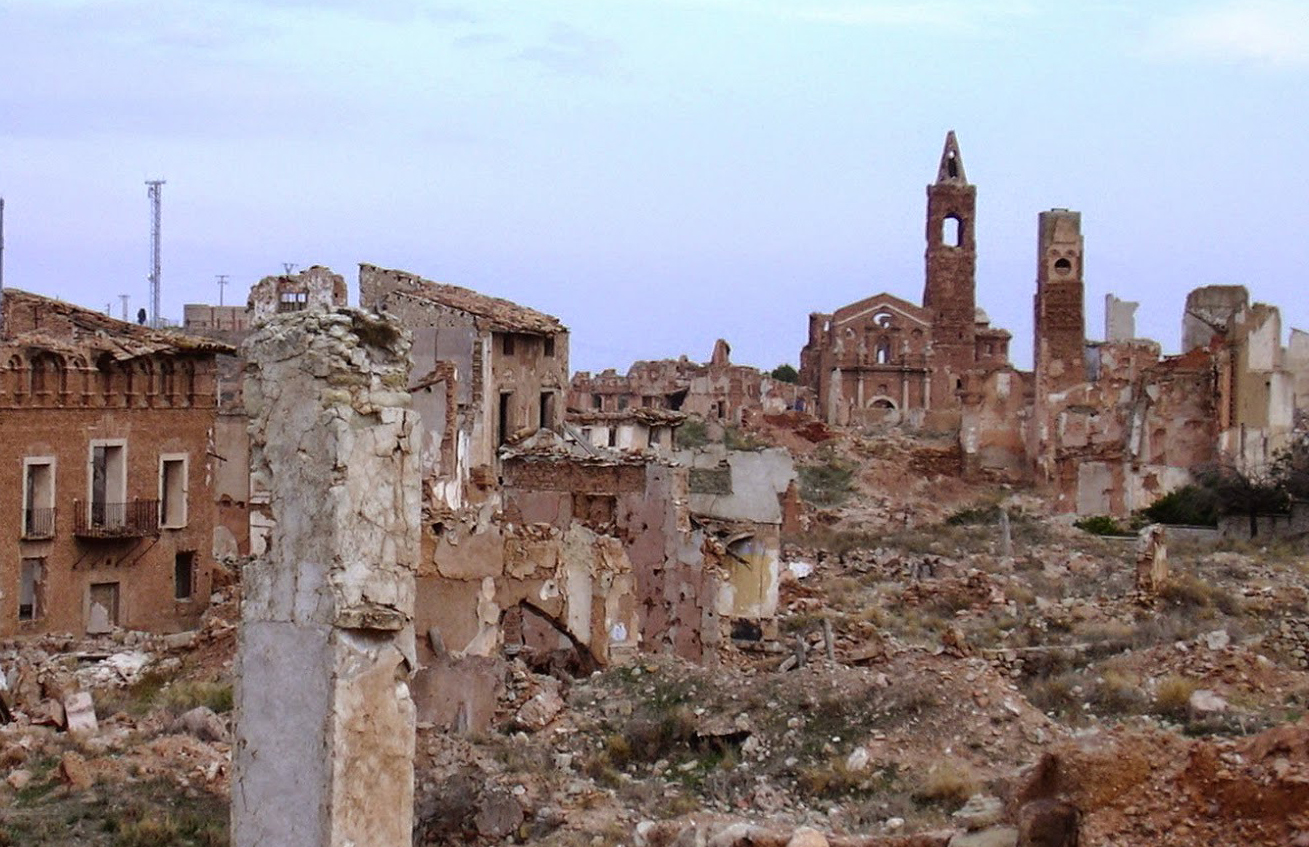 Now, the remains of the old village serve as a reminder of the tragedies that occurred during Spanish Civil War. Between August 24 and September 7, 1937, General Franco and his forces fought in and around the town. Following the win, he ordered a massacre of the town.

The Battle of Belchite

The Battle of Belchite refers to a series of military operations taking place between August 24 and September 7 in 1937. The town found itself on the front lines between two armies and two ideologies during the Spanish Civil War.
Initially controlled by Nationalist army, the Republicans took after a siege lasting from August 24 to September 7.
After a couple of failed attempts to capture the town, the Republican military leadership decided to try something new. The Republicans planned an offensive for Aragon in order to slow down the Nationalist advance in the north. They planned to take down Zaragoza, the capital of Aragon, a few kilometers behind enemy lines.
Zaragoza was the capital of Aragon and the communication center of the Aragon front. Although the Republicans gained initial success and managed to push the front line 10km deeper into Nationalist territory, they failed their objectives.
They couldn’t slow down the Nationalist offensive in the north, and failed to capture Zaragoza. Instead, the Nationalists prevailed in Belchite and the Zaragoza region.

Following the win, Franco destroyed the whole town. He ordered the ruins to be left untouched as a living monument of war. The nationalists constructed a new town near the former.

The Legend of Belchite

The legend says that if you stand in the streets of the abandoned village at dusk, you can hear the plaintive cry of a young child who cannot find his mother. Local farmers know the sound, but they still get afraid when they hear it. It might be just a legend, but it is a memory of the tragedy that happened n Belchite.
During those two weeks of war, thousands of civilians in Belchite lost their life. With no space for graves, their bodies were piled up in the town square and set alight. Some were thrown into an underground olive oil press and the entrance was sealed up.
Franco, at the time dictator of Spain, ordered the survivors to abandon the town. They constructed a new town near Belchite, and there they stayed there as prisoners of war.
What happened in Belchite was a modern tragedy of war on an unimaginable scale. Thousands of men, women, and children got killed in just two week period. 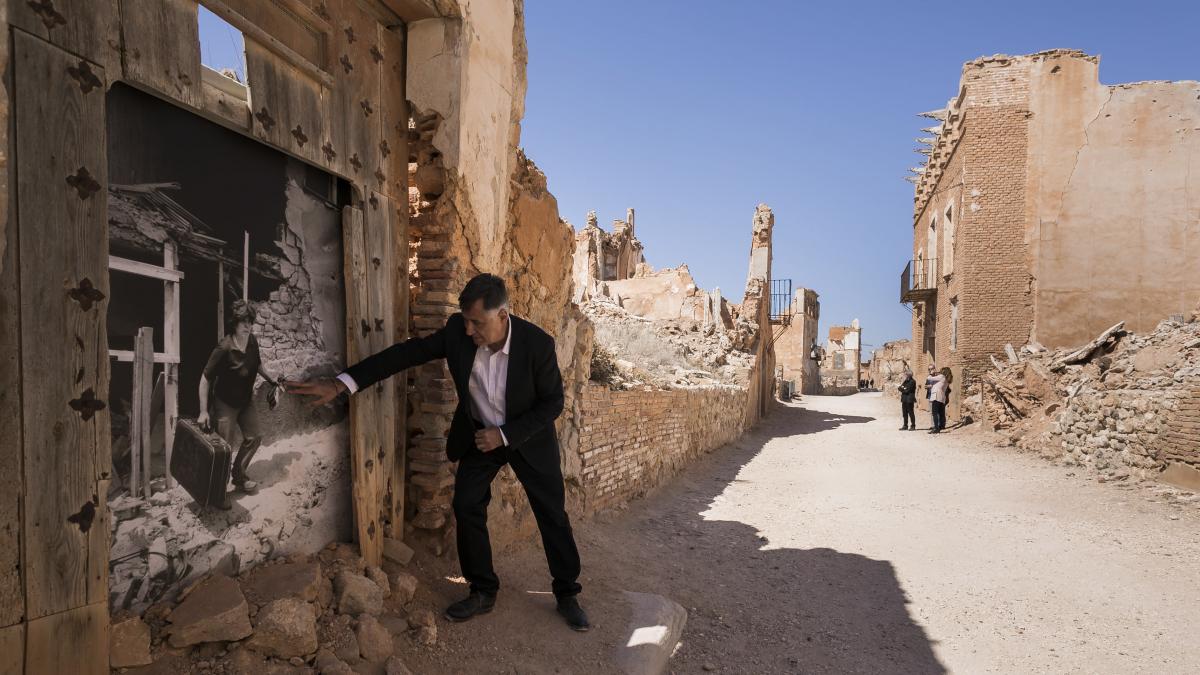 There are many voices and things that visitors can hear at night. People hear different things, ghosts, and other frightening things. But after understanding what happened in the town, you know why you hear the ghosts.
Author Ernest Hemingway and two journalists arrived in Belchite shortly after the battle. He recorded the total devastation, seeing bodies and flies. Hemingway wrote, “Belchite was less a town than a nasty smell”.
Franco used the ruins of Belchite as a monument to his ability to punish at will. And it served as a living monument for three decades, until the dictator died in bed. What remains now is an enduring mechanism of terror, and a testament to the human folly of war and brutality of fascism. 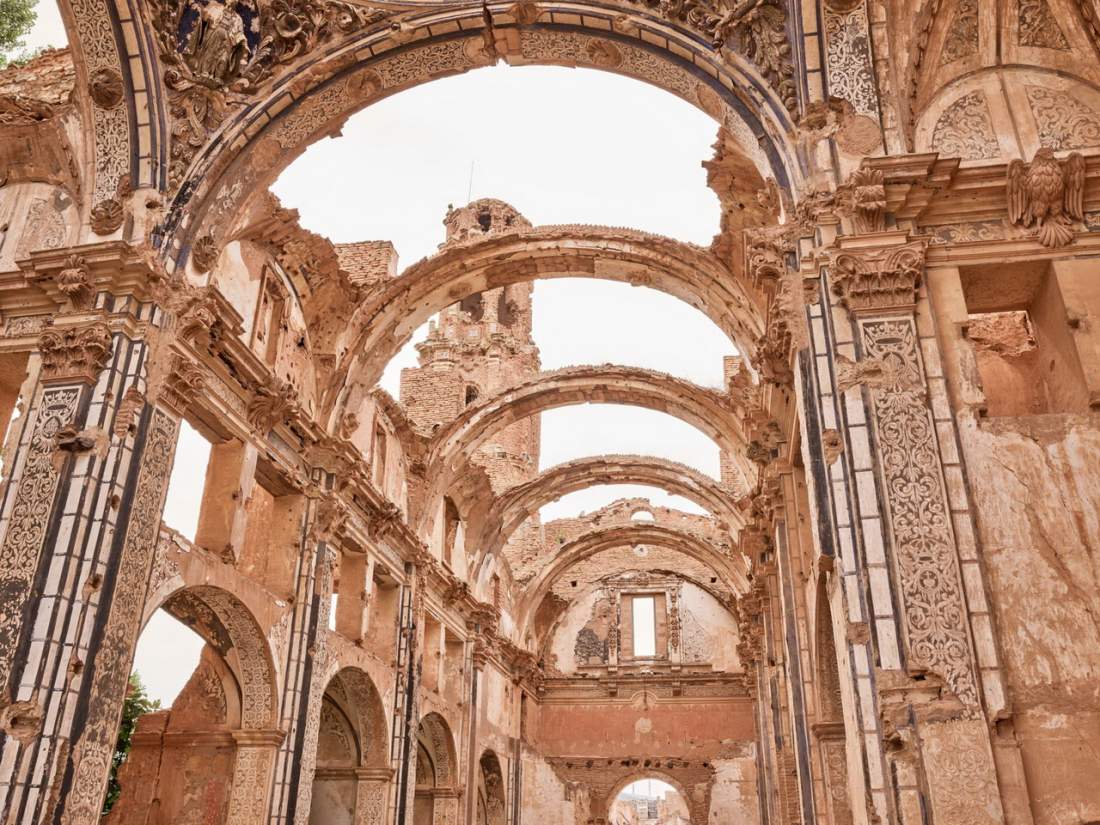 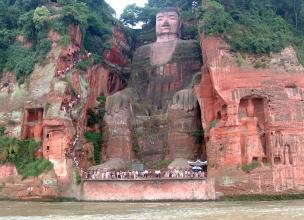 Travel
Leshan Buddha – A Great Engineering Achievement
Leshan Buddha is the tallest statue of Buddha to be found in the world. It was carved from the sandstone of a cliff over...
Catacombs of Paris – Fascinating and Scary at the Same Time
For a city famous for its love of fashion, romance, and culture, Paris has a couple of dark secrets lurking under its st...
Going through the Longest Tunnel in the World
With a length of 53.8km, Seikan connects the islands Honshu and Hokkaido
Santa Cruz del Islote – Most Densely Populated Island in the World
According to legends, the island was uninhabited some 150 years ago. The size was less than a hectare of land. It floate...