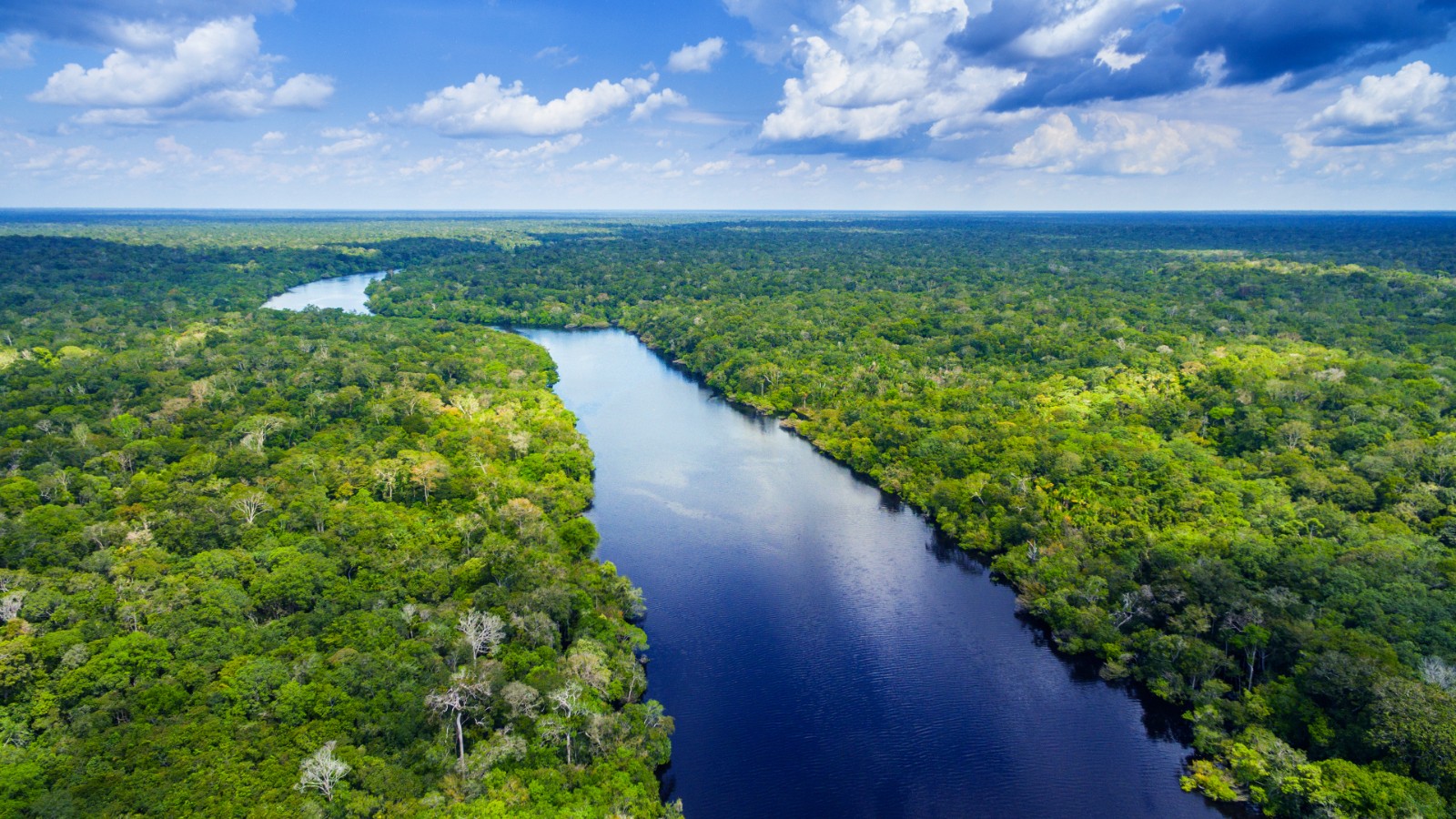 No matter what, it is amazing that the Amazon River is one of the longest and most amazing. The quantity of fresh water released to the Atlantic Ocean is enormous, 184,000 m3 per second in the rainy season. The Amazon is responsible for a fifth of the total volume of fresh water entering the oceans worldwide

The Amazon River, also known as River Amazon, is one of the longest two rivers in the world. The long-rivalry with the Nile River in Africa hasn’t come to an end. People from both sides suggest their river is the longest.
No matter what, it is amazing that the Amazon River is one of the longest and most amazing. The quantity of fresh water released to the Atlantic Ocean is enormous, 184,000 m3 per second in the rainy season. The Amazon is responsible for a fifth of the total volume of fresh water entering the oceans worldwide.
The main river is navigable for large ocean steamers to Manaus. Let’s check some of the most amazing geography and length facts about River Amazon.

Origins of the River

The Amazon River originates from a glacial stream from a peak. It is called NEvado Mismifound and it is located at an elevation of 18,363 feet (5,597 meters) in the Peruvian Andes.
A simple wooden cross on the peak marks the most distant source of the Amazon River.

Named after a Greek Myth

The Amazon River and rainforest were named by Francisco de Orellana, the first European explorer to reach the area. He was the first one to encounter the Pira-tapuya people. In a battle against de Orellana and his men, Pira-tapuya men and women fought alongside one another. 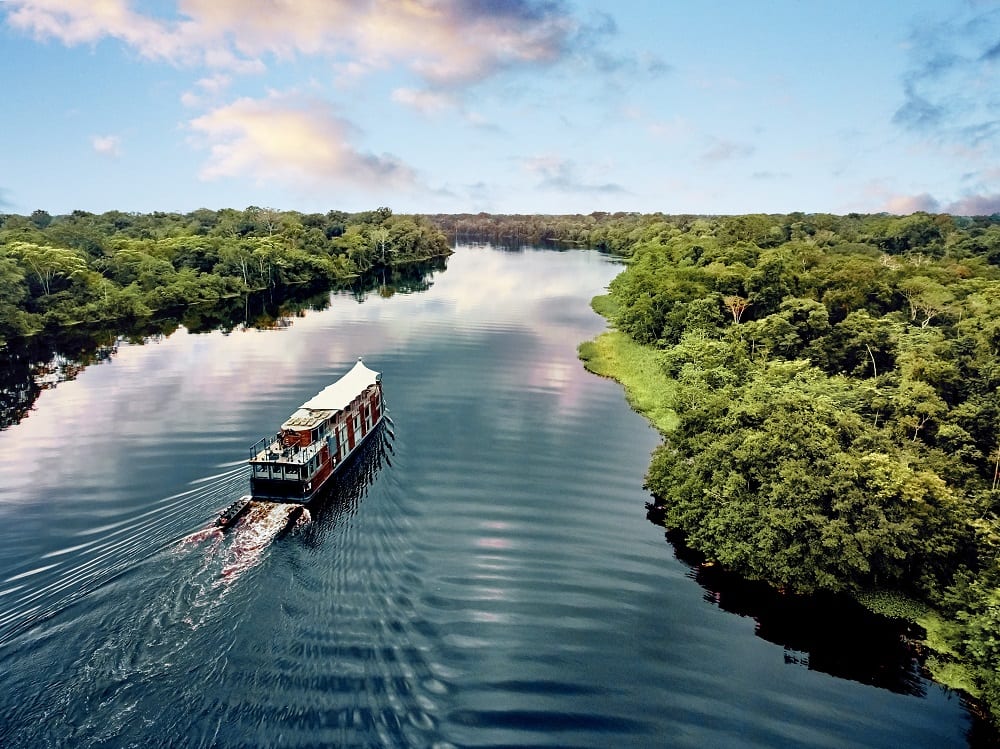 He named them after a Greek myth. According to Greek mythology, the Amazons were a group of nomadic female warriors that roamed around the Black Sea.
Based on this mythology, de Orellana named the river the Amazon after his battles with the Pira-tapuyas.
Now onto some geography facts.

The Amazon has 1,100 tributaries 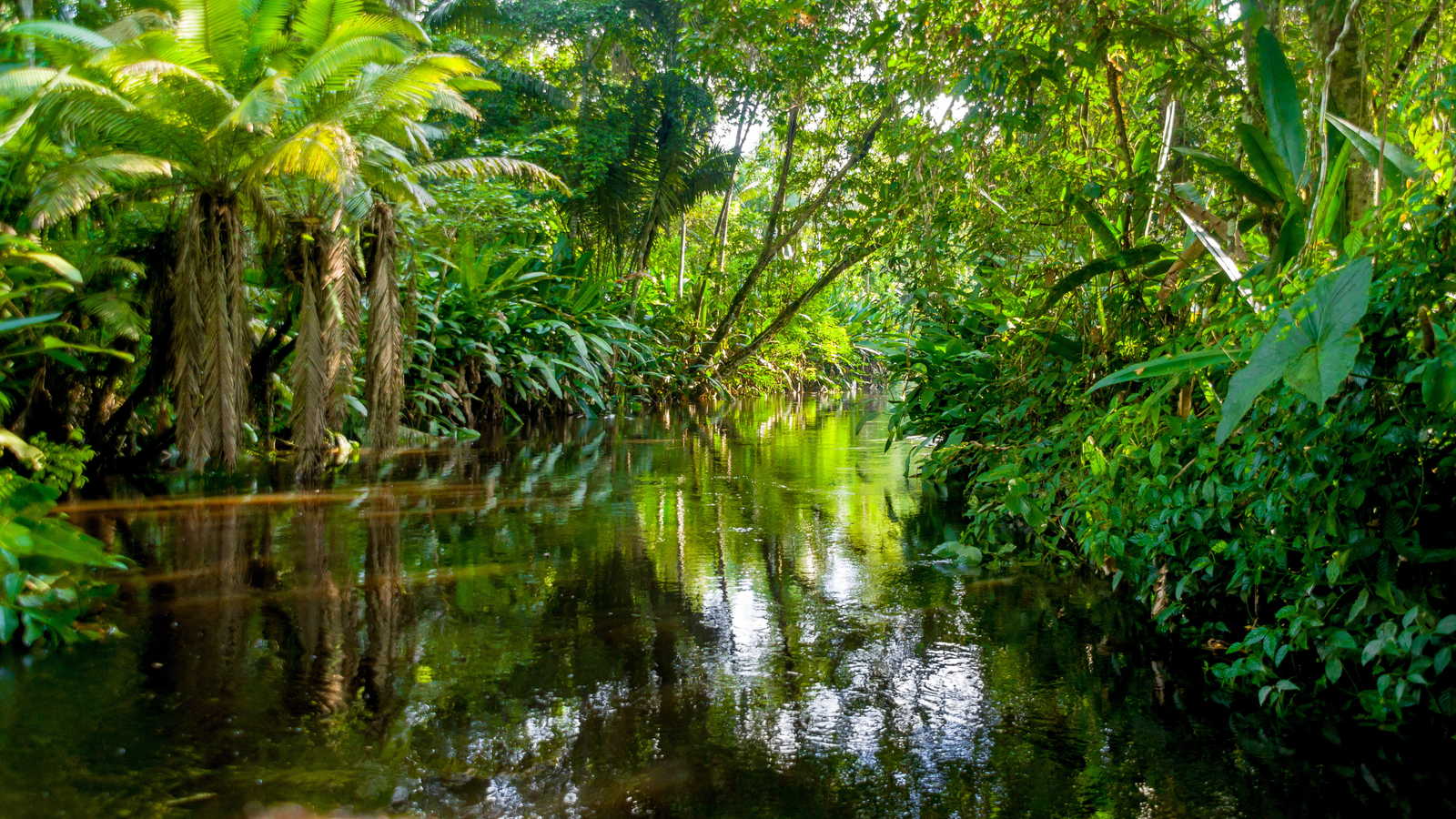 And we have to mention the Amazon river dolphin, the largest river dolphin in the world, growing up to 8 feet and 6 inches.

River with the largest drainage

The Amazon river is the largest in terms of drainage and waterflow. It has an average discharge of 7,381,00 cubic feet per second.
This discharge is greater than the next seven rivers combined. It also has the largest drainage basin in the world at 2,720,000 square miles.
Because of the width of the Amazon, the river has earned the nickname, The River Sea. The width can vary. During the wet season, it expands up to 30 miles, with flooding occurring between June and October.

We talked about how much water the Amazon releases into the Atlantic Ocean. It alters sea level in the Caribbean.
As freshwater leaves the mouth of the Amazon, it gets picked up by the Caribbean current and it carries the water to the Caribbean islands.
Some experts and models predict the Amazon river along causes sea levels around the Caribbean to be 3cm higher than they would without it.

According to a 2018 study, the Amazon River has 142 dams, with an additional 160 dams proposed for construction. They provide electricity in the form of hydropower. But there are no bridges, all 10 million people who live on the banks can only cross the freshwater flow by boat. 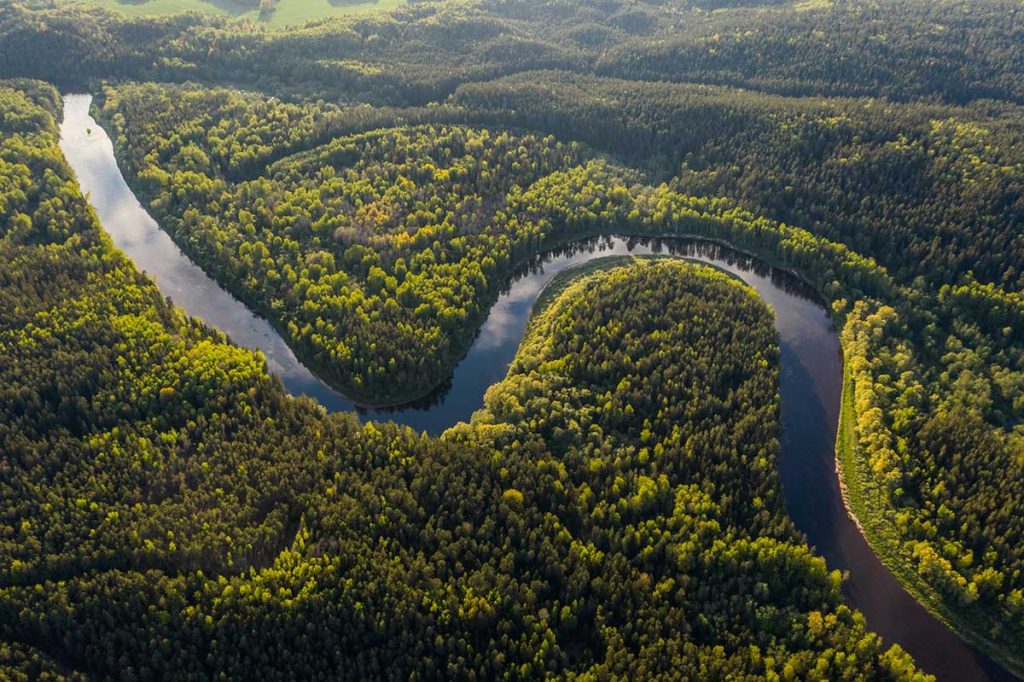 The lack of bridges is also due to the seasonal changes in the Amazon river bed.

Accounts for 40% of all water in South America

Let’s finish with one of the most amazing facts. The River Amazon is where 40% of all water in South America ends up. Like a wide net, the Amazon River watershed collects rainfall from miles around the river, including the Andes mountains and the Amazon rainforest. 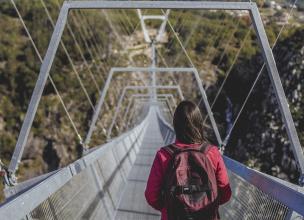 Environmental
Sky Bridge 721 – Everything You Need to Know about the Longest Suspension Bridge
Opened to the public in May 2022, the bridge offers views of the landscape. It spans the Miynsky Stream valley from the ...
The Crystal Caverns, Mexico – Beautiful but Deadly
They are extremely hot, one factor that makes them hard to explore for visitors. The largest known crystal found in the ...
Sea Otters – Amazing Endangered Species Animals
For more than 40 years, the conservation status of sea otters remains unchanged. Their future remains uncertain. In the ...
Worst Earthquake Disasters in History
So far in history, there have been a couple of earthquakes that left cities in ruins behind them