5 Things You Need to Know about the Hijab 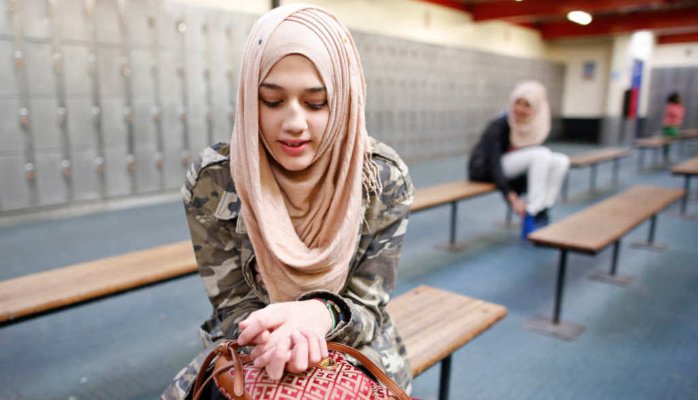 Hijab is an accessory in the form of a scarf that Muslim women wear. They are the same light scarves women all around the world use to decorate their neck or put across their shoulders when they are cold. But they represent much more for women in Muslim countries. Let’s take a look what is behind the veil.

We said that Hijab is something that Muslim women wear. But contrary to popular belief, the Hijab has a long and rich history among many other cultural traditions. Travel through countries in Africa, South Asia, Middle East, and South Eastern Europe, and you’ll find a diverse range of Hijabs in different colors, prints, and patterns.

The meaning of Hijab is something many people get wrong. When translated in English, Hijab means “veil”. The word is derived from the Arabic root “Hajaba”, which means hide from view or conceal. The term is used among Muslims in reference to their head-scarf and long garments Muslim women wear.

Another popular misconception is that women wear Hijab to please their husband. That is not true. Wearing a hijab is not a law made or enforced by men. Therefore, Muslim women, and women in general, do not wear it to please men.

Women wear Hijab to please God, as it is their spiritual choice. Some follow it, others do not. And no, women who do not wear Hijab do not believe they will be burned in hell fire. Muslim women believe only God can judge them, and he is the most merciful.

Another popular misconception is that women who do not wear Hijab will be raped and sexually harassed. That is not true. Ill-behaved men will harass a woman whether she is covered or not.

Arab and Muslim countries nowadays actually allow women to choose whether they will practice wearing a hijab or not. Women wear it for a number of reasons, and most of them are linked with faith and personal comfort.

Usually, extremist groups mandate women to wear Hijab. Even then, it is more for cultural reasons than religious reasons.

Hijab was an upper-class women accessory

If you look at the history of the veil, it originated in pre-Islamic societies. Before the Islam took it as a faith accessory, the veil was representing an upper class status. For example, in Mediterranean societies, women still wear veils to represent they are wealthy. Speaking of Mediterranean societies, prostitutes and slave women were prohibited from wearing the veil. The similar rules applied to Greek and Persian society.

The veil is a form of spirituality and mindfulness for women. They wear it to show their focus is not on outer appearance, but on what is in your heart and mind. Think of the Hijab as a form of expression, not a form of oppression.

Muslim women want to show that in a world fixated on image and materialism, they care about something more. It is wrongful to think of women who wear Hijab as closed-minded. In fact, for one to be progressive in thought, we must first accept others as they are.

As mentioned previously, there are a lot of different styles you can wear the Hijab. The traditional and orthodox understanding is that a Hijab should cover the entire neck area. That is coming from a verse in the Qur’an. Scholars believe that the Qur’an teaches that the entire body should be covered with the exception of the hands and the face.

However, there are women that interpret the verse differently. And because of that, they wear the Hijab as a turban, and show the neck. Some styles call for covering some of the neck, and some call for showing some of the hair.

Styles also vary by region. There are many cultural nuances in wearing a Hijab. For example, Shayla is something you see in the Middle East. The headscarf covers the chest area and wraps around the shoulders.

How to understand Muslim women

The best way to understand Muslim women and why and how they wear the Hijab is to befriend one. It will be even better if you can befriend many. There is no better way to understand them than to meet them. That will allow you to properly determine how you feel about them and their religion, culture, and tradition. 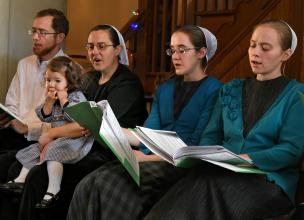 Religion
Who are the Mennonites?
Mennonites are Anabaptists, a faith stream within Christianity. They are often mixed with Amish people, but there are di...
The Latin Language – Dead but Still Alive
Latin language requires students to break down grammatical structures and parts of speech, preparing them for tackling o...
Glimpse into the Amish Community
As a strict community, they have a couple of rules that fellow members of the community must abide to. And while people ...
Sharia Law – What Does it Mean for Women in Afghanistan?
After regaining power in Afghanistan, a Taliban spokesman said, "We are going to allow women to work and study within ou...