10 Things worth knowing about Beer, the drink of our generation 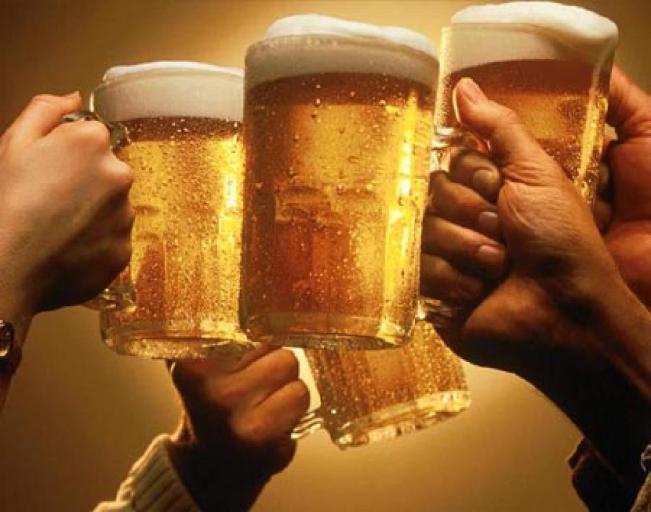 A fun fact: beer is made from water, and in some regions around the world, the water is better suited for making bee

A known fact is that beer is the most widely consumed alcohol, but it is also the third most popular drink. After water and tea, beer is the most popular drink around the globe. That says something about beer, which can be also named the “drink of our generation”. And while wine is the drink of the gods, beer is the drink of the masses. A fun fact: beer is made from water, and in some regions around the world, the water is better suited for making beer. Here are 10 more interesting things you should know about beer.

Don’t judge a beer by its color

The common misconception about beer is that dark colored beers are strong, bitter and heavy. But that is not always the case. It is wrong to judge beer by its color, since the color comes from a different source, not from the strength of the beer. The color of the beer comes from the roast level of the malt that brewers use in the recipe. Some dark beers are low in bitterness and alcohol, and some light beer as strong. It is a mistake to think of light beers as light in alcohol.

Beer is typically drank with food, as a “side dish” and refreshment to the main meal. But many people do not know that sometimes, beer comes in flavors that complement the main dish. For example, some known flavors of beer include pepper, lemon, cherry, chocolate, biscuit, grapefruit and others. Make sure to combine the beer flavor with the flavor of your main dish. Think of the beer as part of your dish, not as a side dish.

Most people know Lagers and Ales as the two most popular beer types. And while those two are the common types and the ones you will find in your everyday grocery store and bar, there are more than 400 types of beer. Ale is the oldest type, while Lager is the most consumed type. Ale is a type of beer when the yeast ferments at higher temperature, causing the yeasts to stay at the surface. The result is a toasty yeast at the top. Some of the popular Ales are Belgian Ale, Amber Ale, Porter Ale, Stout Ale, and Blonde Ale. Lagers, on the other hand, are beers where the yeast ferments at a lower temperature, and therefore does not float at the surface.

The first production of beer traces back to Babylonia, around 6000 BC. Back then, the brewers were women and brewing beer was considered a noble task for the female population. And not every woman could be a brewer. Only those from elite backgrounds were allowed and had the privilege to learn to work in breweries. Nowadays, Brewster is a term that is still used for women who brew beer. Even more interestingly, men were prohibited from selling or making beer by law.

Beer as a cure

Back in Ancient Egypt, beer was considered a drink that can be used to cure illnesses. Beer was part of the diet, since back then it was made from barley bread. Beer also had a religious value in Ancient Egypt. Commoners used it to make offerings to God. Another use of beer in Ancient Egypt was for payment. Workers on the Pyramids were paid with beer, one gallon per day.

There is a name that is used nowadays for beer experts. The term is Cerevisaphile, and it is a word that derived from the Latin name of the Roman Goddess of agriculture, Ceres. The word means strength and is often used to refer to bear enthusiasts and experts.

Beer is one of the more sacred drinks in Vikings culture. The popularity of the drink in the religion and cultures goes as far as believing that a giant goat whose udders provided an endless supply of beer was waiting for them in Valhalla. Valhalla is the name used for Viking heaven.

There are many phobias nowadays, and one of them is linked with beer. Cenosillicaphobia is a term used for fear of an empty beer glass.

While most of the beers usually contain around 5% or 10% alcohol, there are also types of beer that contain more alcohol than some popular liquors like brandy and whiskey. The strongest beer ever made is “Snake Venom”, a beer made in Scotland. The beer contains 68% alcohol, and costs $75 per bottle. The bottle of the beer carries a warning sign, and the company that produces it recommends that the drink should be consumed in small measures, similar to the way we consume fine whisky. Venom Snake is produced from different yeast strains, ale and champagne.

Lifestyle
Café Pushkin - Where Espresso tastes like history
The café is the home for those who want to extend their nightly experience, but also for the morning people
For wine lovers, Cricova in Moldova is their Mecca
The city is one of the most mysterious places in the world, a place that wine lovers could dream off. The city boasts th...
The truth about GMO food - Top 7 frequently asked questions
At the moment, there are at least 35 varieties of genetically engineered crops in the world today. All of them are regis...
Coffee
Is It Good For You?