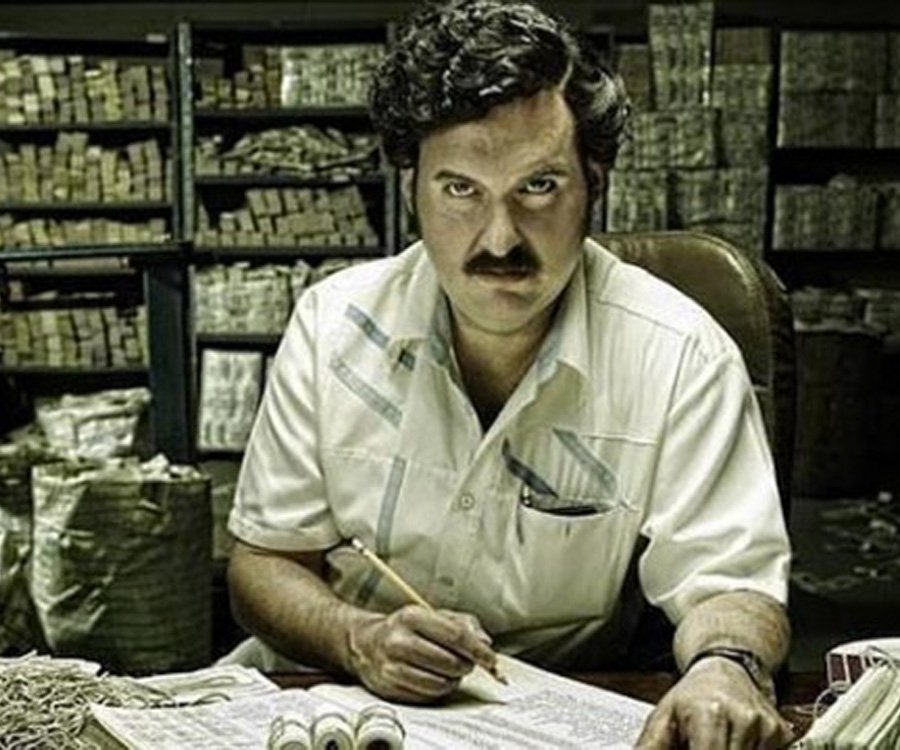 Born as a son to a poor Colombian farmer, Pablo became the richest man alive by the time he was 35 years old

There was a time Pablo Escobar was one of the top 10 most famous people in the world. The drug kingpin was at the height of his power in the 1980s, when he was making more than $22 billion a year. Those are numbers not many entrepreneurs can grasp and imagine nowadays. And with the popularity of new Netflix TV Show Narcos, which illustrates the life of Escobar, it might be time to revisit some of the facts regarding his treasure.

The king of cocaine and drugs was born as a poor farmer. His father was a poor Colombian farmer, and Pablo was set to inherit the family business. He was born on December 1, 1949 in Rionegro, Colombia. However, Pablo went a different route, and entered the world of drugs. By the time he was 35, Escobar was the wealthiest man in the world. Pablo died on December 2, 1993. Here are some unbelievable and ridiculous facts about his treasure.

- In the middle of the 80s, at the height of his power and the power of his Medellin cartel, he earned $22 billion per year. That is the profit made by his drug cartel. Every week, he banked another $420 millions

- By 1989, when he was recognized as the seventh wealthiest man alive, his cartel controlled 80% of the world’s market for cocaine - At the height of his and his cartel power, Medellin cartel smuggled 15 tons of cocaine in the United States per day. According to articles from authoritative newspapers, his smuggling routes went through Florida. In Florida, Colombians threw enormous packs of cocaine from a plane, and the shipments were later taken over by American associates. Using small boats and hydro airplanes, American associates transferred the cocaine to the mainland

- At the height of his cartel power, four out of five Americans used cocaine, and all of them bought from the El Patron. Fun fact: El Patron means the boss of an industry in Spanish language, but it is often used for the saint of a city

- Escobar could have been even richer. He was faced with a problem that he couldn’t launder his money as quick as he was making them. Every year, his cartel “dismissed” 10% of the treasure. According to his associates, 10% of the money were lost due to moist and mice eating them. Pablo and his associates hid money in cornfields, or inside the walls of the house

- In order to imagine how much money in cash Pablo had, let’s take a look at this fact. Every month, his cartel spent $2,500 just for rubber bands. They used those rubber bands to wrap the money

- His son, once famously said that Pablo Escobar burnt $2 million in his house, just so he can warm the house

- Being one of the richest men alive turned Pablo into a humanitarian in his latest years. He was nicknamed Robin Hood because he started building houses for homeless people, and give money to the poor. During his life, he managed to build 70 football terrains and a Zoo - Speaking of his building and architect activities, he even built a luxurious prison. He was taken to that prison after being convicted. Pablo designed the prison himself, and he even hand-picked the prisoners that can be taken to La Catedral. During his prison sentence, Pablo continued with his work. And he certainly could, since his prison was a luxurious home. He had sport courts, a barbecue park, and he even built a villa close by for his family to live in. Colombian authorities were not allowed five miles from the prison.