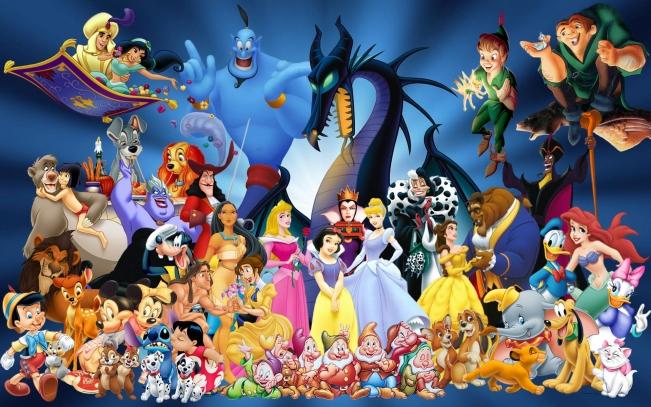 Since 1937, Disney Studios have produced 54 full length feature movies. Through the animated movies, Walt Disney has introduced hundreds of characters, some minor, and some major. But what makes Walt Disney such a genius and magician, is his ability to place Disney characters in other Disney movies

In one of the latest movies, produced in 2013, Disney places two other new characters. Watch the coronation in Arendelle carefully, and you will notice two major characters from the Disney world, Rapunzel and Flynn. Flynn and the princess Rapunzel were main characters in another Disney movie, Tangled, which debuted in 2010.

A movie about dogs cannot be left without some of the signature dog characters in the Disney world. During the Twilight barking scene in 101 Dalmatians, fans can see major characters from Lady and the Tramp, including both title characters and Peg and Jock. Peg is also present in the movie during a scene with a pet shop. She is sitting in a dog basket in the window display of the shop. 101 Dalmatians debuted in 1996, while the lady and the tramp is one of the first Disney movies, debuting in 1955.

Jock and Peg from Lady and the Tramp again make an appearance in this classic Disney movie. Oliver debuted in 1988, but you can notice a character that later plays a major role in a Disney movie. The main character from 101 Dalmatians, Pongo, also makes a cameo appearance in Oliver and Company. Aside from dogs, Oliver and Company also features princess Aurora from the Sleeping Beauty.

A royal wedding cannot happen without a King and a Duke. During the wedding scene in the Little Mermaid, two familiar characters make a cameo appearance. We are talking, of course, of the King and the Grand Duke, the two loyal friends from Cinderella. Also in the Little Mermaid, Goofy, Mickey and Donald make an appearance during King Triton’s entrance at the beginning of the movie.

Tarzan is another new movie with “old school characters in it”. During the camp scene in Tarzan, Terk, Tarzan’s chimpanzee friend plays with kitchenware. Within the kitchenware, you can notice Mrs. Potts and Chip Cup, two of the funniest characters in Beauty and the Beast. The animation is slightly different, but it is them.

The Princess and the Frog

In the Princess and the Frog, a familiar character from Aladdin makes an appearance. The magic carpet can be seen during the opening scenes of the movie. The movie also features the Genie’s lamp in the “Dig a little Deeper” scene.

In Aladdin, there are a number of tongue-in-check references, such as the Goofy hat that the Genie wears at the end preparing for his journey. However, there are also subtle, and hidden characters in the movie. One of them is the Beast, from Beauty and the Beast. He is one of the Sultan’s toys.

The Hunchback of Notre Dame

There are three Disney characters that make cameo appearances during the Hunchback. One of the most beloved characters, the Princess Belle makes an appearance. But she is expected, since the movie takes place in France. However, the Magic carpet from Aladdin and Pumbaa from the Lion King certainly do look out of place.

During a scene in the caves, you can see one of the most beloved and popular characters in the Disney universe. It is Tinkerbell from Peter Pan.

Hercules is known for his power and strength, so it is no surprise that he manages to kill one of the most fearsome villains in the Disney world. During his quests, Hercules kills a Nemean Lion, who is actually Scar from the Lion King.

This is not a character, but it will blow your mind, as it shows the genius of Walt Disney at its full display. The sign before the house reads Anaheim and Valencia. Why are they so significant? Well, Disneyland is in Anaheim, while Valencia is the home of the California Institute of Arts. Many of the artists working for Disney studios were attending the California Institute.