The new series, called Wild West Corke show the wildlife around the West Cork. The West Cork is a cultural region in Country Cork, Ireland, with the main difference being that the Gaelic culture and Irish language had a longer independent existence.

The series is created by Cojo Films, and the goal is to show the wildlife in every episode. In the first episode, the series focuses on the Minke Whale, a mammal that can be spotted on the West Cork Coast.

The Minke Whale arrives inIreland as early as March. The whale travel inshore as a way to protect themselves from predators in open waters.

There are two species of minke whale, one of which is the common (or northern) and the Antarctic (southern). The whale was first described by the Danish naturalist Otto Fabricius in 1780. The name minke whale is a partial translation of “minkehval”, which is Norwegian for whaler named Meincke. He mistook the northern minke whale for a blue whale.

58:13
Environmental +1
The Lost World of the Pacific

44:14
Environmental +2
When The Sahara Desert Was Green

Nowadays, we know the Sahara Desert as a place defined by undulating sand dunes, unforgiving sun, and oppressive heat.But imagine this for a second. Some 10,000 years ago, the... 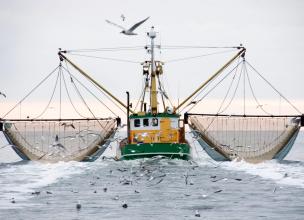 Nature
Overfishing - Putting the entire ocean system at risk
Damage done by overfishing goes beyond the marine environment. People rely on fish for protein. Fish is also the princip...
What Is so Special About Surtsey Island, a Place Tourists Can Never Visit?
Surtsey Island provides scientists with a nature laboratory they can use to explore colonization of new land by plants, ...
Joyxee Island – eco-friendly floating paradise made of plastic bottles
The island is located in Isla Mujeres Bay near Cancun city in Mexico. It has a three-storey house with two bedrooms, a k...
Top 7 Strange and Weird Looking Mushrooms
We are all accustomed to the regular type mushrooms, the champignons mushrooms. That is just one of the many hundreds of...