F35 the biggest mistake in US military history?

One of the most expensive military projects is the F35, a fighter and bombarded that was marketed as “do everything plane”. After investing more than $1.5 trillion in the project, the US military is left with almost nothing to show.

But was the F35 one of the biggest mistakes in US Military history? According to Atlantic, a magazine dating back to 1857, the F35 definitely did not meet its goals.

In this short video, the magazine explains what makes the F35 such a failure. For starters, the aircraft has troubles flying at night, and there have been examples of engine explosion in flight. The stability problem is another issue.

And now, with the plane’s price going down, the critics are first to say that the plane was a disaster and failure from the beginning.

There is no end in sight, and the total cost of the airplane is estimated to be as much as $1.5 trillion. For comparison, that is the price of the entire Iraq War.

46:32
Economics
Overdose: The Next Financial Crisis 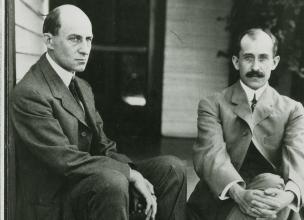 Aviation
The Wright Brothers – Great Inventors and Lousy Businessmen
The Wright brothers were always interested and fascinated by flight. They attribute their interest in aviation to a smal...
China’s Army, Frightening Facts about the Largest Active Army in the World
China has more than 2 million active members of the army, which is much more than what the United States have, for examp...
Will Facebook Libra Crush or Boost Crypto? The Nitty-Gritty of Libra
Facebook announced it will launch its own cryptocurrency, Libra, in the first half of 2020. How will it affect the marke...
Egypt – Israel Treaty, Model for Successful Peace Treaty
For more than 40 years, Egypt and Israel peace treaty serves as a stabilizing force in the Arab region