According to many analysts, the new T-14 Armata is the most advanced tank Russia has ever produced. It is a match for the best Western tanks, and it costs much more than them...

According to many analysts, the new T-14 Armata is the most advanced tank Russia has ever produced. It is a match for the best Western tanks, and it costs much more than them. The cost per one tank is around 400 million rubles, which is approximately $6.7 million.

Before the new T-14 Armata, the Leopard I, a German tank, was widely regarded as the premier battle tank in the world. Now, the Armata might be the better one. As a result, Germany has begun to upgrade the Leopard 2, and work on another new design.

Development of the Armata began in 2011, and it is understandable that the tank is one of the most advanced. The new generation tank has a clean sheet design with many advanced features. The focus is put on heavier armor, crew survivability and much more.

A crew of 3 people operates the main battle tank. The crew includes a commander, a driver, and a gunner. It is in line with Russian concept and strategy, as most tanks are operated by a smaller crew in order to reduce dimensions and weight, all while improving protection. Western tanks, for example, feature a crew of 4. 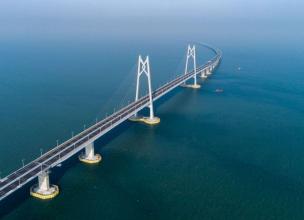 Technology
The Hong Kong Zhuhai Macau Bridge – One of the World’s Most Expensive Projects
Designed to last 120 years, the price of the project reached almost $19 billion to build. The initial cost of constructi...
Aaron Swartz – The Internet’s Own Boy’s Legacy
Many people now know him as “The Internet’s Own Boy”. The documentary about Aaron follows his story from his begi...
Cossacks – The Russian Samurai Soldiers
The Cossacks served as part of the Soviet Army. But after World War II, the units were disbanded. And then during the Pe...
A few words about Artificial Intelligence: What is it?
Artificial intelligence is a way to enable computers to learn with the help of a teacher as well from their own experien...