Who Was Jeannette Rankin? First Woman in the US Federal Office 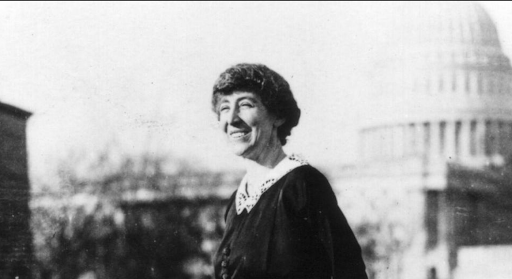 Jeannette Pickering Ranking was an American politician and women’s rights advocate. She was the first woman to hold federal office in the United States. But she is so much more. Elected to the House of Representatives as a Republican in 1916 and then in 1940.

It might be a coincidence, but two of her terms coincided with a World War. She is a lifelong pacifist, and she was one of the few members opposing declaration of war.

Jeannette championed a multitude of diverse women’s rights and civil rights through a career spanning more than six decades. She successfully fought for woman’s right to vote in Washington State and Montana. Here are some of her achievements and successes.

She didn’t find her calling easily

Ranking got a degree in biology. She was not into politics from the get-go. In her early career, she got a job as a schoolteacher. But Jeannette quickly grew bored and restless.

In 1908, she was a 27-year old traveler. She traveled by train and spent four months in a settlement house providing social services to immigrants in San Francisco. Then, she enrolled at the New York School of Philanthropy.

She entered politics in 1991. That after she found the conditions deplorable at her first social worker job.

Rankin decided to run for Congress in 1916. At the time, Montana, her home state, had two at-large congressional districts. One of the Democratic congressmen was retiring. So, she launched a statewide campaign for his seat. During her campaign, she traveled 6000 miles by train and over 1500 miles by a car.

She beat the “seven mediocre men” from the Republican Party. They had too much dignity to stand on the street corner and talk.

Rankin put on a progressive platform, advocating for women’s suffrage, an eight-hour work day for women, policies to protect children, and more. She ran a non-partisan grassroots campaign that mobilized women in the state.

She was gerrymandered out of office

Her election brought widespread fame. She even got marriage proposals via mail and a $5,000 offer from a toothpaste company for a photo of her teeth. But she also faced backlash, particularly after voting against US entry into World War I. One newspaper called her a “dagger in the hands of German propagandists, a dupe of the Kaiser, a member of the Hun army in the United States, and a crying schoolgirl”.

Because of her support of striking copper miners, she faced more enemies with power. Because of the many enemies, she knew she had no chance little to no chances of re-election to the House. So, she decided to run for the Senate instead. But she lost with just 23% of the vote.

In the beginning, media hated her

Before she won her first Congress seat, media had little to no interest in her. They didn’t even take her candidacy seriously. Initially, they reported that she lost. Remember, at the time, ballots were counted by hand, and that took a lot of time. Three days after the first publication, they changed the tune, publishing “Miss Ranking was headed to Congress”.

Journalists across the country wanted to interview and photograph her. She was the nation’s first congresswoman. Photographers camped outside her house. In a way, she was a celebrity before celebrities became a thing.

Vote against entering World War I

Rankin had to make a serious decision in the first week of her Congress term. In fact, on the day of her swearing, she had to vote against one of the most important decisions.

The evening of her swearing, President Wilson appeared before Congress and asked them to pass a declaration of war against Germany. The president who was elected on the slogan “He Kept Us Out of War” now wanted a military action.

Rankin was a pacifist by heart. She didn’t know what to do. Her brother urged her to issue a man’s vote in favor of war. In his words, anything else would be a career suicide.

On April 6th, after hours and hours of passionate speeches, she gave her vote. When they called her, she stand and said “I want to stand by my country, but I cannot vote for war”. She was one of 50 Congressmen to vote against. Yet, the declaration passed the House anyway.

Rankin left office in 1919, and spent most of the 1920s and 1930s working as a lobbyist for various social welfare and anti-war organizations. She even founded one in Georgia. As expected, her vote against World War I was a career suicide.

However, she entered Congress again in 1940, thanks to the support of New York Mayor Fiorello La Guardia and other progressives around the nation.

Once again, she opposed US entry into World War. The day after Pearl Harbor, she voted against a declaration of war with Japan. She was the lone vote against. The declaration passed the House with 388-1 and the Senate with 82-0. The boost were intense, she had to receive a police escort back to her office.

Because of everything, she declined to run for re-election the following year.

Actively protesting against the Vietnam War

In 1968, Rankin was 87 years old. But she was still strong and vital. She still wanted to fight against war. She led 5,000 women dressed in black, calling themselves the Jeannette Rankin Brigade on a March to the US Capitol. There, they presented an anti-Vietnam War petition to the House Speaker John McCormack. She also wrote letters and gave speeches against the conflict.

To this date, more than 300 women have served in the US Congress. But she is the only one to have represented Montana. The state has yet to elect a second female member of Congress.

Ranking fought to make women’s citizenship independent of their husband

In 1917, Jeannette introduced a bill to ament the Expatriation Acct to protect married women’s citizenship. Sadly, the bill was tabled by the committee.

It took several years for that dream to become a reality. In 1922, after the war ended and the 19th Amendment gave women the right to vote, it was time to protect the citizenship. Representative John L. Cable from Ohio sponsored the Married Women’s Independent Nationality Act. This act allowed any American woman who married a foreigner to retain her citizenship, providing her new husband was eligible for American citizenship himself. At the time, American women marrying Asian men lost their citizenship, since Asians were not legally eligible for naturalization. Chinese immigrants gained access to naturalized citizenship in 1943.

The documentary explores the development of the growing fetus starting from conception and all the way to delivery. This is a great way to enter the hidden world of the fe... 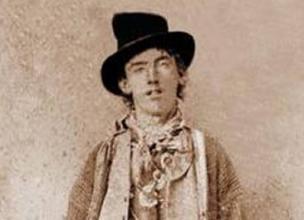 People
Billy The Kid – Legendary Outlaw subject of More than 50 Movies
Orphaned at the age of 15, Billy got arrested for the first time for stealing food. Ten days later, he robbed a Chinese ...
Understanding the Streisand Effect – When Censorship Backfires
The Streisand Effect is a social phenomenon that occurs when you try to hide or remove something, but instead you end up...
How to Detoxify the Pineal Gland
The pineal gland is believed to play a vital role in consciousness. Detoxifying it can be helpful in attaining higher le...
The Rockefeller Family Wealth – From Poverty to Billionaires
They are now in the seventh generation with as many as 170 heirs. And the family has managed to sustain their wealth. In...