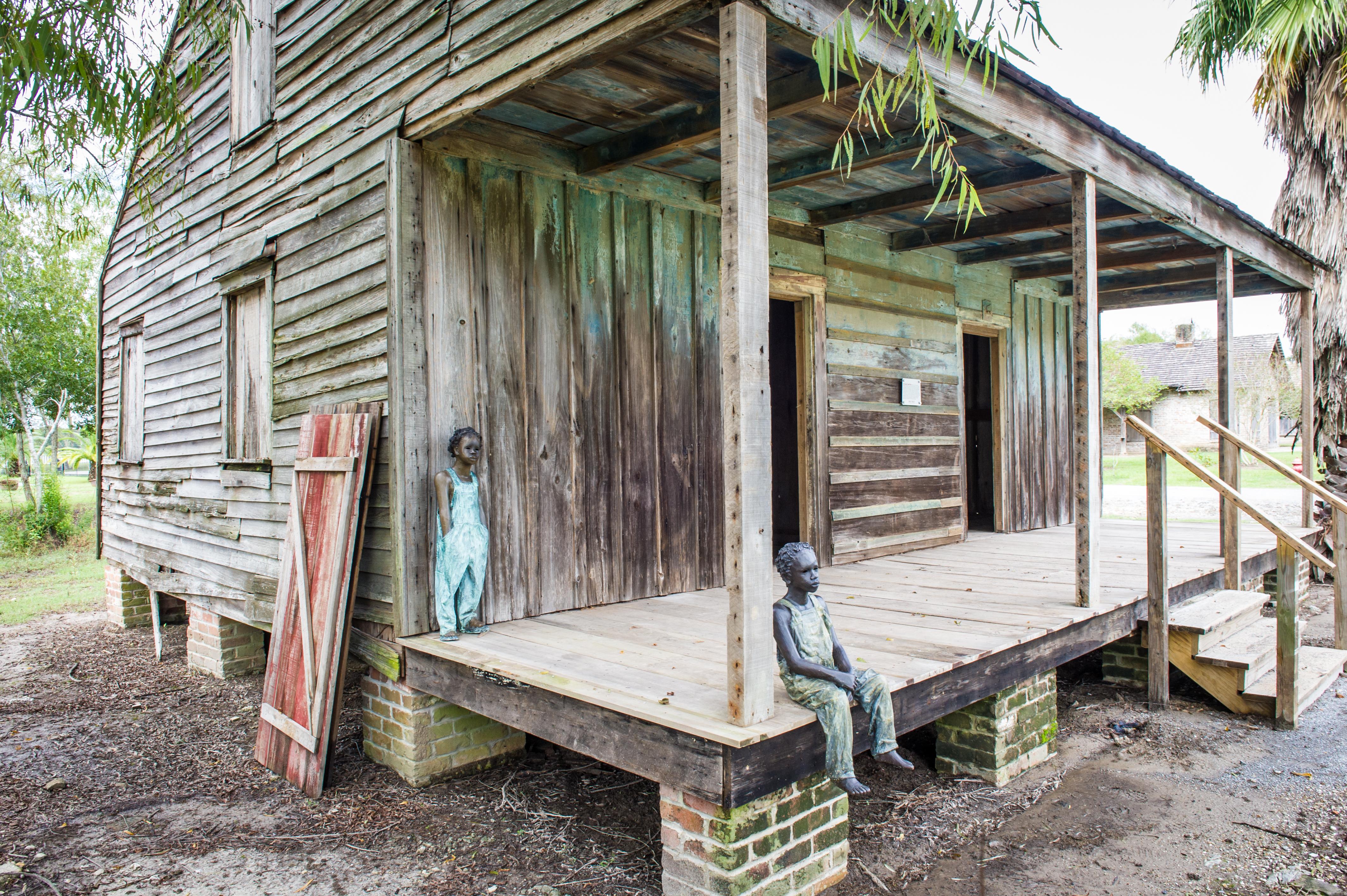 The grounds of the museum contain exhibits, as well as art works and original, life-size sculptures of children that are there to symbolize all the children who lost their life in the era of slavery

The grounds of the museum contain exhibits, as well as art works and original, life-size sculptures of children that are there to symbolize all the children who lost their life in the era of slavery.

The focal architectural structure of the museum is the French-style main house that was built in 1803. Houses were added to the land in later years, and in 2001, a trial attorney decided to remake the plantation and turn it into a museum. The historic district, on which the museum lies, was listed on the US National Register of Historic Places in 1992. Let’s take a look at the history and story of how the museum was built.

You’ll find it interesting that the man responsible for the build of the museum is actually a white colored attorney. John Cummings spent 15 years, $8 million and his personal time and effort to get the museum done. Few people can explain the reasons why he jumped on the project, and has devoted huge part of his personal fortune to it.

On the day of the opening, Cummings said that many “are probably wondering what the rich white boy has been up to out here.” John was 77 years old at the time, but was still feeling and acting like a teenager. He was born in New Orleans, and he grew up there working as a trial attorney for real-estate cases. He has made his fortune by winning settlements in the field, an estimate of $5 billion by some. He is one of the few rich and elite white boys in a city with majority black population.

The reason why Cummings joined the project is simple. In his own words, he has been asked about white guilt and trying to profit off of slavery. For the record, he has no intention of getting back his money. But he asks, “Don’t you think the story of slavery is important? Well, I checked into it, and I heard you weren’t telling it,” he finally resumed, “so I figured I might as well get started.”

John admits that his ignorance of the subject, and he believes that the museum will help and encourage visitors to confront their own ignorance on the subject of slavery.

John has been an activist for a big part of his life, joining the civil rights movement in 1968 and working alongside African-American activists, fighting for the government to open the swimming pool in New Orleans to blacks.

Once you get into the museum, you cannot ignore “The Wall of Honor” It is the first huge remark in the slavery museum, which includes granite stones engraved with the names of slaves who have lived, worked and died in Louisiana. The stones evoke the same feeling you have when you enter a Holocaust memorial.

Once you get inside, and walk in the space, you cannot deny the fact and what happened to the people in the South. We are talking slaves here. You can feel it, smell it, and touch the experience.

The restored property is a mix of replicas, as well as original structures that were built in the 1700s. Some of the buildings include replica slave cabins, an original overseer’s home, a blacksmith’s shop. But the biggest horror you’ll experience is reading the testimonials of former slaves. For example, Dora Franks writes of her uncle Alf, “They gave him 100 lashes with the cat of ninety-nine tails”. The crime he committed? A romantic rendezvous off the property one night. “Dev buried him alive”, reads another story at the wall.

According to some estimates, more than 2,000 children were killed between 1820 and 1860, a testimony of cruelty and infant mortality that was common in the days to the point it became grotesque. During the harvest season, the plantation was home for more than 100 slaves, who had to work around the clock, no matter if it is hot outside. In their pursuit of keeping the sugar kettles going, slaves experienced third degree burns because of sun exposure.

What makes Louisiana perfect state for the Whitney museum is the history of the state. Louisiana had the largest slave uprising in the history of the United State, the 1811 German Coast Uprising. Today, the state is home for the museum that stands tall to tell the story, one that America is trying hard to put behind. In the first year of existence, 2015, the museum was visited by more than 2 million tourists. Here is a hoping many more will come.

Teddy Roosevelt might be one of the most important American presidents, at least when the topic is slavery. While he did not make much in terms of laws prohibiting slavery and promoting African Americans, he did bring the topic and the subject to the mainstream public. Teddy was walking a thin line during his career. For example, his “new Deal”, instituted after the Great Depression, included economic programs for the unemployment, benefited the black population of America greatly. However, he shied away from promoting civil rights, or instituting an anti-lynching law. He always feared that he might alienate the white population of the South. Nevertheless, he became well liked among the African-American population.

The measurement that helped slavery the most is the “Federal Writer’s Project”. The project included more than 6,000 writers and editors who were spread across the country. Their job was funded, and they had to provide work and support during the Great Depression. However, one aspect of the work included preserving the oral history of slavery, mainly the last generation of slaves. The unit, formed in 1939, used a somber tone to tell the story. A project within the project was the Slave Narrative Collection, which is a set of interviews, culminating in 2,300 accounts of slavery, as well as 500 photographs of slaves in black and white.