Through the course of history, there have been civilizations that have mysteriously disappeared from the face of the Earth, and scientists are still trying to figure out how, when and why they disappeared

It is only natural for some civilizations to disappear, for new ones can take their place. It is same with everything in life. A larva evolves into a butterfly, a baby evolves into a man or a woman, and new stars take the place of old ones. However, through the course of history, there have been civilizations that have mysteriously disappeared from the face of the Earth, and scientists are still trying to figure out how, when and why they disappeared.

The Olmec society is among the first in history to populate the area between Mexico and North America. The remains of their cities can be seen in San Lorcenco, dating back to 1400 BC. The San Lorenco city was one of the most important for the Olmec civilization. The Olmec relied mostly on trade for their survival. Nowadays, they are considered one of the most technologically advanced civilizations of the era, and the founder of the Mexican culture.

The theory about their disappearance goes that somewhere around 400 BC, the east part of the land the Olmec populated was extinct due to the ecological changes. Vulcan and lava activity was high in the area during the period.

Descendants from the semitic culture, Nabateans populated the area in Jordan and Arabia around the sixth century before Christ. They are widely known as the builders of the city Petra, the city that was the capitol of their Kingdom. The Nabatean Kingdom was formed as a result of great location. Their cities were located in the middle of a complex trading net, and they used their location to trade silk, ivory, spices, jewelry, gemstones and sugar. Through their trade, the Nabateans influenced the Hellenic Greeks, the Romans, the Assyrians, and the Arabs. What is special about the Nabateans is that unlike in other societies of the time, there was no slavery in the Nabatean Kingdom.

They disappeared in the fourth century before Christ, when they left Petra for unknown reasons. According to archaeological theories, their leaving of Petra was organized, which leads to the conclusion that they were not banished from the city by another civilization. One theory suggests that their trade routes were moved to the North, so the Nabateans could no longer survive.

Nowadays, archaeologists study the Nabateans and their agricultural impact. The land that the Kingdom occupied was dry, and it was a wonder how they were able to grow fruits in a desert. One theory suggests that the Nabateans contoured an area of land into a shallow funnel, and then planted a single fruit tree in the middle so the water could collect in the funnel in rainy days.

Aksumite Empire was the home of the Queen of Sheba according to some beliefs. The Empire that evolved in the first century of the new era, had Aksum as the capitol. The Empire excelled in trading, especially ivory and gold.

The Aksumite Empire used the trade routes through the Red Sea to get to the Roman Empire and India. Thanks to the rich trade partners, the Empire was a wealthy one, and among the first to have coins. The civilization started as part of the Jewish culture, but in 324, their King was turned to Christianity. Some people believe that the 10 Commandments are placed somewhere in the area of the Aksumite Empire.

According to a local legend, the Jewish Queen Gudit (Yodit), defeated the Aksumite Empire and burned their churches and books.

The Empire is important in history for several achievements, including their own alphabet that was modified to include vowels. The population was also among the first in history to build giant Obelisks for their emperors. The most famous one is the Obelisk of Aksum.

The first Greeks to speak the Greek language, Mycanaeans were successors of the Minoan civilization, located on the island of Crete. The Mycanaeans united somewhere in 1600 BC at the south of Greece. They relied on attacking other cities to survive. In their time, the Mycanaeans attacked Athens, Knossos, and Thebes among others.

Some of the greatest myths in Greek mythology and history come from Mycanaeans, including the legend of the king Agamemnon. According to the legend, Agamemnon took all Greek cities in a war against Trojans after his wife Helen was “kidnapped”. Mycanaeans were famous for their craft, especially in producing weapons and jewelry.

There is no clear theory why they disappeared, but one of the most plausible one is that the war and clash between the rich and the poor became too bitter, and led to the disappearance of the civilization. Other theories suggest earthquakes as the reason, and disappearance of their trade routes.

The name suggests “three fields” in Slavic language, and is the perfect way to describe the civilization that lived in Russia, Romania and Ukraine. The city of Trypillia is now a village near Kiev, but during the Stone age, between 5500 and 2750 BC, they were at the top of their power. Some reports suggest that the civilization built the largest Neolithic village in Europe that could house 15,000 people.

What makes them interesting for archaeologists nowadays is that they had a ritual of burning their cities after 60 or 80 years, and then rebuild them. The Trypillia culture was also one of the first where the dominant character was a female. In a matriarch society, women worked in agriculture, made tools and equipment, and sew clothes. The male population was responsible for hunting and taking care of domestic animals.

The most plausible theory about their disappearance is the Kurgan hypothesis, stating that Turkish tribes conquered them. However, another theory suggests that climate changes led to one of the biggest droughts in Europe and the disappearance of Trypillia.

The first theory regarding their disappearance states that the main reason was disappearance of flora and fauna, which led to fewer mammoths in the area for hunting and feeding. 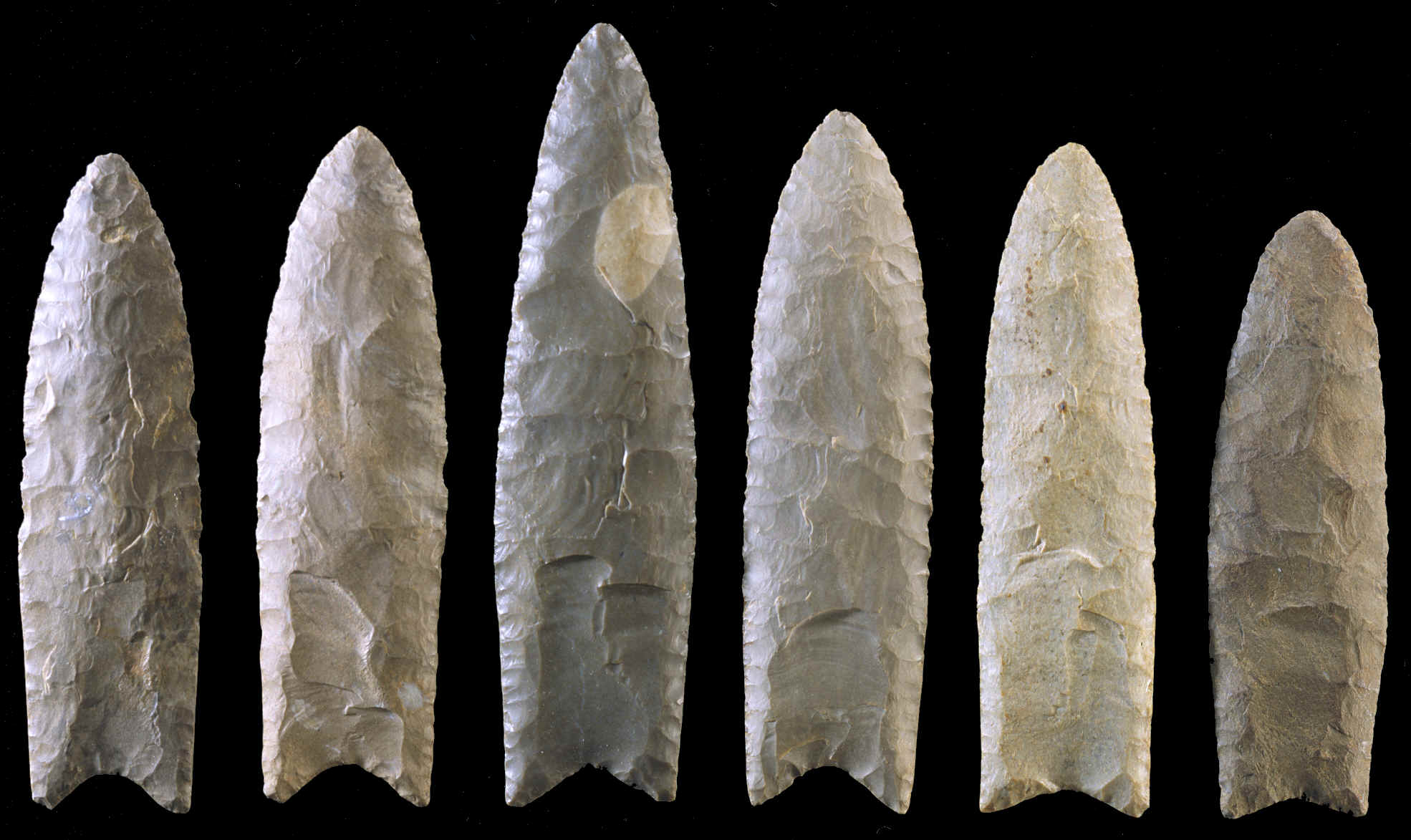 The first mentions of the Clovis culture appeared in 1920s and 1930s, when their stone tools were found in sites near New Mexico. Their stone tools are characterized by the distinctive Clovis points.

The collapse of the civilization happened due to the disappearing of rivers in their region. But their legacy lived on because in the aftermath of the collapse, other cultures emerged in the region, and their influence to Indus Civilization still remains.