Steve Schapiro will turn 82 years old this November. For more than 50 years, he has been Hollywood’s most famous photographer. His name is now a reference to photo journalism. And that is one great feat for a child born in New York, America. He might have been born in one of America’s biggest cities, but his effort and the talent are unquestionable and decisive. Known for portraits of celebrities, Schapiro also photographed historic events and did movie stills for Taxi Driver and The Godfather.

Even since he was a little child, Schapiro had a passion for photography. His passion grew only stronger, and at age of 9, it was time to take that passion to a new level. Steve started exploring the world of photojournalism, learning from the great Henri Cartier-Bresson, who is considered by many “the father of photojournalism”.

Inspired by the French photographer, Schapiro took the streets of New York, trying to capture his “decisive moment”. Eager to learn more, Steve started taking classes and lessons with William Eugene Smith, an influential photographer during WWII. He had the eye and talent, but Steve needed someone to teach the necessary technical skills. Eugene Smith also helped the young photographer with developing his own views of the world.

Schapiro first started working as a freelancer in 1961, at the age of 27. And he couldn’t find a better moment for photography. The political, cultural, and social change in the United States proved to be “money down the drain" source for inspiration. Schapiro was able to accompany Robert Kennedy during his campaign, capture key moments during the Civil Rights Movement and more.

In the 1970s, with the rise of popularity in the movie industry, Schapiro focused more on cinematography and film set photos. Steve worked on some iconic movies, including Midnight Cowboy with Dustin Hoffman, Taxi Driver with Robert De Niro, The Godfather with Marlon Brando and Al Pacino, Chinatown with Roman Polanski and much more.

Schapiro’s photos are published by LIFE, Newsweek, TIME, Rolling Stone and much more. Even with more than 50 years of experience in the field, Steve believes he hasn’t taken “his most important picture” yet. He doesn’t have an idea what that picture will be. But he knows that he would love to photograph President Barack Obama. Iconic Photos from the Schapiro Library

As mentioned, over the years, Steve Schapiro is responsible for some of the most iconic photographs of celebrities and events. Let’s take a look at some.

- Barbra Streisand in Los Angeles, 1972. Schapiro took a picture of young Babra in 1972, and said the actress had an amazing sense of “what is right for her career”

- When it comes to iconic history moments, the Selma March is right there on top. Steve was there to photograph the event in 1965, capturing Martin Luther King Jr in one of his most memorable moments

- Buster Keaton, New York, 1964. Right at the beginning of his career, Steve took a picture of one of the biggest movie stars in the silent film industry. Keaton worked with Samuel Beckett on “Film”, and Schapiro took an iconic moment between two legends of different worlds

- David Bowie, New Mexico, 1975. After the death of Bowie, Schapiro released a book with some unseen photos from Bowie. He followed the singer for his entire career, but their first photo session is what sticks in the mind of the photographer. In his words “When I was first photographing David Bowie, he kept changing the most fantastic outfits so quickly that many of them never got photogrpahed. He would come out of the dressing room and before I could lift up a camera he went running back to make an adjustment. He would return twenty minutes later as a totally different person”. That is probably one of the best description for Bowie 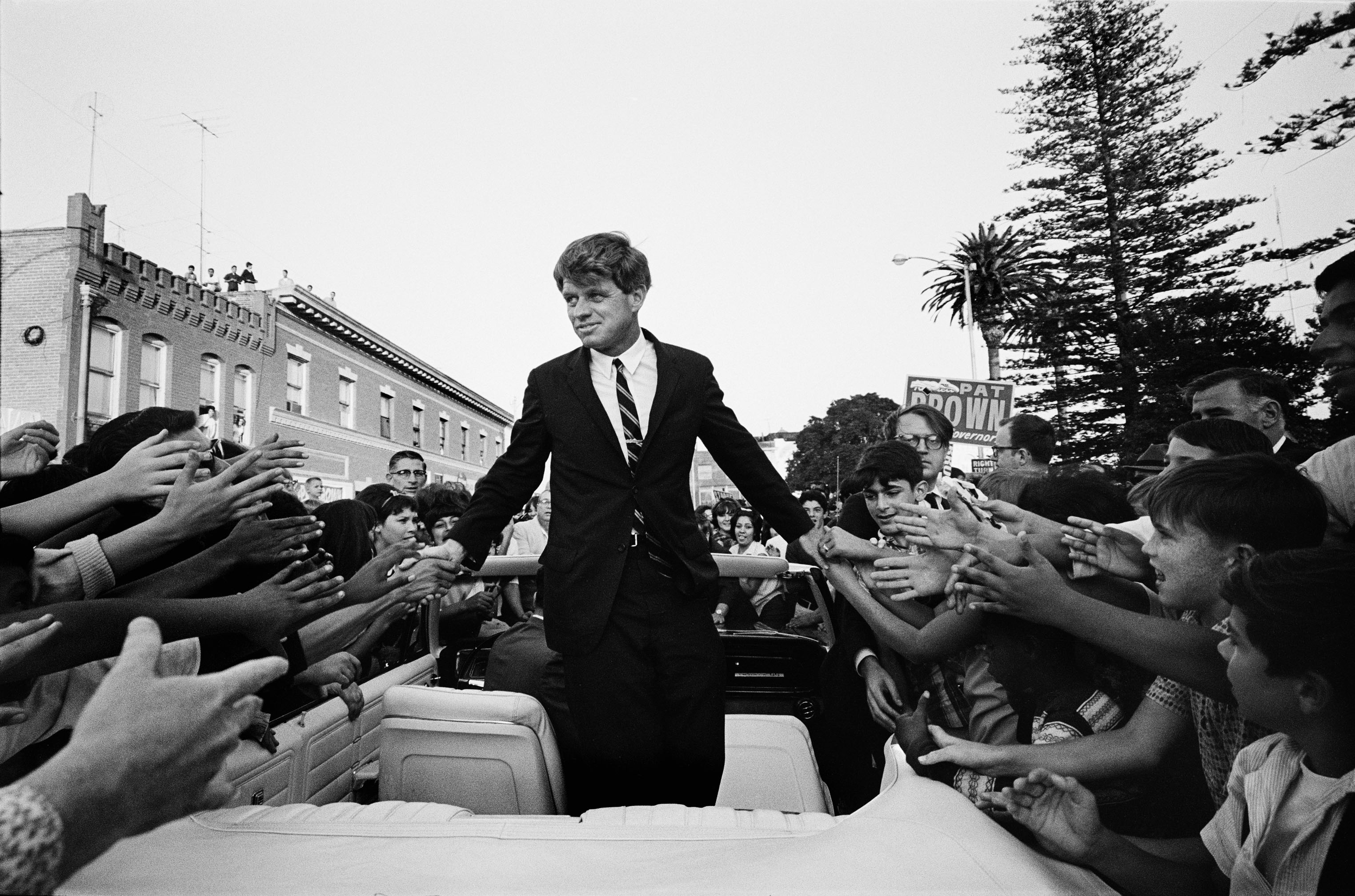 - Robert F. Kennedy campaign, California, 1966. As mentioned, Schapiro took photos of the entire Presidential campaign, but one picture in California stands above the others - Ray Charles, 1965. Because Schapiro was such a great photographer, and very liked among celebrities, he had access to places not many people have seen. For example, he had an exclusive access to photograph the negotiations between Ray Charles and ABC in New York

- Muhammad Ali, Cassius Clay, Shadow Boxing, Louisville Kentucky, 1963. After Ali won the Golden Gloves Championship, Steve took some photos of the athlete in his parent’s house. During the entire day, Ali was shadowboxing in the living room, or he was playing monopoly with the kids

- Yves Montand, New York 1961. Back when Schapiro was beginning his career, Montand was at the height of his own. Steve managed to capture the singer/actor in between performances at Fifth Avenue - Robert De Niro, New York, 1975. De Niro personally asked for Schapiro to take photographs during the set of Taxi Driver. Schapiro even followed the actor when he was preparing for the role. For those that don’t know, De Niro prepares for roles by playing them internally and externally. For the role in Taxi Driver, he drove a cab in New York for one month. Schapiro was there to capture the moment

- Martin Scorsese, Gun and Grapes, New York, 1975. In his early movies, Scorsese was known for his New York toughness. Martin holding gun in one hand, and grapes in the other was perfect example of that toughness - Occupy Protest, New York, 2011. At the age of 77 years, Schapiro still had the edge and the eye for details. His photos during the Occupy protest show that the photographer hasn’t aged a moment, and he was perfectionist from his early days, and way into his old age.

Political
Buzludzha Monument – Abandoned UFO Cold War Monument
The cost of the building process was 14,186,000 leva, which equals to $35 million in today’s rates. The monument was ...
5 Things you Didn't Know About Thor
This is one of the 5 things you didn’t know about Thor, one of the most popular characters in the history and beliefs ...
Civil Rights History: Six women you need to know of
Martin Luther King Jr. might be the first synonym for civil rights, but there were some extraordinary women in the movem...
Huaxi – Secrets of the Richest Village in China
From the outside, Huaxi is dubbed as a socialist village. But on the inside, it is actually a capitalist corporation, m...