Many of the tanks still in use today are actually part of the A5 series which started production in 1987. The A6 mark was a short-lived attempt to get a more powerful 120mm main gun. But when you think of the Leopard 1 still in use today, that is mostly the A5 mark

After WWII, Germany was divided into East and West Germany. The West part of Germany disbanded its army after the war. The divided country was the frontline of the Cold War, and new military force was formed, called the Bundeswehr. The US Army provided Germans with tanks and other equipment. However, it was obvious Germany needs a new main battle tank that can replace the American Patton tank.

How the Leopard 1 was born?

West Germany was accepted into NATO in 1955. The country had to develop new tank, and they worked closely with the French for a common battle tank that will justify tanks and make logistical sense to both nations and NATO. The two countries joined forces in 1956. Before the Leopard 1, the two countries used the Patton tank that was limited by the 90mm main gun armament. The new project was called “Standard-Panzer”. Germany provided a “wish list” of requirements in 1957, including the excellent British L7 105mm main gun, as well as standard NBS protection, excellent cross-country performance from a diesel engine, and resistance to 20mm ant-tank projectiles.

Three German companies were involved in the initial proposal and a single French company. In 1958, Italy joined the project

The first tank was produced in 1965 and entered service. Allied countries like Belgium, Norway, Denmark, Canada, Greece, Australia, and the Netherlands ordered units of the tank. The tank featured a German version of the revolutionary British L7 rifled gun. The main focus was on mobility and agility. The tank had a relatively light armor, but could reach 65 km/h.

Leopard 1 was used in the Bosnian War, the Turkey-Kurdish conflict, and the War in Afghanistan. Apart from these conflicts, the Leopard 1 has not seen much action.

What makes the Leopard 1 special?

The battle tank followed conventional wisdom in terms of design, but featured much more. The vehicle was divided internally into three key sections. Those were the front hull, the turret bustle, and the rear-set engine compartment.

The tank also featured two long-running tracks to either hull side, and had upper side facings covered by thin armor plates. The tracks were dominated by six large road wheels with a drive sprocket to the front and track idler at the rear.

The glacis plate was nothing like other tanks, as it allowed 360-degree traversing turret. For better ballistic protection, the hull superstructure and turret sported well-sloped sides.

Driver sat on the front right of the hull, the tank commander, gunner, and loader sat in the turret. Two hatches on the turret roof allowed the commander and loader to leave quickly. The thickest facing armor protection was 70mm.

The tank could go 13 feet deep into water. Later versions of the Leopard 1 featured applique armor for better survivability.

Evolution of the Leopard

After the original Leopard 1, Germany decided that the tank should evolve all the time. The Leopard 1 A1 mark was produced in three complete batches, and featured an all-new gun stabilization. This allowed the tank to fire on the move. The tank also got additional armor in the form of side skirts.

The next tank was the Leopard 1 A2, with improvements to the turret armor. One of the main features was the inclusion of PZB 200 series image intensifier to the main gun. The new improvement allowed the tank to fire and fight at night. The A2s got even further in improvement, with a all-digital radio created. This series ran until 1974 with 232 units produced.

For the A3 version, Germany expanded interior space to fit more crew members. The tank got a new gun mantlet at the base of the 105mm main gun, and the commander’s station got a new sighting device. The A3s included night vision equipment.

With the production of A1A4, the tank got a digital fire system and EMES 12A1 sighting device within a welded turret. The commander’s station got night vision device.

Many of the tanks still in use today are actually part of the A5 series which started production in 1987. The A6 mark was a short-lived attempt to get a more powerful 120mm main gun. But when you think of the Leopard 1 still in use today, that is mostly the A5 mark. 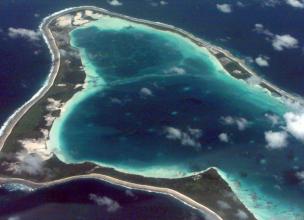 Military/War
Diego Garcia – Things You Didn’t Know about American Island Military Base
The main island is a military facility. It is off limits to anyone not on official duty. Some of the uninhabited outer i...
The Six Day War – Six Days Changed the Middle East
The Six Day War lasted from June 5, 1967, up until June 10, 1967. But things started cooking earlier than that. At the e...
The Battle of Berlin, What You Didn’t Know about the Fall of Nazi Germany
What if Germany won the battle? Well, even a German victory would not have changed anything at the time. At that point, ...
China’s Army, Frightening Facts about the Largest Active Army in the World
China has more than 2 million active members of the army, which is much more than what the United States have, for examp...