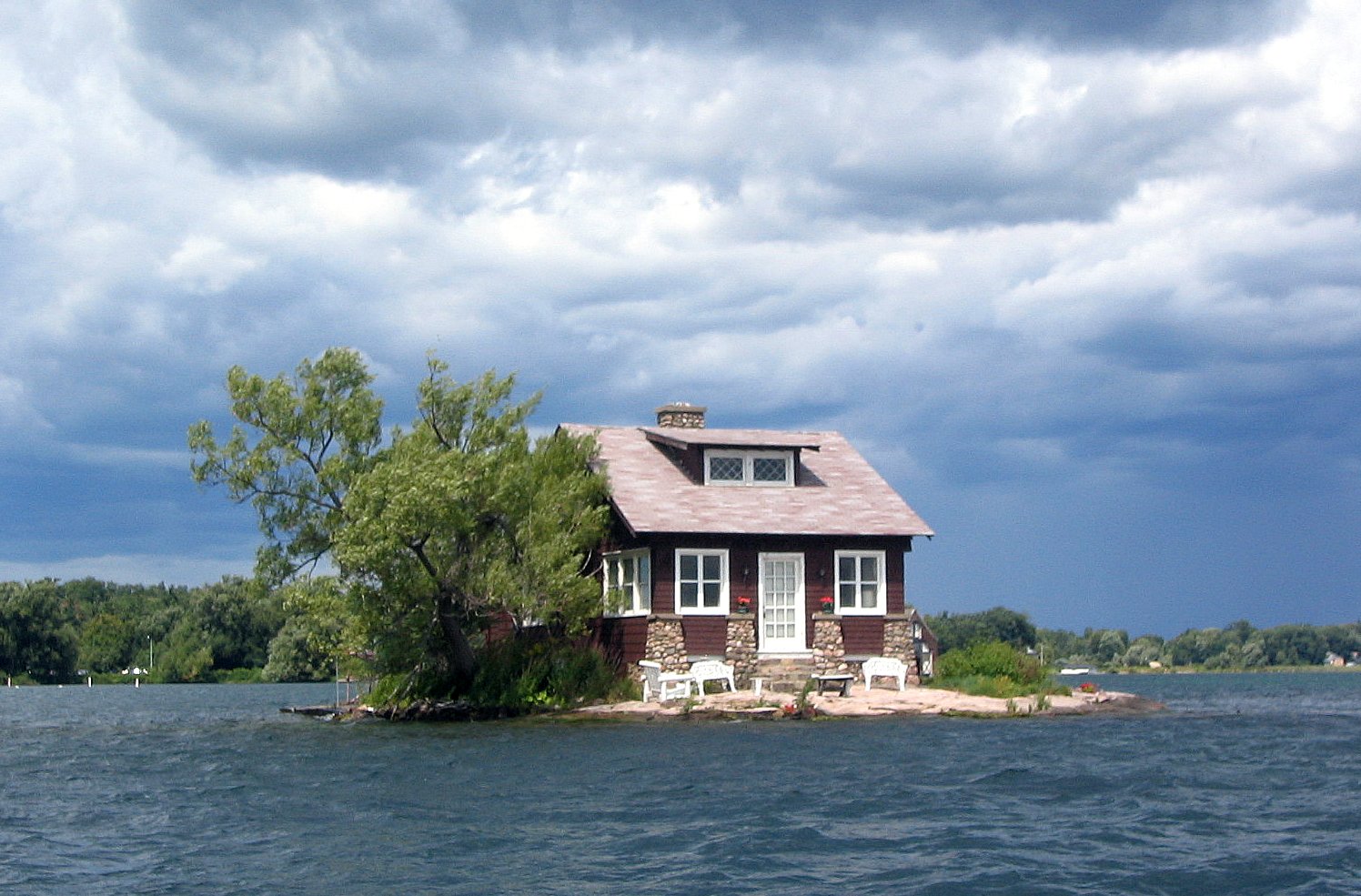 The island lies on the Saint Lawrence River between Heart Island and Imperial Isle, close to the US Border with Canada. The island belongs to Alexandria Bay, which is a village part of the town of Alexandria, Jefferson Country, New York

Imagine living on a tennis court in the middle of a river. That is how life looks on the world’s smallest inhabited island. If you enter the coordinates 44°20′33.5″N 75°55′29.5″W, you will be just at the location of the island.

The island lies on the Saint Lawrence River between Heart Island and Imperial Isle, close to the US Border with Canada. The island belongs to Alexandria Bay, which is a village part of the town of Alexandria, Jefferson Country, New York.

The Island is not formerly into the Guinness Book of World Records. That title belongs to Bishop Rock, an incredibly lonely lighthouse off the English Isles of Scilly. However, the lighthouse was automated in 1982, and the Bishop Rock is no longer inhabited. 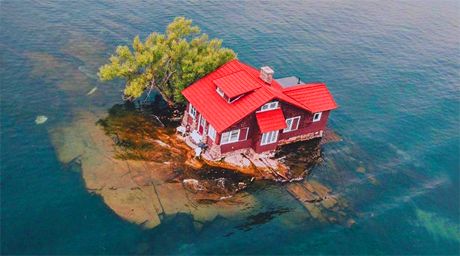 Room for just a house and a tree

The island is part of the Thousand Islands. There are actually 1,864 by official count, islands that dot the St. Lawrence River as it flows northeast out of Lake Ontario. The islands are just five hundred feet away from Boldt Castle, the iconic storybook mansion that George Boldt began building in 1900.

Just Enough Room is owned by a family called Sizeland. They bought the island which was then called Hub Island, and renamed it. The island is as small as a tennis court. According to rues, little dots between New York and Ontario count as part of the Thousand Islands if they are above level of the river year round and can sustain two trees or shrubs.

The Sizeland family bought it in the 1950s, and built a little cottage that took up almost every leftover square inch of dry land. Then, they planted a tree, and renamed the property to Just Enough Room Island.

When they bought the island, they planned to use it as a weekend getaway in isolation. They wanted to be alone and in peace and quiet. However, their plan backfired, as the island became a popular attraction for tourists cruising the river. Fun fact: it is quite challenging to visit the island. There is little to no room for error. Just one misstep, and you are swimming.

Size of the island

We said that the island is big as much as a tennis court. The actual size is 3,300 square feet, or one-thirteenth of an acre. That is just half the size of the Bishop Rock we mentioned previously.

Kenya is a country in East Africa with coastline on the Indian Ocean. A little known fact about Kenya is that the country is great for fishing. Over the past few decades, Ken... 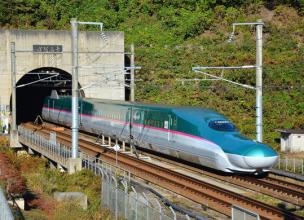 Technology
Going through the Longest Tunnel in the World
With a length of 53.8km, Seikan connects the islands Honshu and Hokkaido
Santa Cruz del Islote – Most Densely Populated Island in the World
According to legends, the island was uninhabited some 150 years ago. The size was less than a hectare of land. It floate...
Ushguli – The Highest Inhabited Place in Europe
Ushguli is a community of four villages located at the head of the Enguri gorge in Svaneti. It is recognized by UNESCO W...
Lombard Street in San Francisco – A Crooked Delight
Lombard is one of the most famous streets in the world. Every year, more than 2 million people come to visit, and take p...