Inside the Private Train of Kim Jong-un, Top Security Train 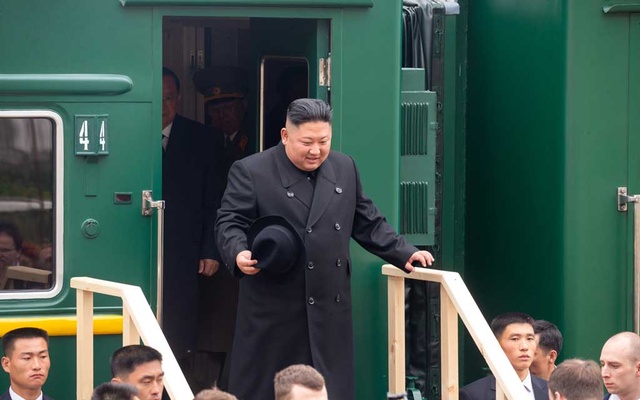 Much of what is known about the train comes from intelligence reports. The truth is that North Korea leaders have no allowed people to see what is inside. But according to intelligence reports, recollections of officials permitted to travel on board in previous eras, we know the train is more powerful than a speeding bullet, but much slower

Since the creation of North Korea, all of its leaders, including Kim Il-sung, Kim Jong-il, and Kim Jong-un, have used a high-security private train as a preferred method of travel.

Trains have historically been used by many global leaders and royalty, but the leaders of North Korea has taken them to a new level. The security of the private train used by Kim Jong-un is second to none.

Why are trains preferred? Well, because of their high-speed, they can travel to various lengths quickly, and in the same time, they are secure, and able to accommodate larger staff inside.

During the Korean War, Kim Il-sung even used a train as his headquarters. Many of the secure palaces the leader built are directly accessed by or close to railway station.

What do we know about the train?

Much of what is known about the train comes from intelligence reports. The truth is that North Korea leaders have no allowed people to see what is inside. But according to intelligence reports, recollections of officials permitted to travel on board in previous eras, we know the train is more powerful than a speeding bullet, but much slower. 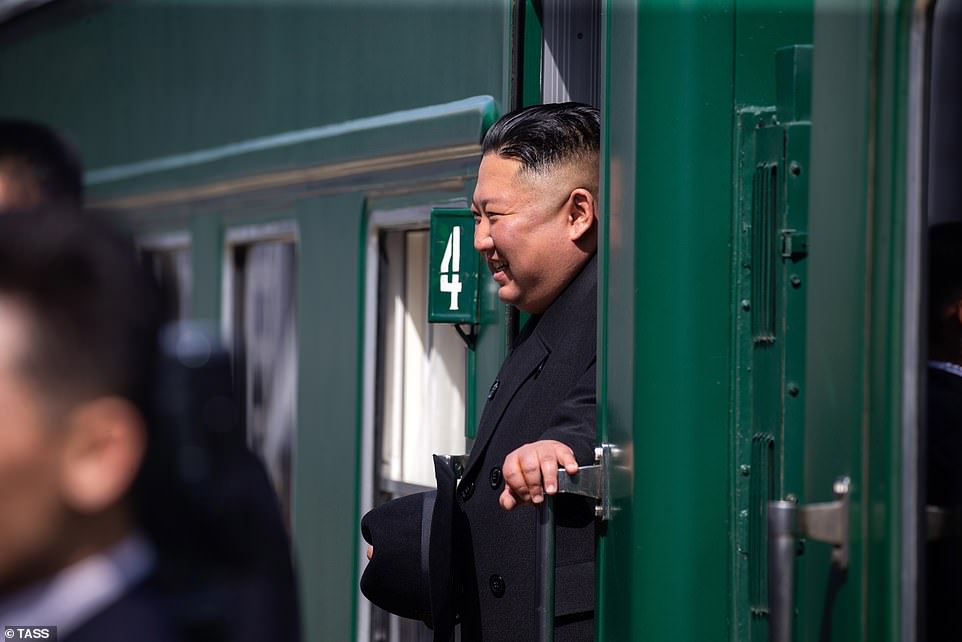 According to a report in 209, there are 90 high-security carriages at the leader’s disposal at any time. Three trains operate each time the leader travels, and those are an advanced security train, the leader’s train, and a third one carrying additional bodyguards and supplies.

Every carriage on the train is bulletproof, making it thousands of pounds heavier than the average carriage. Because of the additional weight, the carriages are slower. Kim Jong-un’s train can reach a maximum speed of 37 miles per hour.

Many reports say that more than 100 security officers travel in the advance train, searching stations for bombs and other treats as they test the safety of the track. In the same time, military helicopters and airplanes might fly overhead to provide even more security.

For the leader’s personal use, there are more than 20 train stations built across North Korea.

The North Korea state news media has occasionally covered the leaders from inside the train. And these reports have offered a rare glimpse at some of the many specialized cars. One video from 2011 shows Kim Jong-il holding court seated at a long white table. Flat screen television is clearly visible, and in some newer videos, people have noticed laptop computers.

Everything built for convenience

There is a large staff catering to the wishes and needs of the leader. The train is also outfitted with modern communications technology.

During the trip, leaders can order any dish of Russian, French, Chinese, Korean, and Japanese cuisine. The leader sometimes orders live lobster and other fresh delicacies to be delivered to the train as it crosses Russia. In some cases, wines were flown in from Paris. When the leader is bored, he relies on a group of female entertainers known as lady conductors to serenade him.

The train has been used for traveling abroad, with direct connection to China, and onward connection to Russia with a gauge-change. Here are some long trips by North Korean leaders.

- In 2001, when Kim Jong-il visited Russia, the train had 22 carriages, and life on board was luxurious

- In August 2011, Kim Jong-il visited Ulan-Ude, in Russia, roughly 2,800 miles by train from Pyongyang to meet with Russian President at the time, Dmitry Medvedev

- Last trip was in April 2019, when Kim traveled to Vladivostok to meet with Vladimir Putin

52:37
Political
Ronald Reagan - The Making of a Leader

Ronald Reagan was an American politician who served as the 40th president of the United States from 1981 to 1989. Before he was president, he was a Hollywood actor and union ...

Political
Michael Bloomberg Enters US Presidential Race – Can he Dethrone Trump?
Bloomberg considered entering the race in 2016, but eventually withdraw. He has experience in politics thanks to his car...
More than 500 Years Ago, the Pope Allowed Slavery and Conquest with Inter Caetera
The degreed aimed to justify explorers’ claims on land and waterways they discovered, and promote Christian domination...
The Way to Right Wrongs – Legacy of Ida B Wells
She tackled issues regarding the political, economic, and social standing of black people in America through her writing...
Anna Chennault – The Spy Most People Haven’t Heard Of
Anna Chennault is remembered for her actions helping President Nixon win the elections in 1968. She did that by interfer...