He argued that morals don’t exist and we shouldn’t pretend they do. They are just a façade to cover up the real motivation, which is the desire to control other people and prevent other people from controlling us

Nietzsche is one of those brilliant minds of the modern time. But he was often misunderstood because he used brief and pointed comments. These aphorisms were intended to jolt people and make them think. Sadly, not many thought beyond what they hear. When they at face value, most of these aphorisms are hard and cruel. And that is the reason he was popular during Nazi Germany.

His aphorisms were often used to justify Nazis’ actions. He was a German philosopher who lived from 1844 up until 1900. He was known for his hatred toward Christianity and morality. His philosophy was based on two things: God doesn’t exist and people are driven only by the desire to obtain power. You see how these two fit into Nazi philosophy?

He argued that morals don’t exist and we shouldn’t pretend they do. They are just a façade to cover up the real motivation, which is the desire to control other people and prevent other people from controlling us. This is his “Will to Power” philosophy. As for Christianity, considered it to be a ploy to keep the power in the hands of the majority who resented the few who were more suited to rule.

He has been used as justification by totalitarians. However, he is also an inspiration for other brilliant minds, like Sigmund Freud and Jean Paul Sartre. His main idea was that people make something of themselves by the act of the will. Freud continued that idea and looked to find the real reasons behind and develop psychoanalysis. Sartre picked up on Friedrich’s idea and said man becomes something as he acts.

Let’s talk about some of his popular aphorisms and the meaning behind them.

What does not kill me, makes me stronger

You might know this quote from Kanye West and his song “Stronger”. But it was Nietzsche who said it first. For him, psychological growth is one of the most important things in life. Experiences are not always pleasurable. But even suffering can teach us a lot of things. Nowadays, we all know this to be true. We grow as people when we gain experiences, be it good or bad.

The German philosopher thought our understanding of good and evil to be flawed. Nowadays, people often do things with the motivation of love. And as they say, there are no rules in love and war. Sometimes, we might do things for love that we would never do otherwise.

For outside observers, people in love might appear mad. But the person in love is acting rationally and reasonably from their perspective. Nietzsche teaches us to consider things from others’ perspective as well.

Man does not strive for happiness; only the Englishman does that

Utilitarianism was English in origin. The German philosopher did not believe that was possible. He considered the search for pleasure over pain to be a dull life, one without meaning. The key driver in human motivation was the search for the meaning.

There are no facts, only interpretations

We talked about how he taught people to consider things from other perspectives. You can say he was a perspectivist. According to him, there is no absolute and objective metaphysical truth. There is only a large series of subjective schemes were truth or values can be made. Not all perspectives are equal, but none has a monopoly over another.

Knowledge for its own sake

This is one of his more controversial aphorisms. The explanation being that half-knowledge is more victorious than whole knowledge. Half-knowledge helps you understand things as being more simple than they are. Nietzsche believed that the more abstract the truth is that you would teach, the more you have to seduce the senses to it.

This might be the main reason why Nietzsche was considered a Nazi figure. It is his Ubermensch concept, or “Superhuman”. He developed it in his 1883 book “Thus Spoke Zarathustra”. He makes the Ubermensch a goal for humanity to set for itself.

All human life would be given meaning depending how it advanced a new generation. The aspiration of a woman would be to give birth to the Superhuman. And her relationships with men would be judged by this standard.

The term was then used frequently by Hitler and the Nazi regime. They used it to describe their idea of a biologically superior Aryan master race. They managed to make the Superhuman concept racial, and a foundation of their National Socialist idea.

The Nazi regime also spawned the idea of inferior humans, who should be dominated and enslaved. This term does not originate by Nietzsche. Instead, he was critical of anti-Semitism and German nationalism. In his final years, he believed to be Polish. He claimed that he and Germany were both great only because of Polish blood in their veins.

Sadly, he died long before Hitler’s reign. But his sister Elisabeth Foster-Nietzsche twisted and manipulated his words. She did it to accommodate the worldview of herself and her husband, Bernhard Foster, who was a prominent German nationalist.

Machiavelli is widely considered as one of the most influential philosophers when it comes to politics. His grand work, “The Prince” is a 16th century political treatise....

Christians and Catholics will tell you God is everywhere around us. He loves us all, he cares for us all. But does he care for places on earth that look forgotten?The documen...

05:08
Philosophy +1
Why incompetent people think they're amazing - The Dunning-Kruger Effect

In the field of psychology, the Dunning-Kruger effect is a cognitive bias, wherein people of low ability suffer from illusory superiority. In simple terms, people that are no... 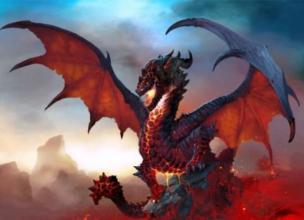 Philosophy
Celtic Dragon – Symbol of Power and Fertility at the Same Time
Druids believed that the dragon’s power affected the lay of the land. Their belief was that the path the dragons took ...
Top 7 Books that Changed the World
There are thousands of books written from the beginning of time till today. But which of these books have had the bigges...
The Tradition and Rituals of the Inuit People
The Inuit people have a long tradition of oral literature and storytelling. Before they had a writing system, they passe...
Lord Murugan Statue – The Tall Hindu Statue Rising over Bantu Caves
The statute, which is 42.7 meters high (140ft), is the tallest statue in Malaysia, and second Hindu deity in the world,...