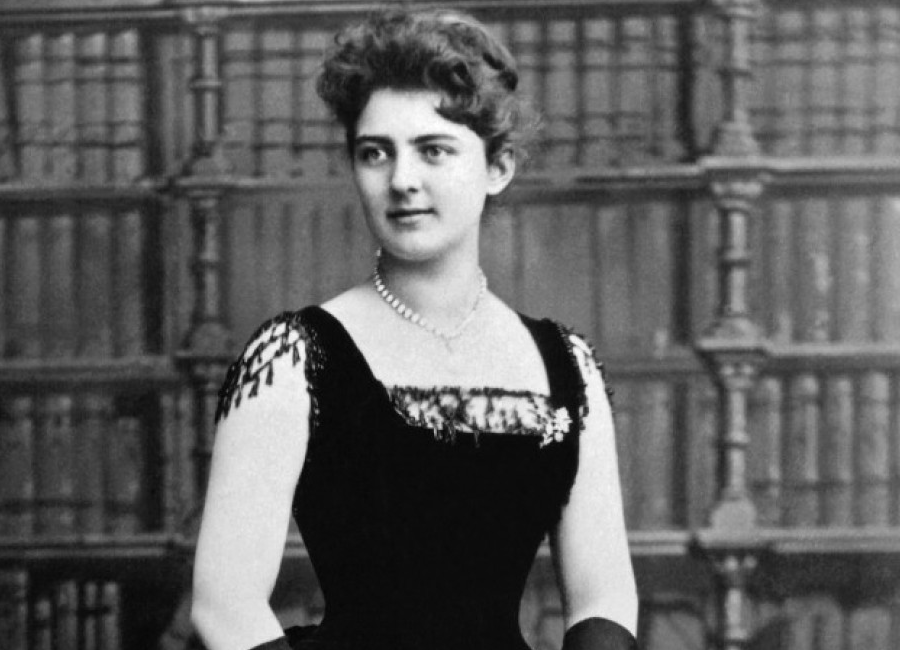 Frances was very unconventional and unique in her own way. The press and especially the Women’s Christian Temperance Union despised her “décolleté gowns”. They thought it was provocative and distasteful for a First Lady

Almost 100 years before Princess Diana married Prince Charles, or Jackie Kennedy married John F. Kennedy, the marriage of the year and the century was the one between Frances Folsom and Grover Cleveland. The American President asked the 21 year old Frances to marry him. After initially declining the offer, she accepted and became the youngest First Lady in American history. But she also became the first fashion icon, first celebrity first lady, and the one that popularized the term “First Lady”. Back in her days, there were no paparazzi. Instead, there were sketch artists. And there were no big cars. Instead, she used trains to travel. President Grover was 49 years old, his wife 21, and that is how the celebrity culture frenzy became.

Grover was the first Democratic president in a generation. The American public was crazy to know more about the couple. President Cleveland cared for his wife, and for her education. He wanted her to get education, so he got her into Wells College, offering her rare academic rigor. This was way before they got married. Asked once why he is not married, he told the media that “he is waiting for his bride to grow up”. He proposed while she was at college, and she declined and went to Europe. After returning from her trip, she married the president.

Frances was very unconventional and unique in her own way. The press and especially the Women’s Christian Temperance Union despised her “décolleté gowns”. They thought it was provocative and distasteful for a First Lady. She ignored them, and turned to American designers to fill her closets. She popularized her hairstyle, the “coif”, with her auburn hair swept up from the forehead, and then gathered behind her shaved neck. Speaking of her style, her arms were bare when she visited the opera, wearing only leather opera gloves. Showing little bit of skin was unseen at the time.

She was powerful and influential. Once, there was a report that she disliked bustles. They were banished overnight. But most importantly, Frances was charming. Her quick wit and gracious tact were what charmed people, men especially. Women followed her in her fashion absurdity. They even asked questions like “What would Mrs. Cleveland do” and “What would Mrs. Cleveland wear”? And despite her charm and high social status, she often spent time with women. She dedicated a home for factory girls, and for one moment, she became one of them. She remembered birthdays of servants in the White house.

With all her charm, she was loved by advertisers. They exploited her, and falsely used her face and name for endorsements of cosmetics. She became a tourist attraction, as hotels were overflowed and crowded whenever she was visiting a place.

When she went on a tour by train in 1887, she was a rock-star. Admirers thrust flowers and gifts into their carriage, and she embraced the fame, even though it exhausted her.

- Frances witnessed several important events in American history as a First Lady. Her husband was in charge during the Succession Act, the dedication of the Statue of Liberty, Chicago World’s Fair, the Panic of 1893, breaking the Pullman strike of 1894, and regulating the railroad industry

- She hated her nickname, as the media called her “Frankie”. She was given that affectionate name, but it reminded her of a pet name. She disliked it, and preferred to be called otherwise. Her actual name was Frank, given after her uncle, not Frances

- Frances was the first First Lady to remarry after the death of her husband, paving the way for Jackie Kennedy later on. Her husband died on June 24, 1908, and five years later, she married Thomas Jex Preston Jr., an art history professor

- President Cleveland was initially thought to marry Frances’s mother, Emma. However, Grover was mesmerized by Frances. Initially, she declined his offer, and went to Europe. After she returned from her trip, President Cleveland asked her again, and this time, she said yes

- She was just 21 years old when she became the First Lady, making her the youngest in American history

- Frances died on October 29, 1947, nearly forty years after her husband. She was buried beside Grover in Princeton

With just two quotes, you can fully understand how Frances embraced the role of a First Lady. They show her determination, relentless confidence, sureness, and assurance. The first one is after her husband lost the elections in 1989.

“I want you to take good care of all the furniture and ornaments in the house, and not let any of them get lost or broken, for I want to find everything just as it is now, when we come back again four years from today.”

Her husband lost in 1889 to Benjamin Harrison, but Frances was confident they will come back again in four years. And they did, as Grover won the 1893 elections.

“These people sent me a box of their perfumes…for which I thanked them-and now they are advertising their face powder as being used by me also. Can you have taken it out?”

As mentioned earlier, Frances became a fashion idol shortly after becoming the First Lady. She was the first celebrity First Lady. But she was naïve, young, and did not know how to deal with all the attention, publicity, and advertising.

Ancient Egypt is one of the oldest civilizations in the world. For almost 30 centuries, from its unification around 3100 BC, to the conquest by Alexander the Great in 332 BC,...

Sumer is the earliest known civilization in the historical region of southern Mesopotamia. It emerged during the Chalcolithic and early Bronze ages.The history of Sumer, incl... 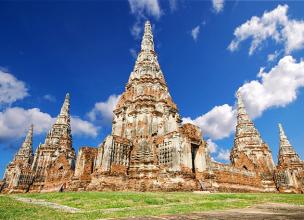 History
Ayutthaya – A Historical Landmark Worth a Visit
The historic city flourished from the 14th to the 18th century. During that time, it grew to one of the largest and most...
Sabrina Gonzales Pasterski – The Millennial's Einstein?
She recently said, “I don’t know exactly what problem I will or will not end up solving, or what exactly I’ll end ...
Noor Inayat Khan – Forgotten WW2 Spy Hero
As an SOE agent, she became the first female wireless operator to be sent from the UK into occupied France. She aided th...
Notable People with Savant Syndrome
Savants excel in skills related to memory. That includes rapid calculation, artistic ability, map making, and much more....