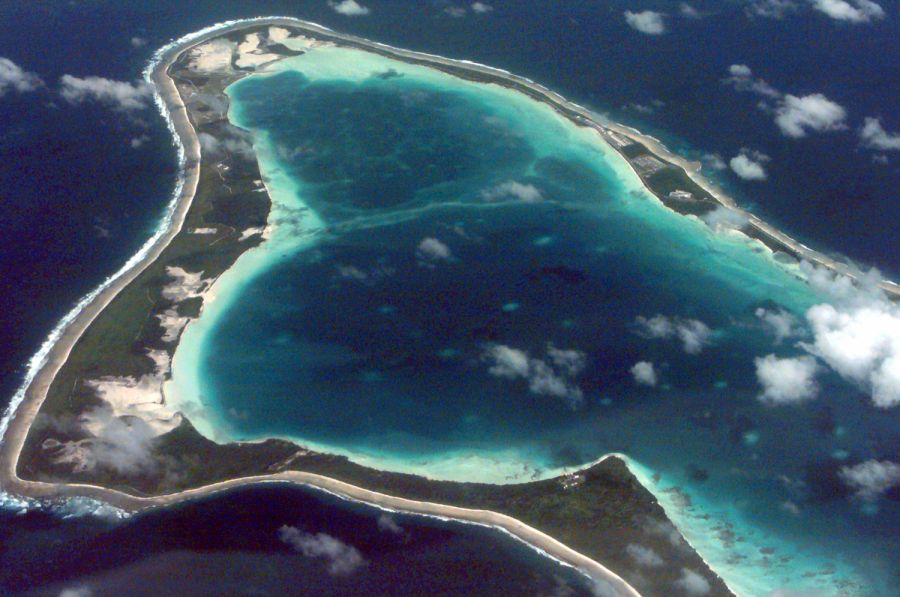 The main island is a military facility. It is off limits to anyone not on official duty. Some of the uninhabited outer islands can be visited by independent yachters with advance permission. Access to Diego Garcia is only permitted to people with connection to the military

Diego Garcia is an island overseas territory of the United Kingdom. It is the largest of 60 small islands compromising the Chagos Archipelago. It was first discovered and named by the Portuguese, and then settled by the French in the 1790s. British got the island after the Napoleonic Wars.

In 1966, the population of the island was 924. The people were employed as contract farm workers on primarily coconut plantations.

Thanks to a lease deal between the US and the UK, the island is now a military base for America. The base is 1,000 miles from the nearest continent. Yet, it has all the trappings of a modern American town. Troops there can dine burgers at Jake’s Place, enjoy golf, go bowling, or drink in one of the several bars.

But this is not American soil. It is a remote remnant of the British Empire. In 1965, in the middle of the Cold War, the United States signed a controversial and secret agreement with the British government to lease the island. The UK was in the process of decolonizing Mauritius, and the Chagos Islands never got its independence. It was cleaved from Mauritius and renamed the British Indian Ocean Territory.

In the early 1960s, the UK was withdrawing its military presence from the Indian Ocean. At this point, they signed a deal with the United States to establish a naval communication station on one of the island territories. The US requested an unpopulated island belonging to the UK to avoid political difficulties with the newly independent countries. 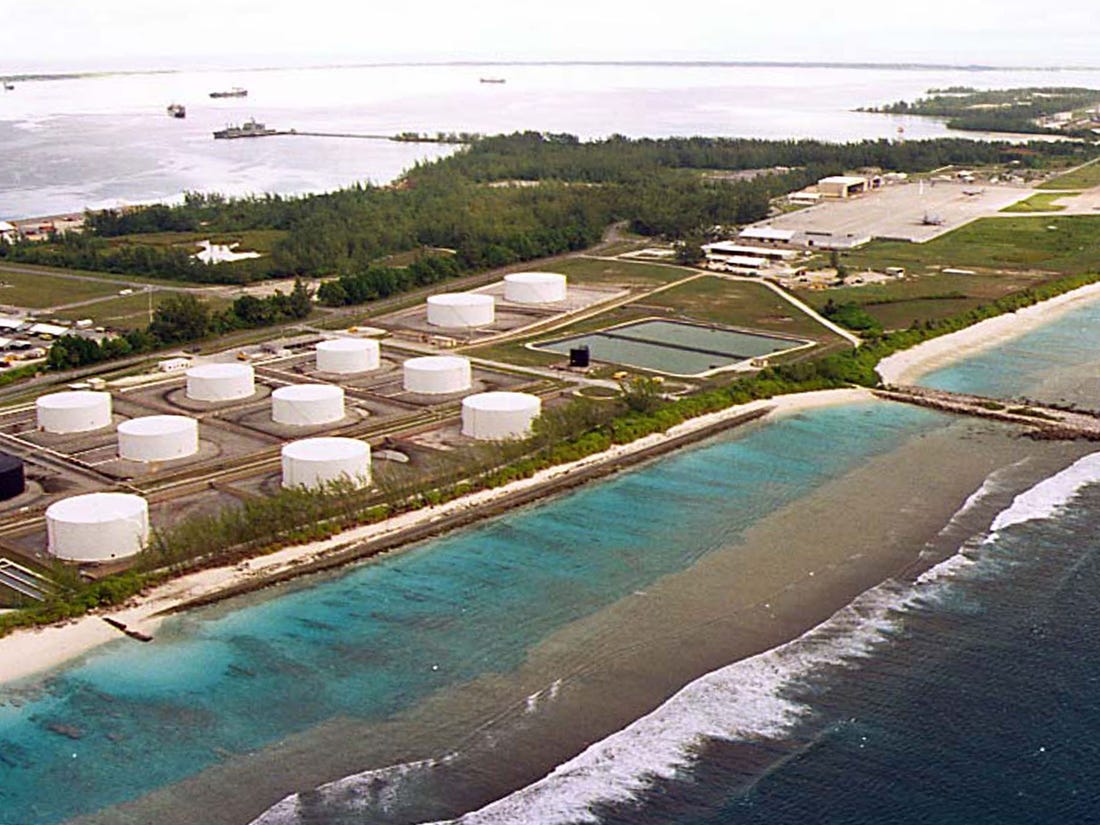 To accomplish the defense strategy, the UK purchased the Chagos Archipelago in 1965 from the self-governing colony of Mauritius for 3 million British pounds. That led to the creation of British Indian Ocean Territory (BIOT) with the intent of closing plantations to provide uninhabited British territory.

Between 1968 and 1973, the farm workers got forcibly removed from Diego Garcia by the UK government to make way for a military base. Many of the locals got deported to Mauritius and the Seychelles.

Diego Garcia is the only inhabited island in the British Indian Ocean territory. The French colonized the Island originally. But they had to give it up to the UK in the Treaty of Paris 1814 at the conclusion of a portion of the Napoleonic Wars.

The UK purchased administration from the island of Mauritius in 1965. Now, the UK represents the territory internationally. There were plans or a local government, but it does not exist.

The administration is represented by the officer commanding the British Forces on Diego Garcia, the Brit Rep. Laws and regulations on the island are promulgated by the commissioner and enforced in the BIOT by the British Rep.

The UK lease the island to the US. To serve the relationship between the UK and the US, they hold an annual meeting called The Pol-Mil talks. They hold it at the Foreign and Commonwealth Office in London to resolve any pertinent issues. The resolutions are formalized in an Exchange of Letters.

The US and the UK do not recognize Diego Garcia as subject to the African Nuclear Weapons Free Zone Treaty. It is not publicly known whether nuclear weapons have ever been stored on the island.

In 2015, the US Secretary of State Colin Powell’s former chief of staff Lawrence Wilkerson, said that CIA used the island for “nefarious activities”. He cited three intelligence sources that Diego Garcia was used as a transit site where people were temporarily housed and interrogated from time to time.

Manfred Nowak, one of the five of the United Nations Special Rapporteur on torture, said that there is credible evidence that ships serving as black sites used Diego Garcia as a base.

On December 9, 2014, the United States Senate Intelligence Committee published a 600-page unclassified summary of their 6,700 page secret report on the abuse by CIA of their secret prisoners.

How the US and the UK banned locals

Back in the days, locals had a lifestyle distinct to that on Mauritius. Unlike Mauritius, where back-breaking work was endured on sugar plantations, locals here had their own type of work. They had their own version of the Creole language, they had schools for children, and tended private gardens.

Simply put, they led a peaceful way of life. That stopped in 1967, as the US and the UK began tearing that life apart. They exiled all the inhabitants from their land.

They started by preventing people to come back after going to special medical treatments to Mauritius. If a mother gave birth to a child, she would be left in Mauritius while the rest of the family would be on Chagos. 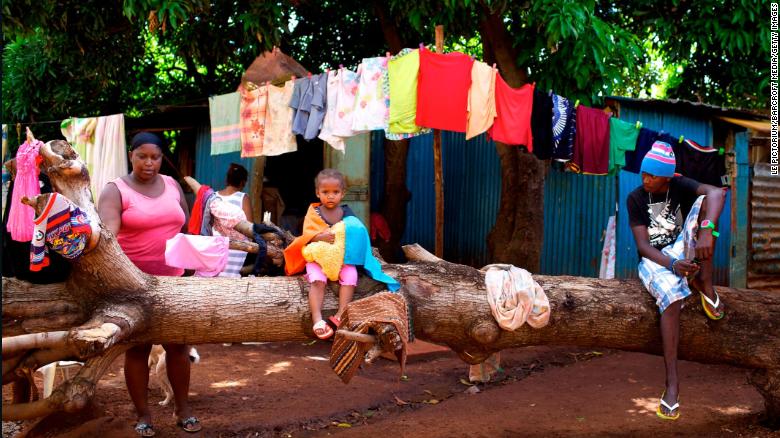 Then, they gradually restricted medical and food supplies to the island. And eventually, in 1973, all those remaining were told that they had to leave overnight.

The locals were herded into the hold of two cargo ships and then left on the quayside in Mauritius or the Seychelles.

The island underwent the biggest expansion of any US military base after the Vietnam War. It became fully operational in 1986. The first thing the US did was deepen the harbor.

Now, the harbor is big enough for an aircraft carrier. There are massive pre-positioned ships in the lagoon filled with enough weapons and supplies for material tanks, helicopters, and more. 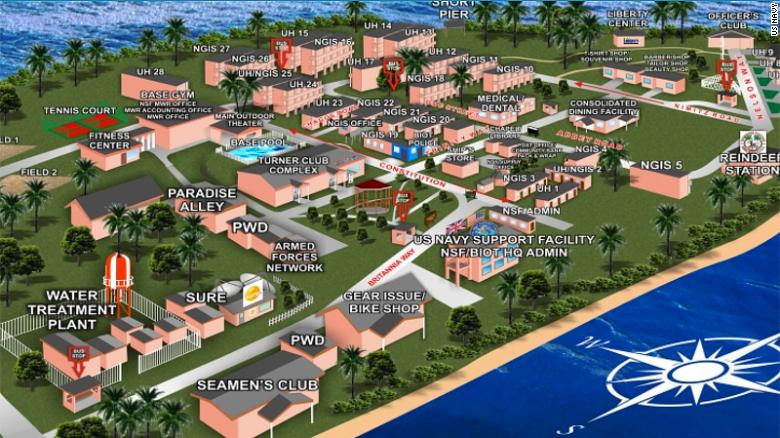 The base received more personnel following the 9/11 attacks. It is one of the handful of stations running the US military’s Global Positioning Systems. Some experts say it is a “floating aircraft carrier”.

Troops there enjoy many American things, like bars, burgers, and more.

The main island is a military facility. It is off limits to anyone not on official duty. Some of the uninhabited outer islands can be visited by independent yachters with advance permission. Access to Diego Garcia is only permitted to people with connection to the military.

The Future of the Island

The deal between the UK and the US was secret because the UK was in the process of decolonizing Mauritius. But that deal has had its criticism.

On June 23, 2017, the United Nations General Assembly voted in favor of referring the territorial dispute between Mauritius and the UK to the International Court of Justice. The goal was to clarify the legal status of the Chagos Islands. In February 2019, the International Court of Justice in The Hague ruled that the United Kingdom must transfer the islands to Mauritius. The reason they were not legally separated in 1965. But the ruling is not legally binding.

Despite that, a written statement by the US government says that neither the Americans nor the British have any plans to discontinue use of the military base.

As it stands, the British can ignore the ruling. The matter who holds sovereignty over the Islands will go to the United Nations General Assembly. 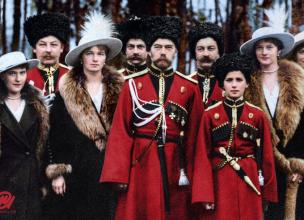 Military/War
Cossacks – The Russian Samurai Soldiers
The Cossacks served as part of the Soviet Army. But after World War II, the units were disbanded. And then during the Pe...
The Six Day War – Six Days Changed the Middle East
The Six Day War lasted from June 5, 1967, up until June 10, 1967. But things started cooking earlier than that. At the e...
The Battle of Berlin, What You Didn’t Know about the Fall of Nazi Germany
What if Germany won the battle? Well, even a German victory would not have changed anything at the time. At that point, ...
China’s Army, Frightening Facts about the Largest Active Army in the World
China has more than 2 million active members of the army, which is much more than what the United States have, for examp...