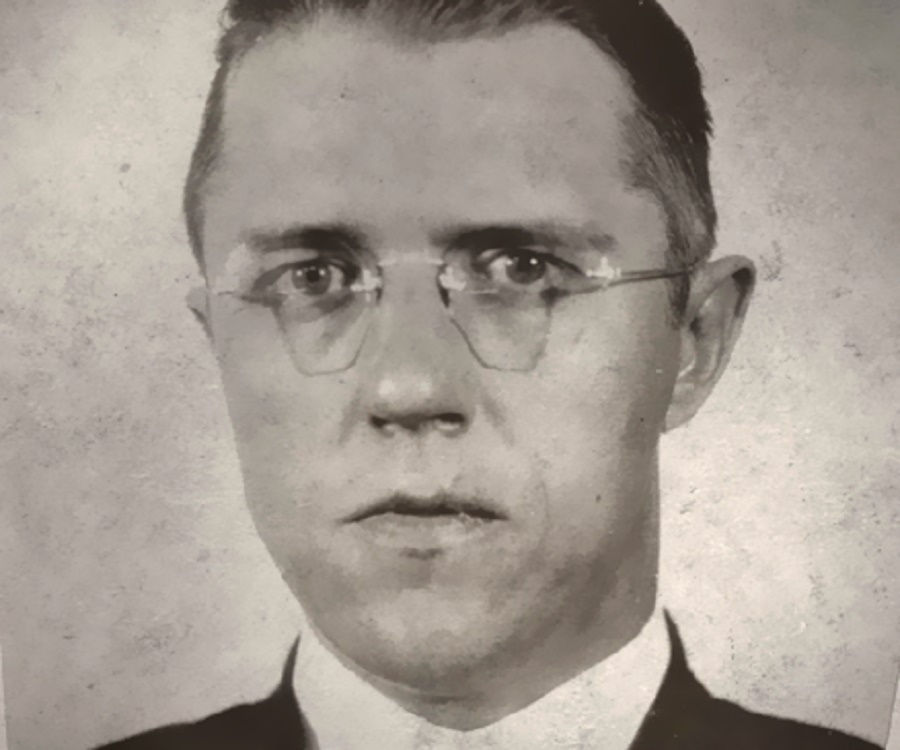 Al Capone is widely regarded one of the most notorious criminals in the history of the United States. But when he was imprisoned, he served rather short sentence in Alcatraz, the most notorious prison in America. Capone served just four and a half years there. The reason? He was suffering from long-term exposure to syphilis, and he was transferred to Terminal Island Prison in Southern California. The title of longest serving prisoner in Alcatraz belongs to someone else, Alvin Francis, or as he was known, “Creepy Kapirs”.

Alvin was nicknamed “Creepy” because of his sinister smile. Known for his alliance with the Barker gang in the 1930s. He was also the last “public enemy” to be taken. He was an official “Public enemy No.1”, and the group’s leader with a photographic memory. According to legends, he was captured by FBI director J. Edgar Hoover himself. He was sentenced to life imprisonment on Alcatraz for 10 murders, 6 kidnappings, and a robbery. He served for 26 years, the longest sentence in Alcatraz.

Born to Lithuanian immigrants in Montreal, Canada, Alvin was actually raised in Wichita, Kansas. He started with crime early on, at the age of just 10 years old. He ran around with gamblers, pimps, and bootleggers. In 1926, at the age of 19 years old, he was sentenced to 10 years at the State Industrial Reformatory in Kansas, for attempted burglary. He managed to escape with another inmate, and went on a year-long crime spree.

Later, he was caught stealing a car, and was transferred to the Kansas State Penitentiary in Lansing, Kansas. There, he met Fred Barker for the first time, member of the Bloody Barkers. The family included Herman, Lloyd, Arthur, and Fred, sons of Ma Barker. All four brothers turned into hardened criminals, robbing banks and killing without provocation.

After being released in 1931, Alvin joined up with Fred in Tulsa, Oklahoma, where they started the Kapris-Barker gang.

In the 1930s, the gang became one of the most formidable criminal gangs. They did not hesitate to kill anyone who got in their way. Alvin was the leader, as he had a photographic memory. Fellow gang members described him as “super-smart”. There were around 25 members of the gang.

There were myths that Ma Barker was running the gang, but that was far from true. As Alvin wrote in his memoirs, she did not have the intelligence and thoughtfulness to plan a bank robbery.

In 1933, on the same weekend as the Kansas City Massacre, they kidnapped William Hamm. They asked for ransom, and got $100,000. Shortly after, they abducted Edward Bremer, a banker whose ransom netted $200,000.

Some believe that the Bremer kidnapping was their end. His father was a close friend of then President Franklin D. Roosevelt, who ordered the FBI and the police to step up their game in pursuing the gang members. Many members of the gang were killed in 1934, and on January 16, 1935, the FBI killed Ma and Fred Barker.

Karpis continued his crimes with others, and was one of the top four Public Enemy No.1 members, along with John Dillinger, Pretty Boy Floyd, and Baby Face Nelson. And he was the last one, as all three were killed by 1935.

Kapris was captured on May 1, 1936, as the FBI located him in New Orleans. There are many versions of the arrest. According to J. Edgar Hoover, he made the arrest himself. Karpis, on the other hand, says that Hoover came only after agents seized him and told Hoover it is safe to approach.

Alvin Karpis served in Alcatraz for 26 years. He had his fingerprints removed there. He was released on parole in 1969, and deported to Canada. He had difficulty obtaining passport credentials because he had no fingerprints.

He wrote his first memoirs in 1971, and another book was published in 1980, just one year after his death. He moved to Spain in 1973, where he died in 1979. Originally, his death was ruled suicide. However, the co-writer of the 1979 book, claims that he was probably dosed with pills and alcohol by his girlfriend, as a way to give a relaxing high.

The Execution of Gary Glitter is a ninety-minute television drama. Produced by Juniper Communications, the documentary follows an imaginary trial and execution by hanging of ...

Conspiracy
Jimmy Hoffa – All the Death Conspiracies
Jimmy Hoffa is one of the central figures in the Irishman, a fictional movie trying to explain the disappearance of the ...
Top 5 Infamous Criminals that will be Roomies with El Chapo in Supermax
El Chapo asked to be moved to a new facility, and he is now spending his time in the Supermax prison in Colorado
Yakuza – The Japanese Sophisticated Crime Organization
Yakuza, or gokudo, translating to “the extreme path”, are members of transnational organized crime syndicates origin...
Meet Robert John Maudsley, the Real Hannibal Lecter
Robert was a British serial killer, responsible for murders of four people. He committed three of these murders in priso...