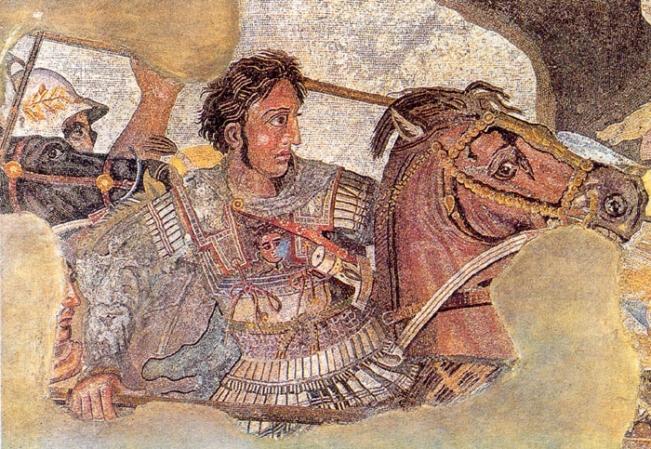 Large part of Alexander’s success was his army. No commander can win a battle, let alone a war by himself. Alexander, as many others, needed the support of his well-trained army in his conquests. It was Philip who revolutionized the Army, but Alexander took them to another level.

Alexander the Great is considered the greatest military genius of the ancient world, and with a good reason. He managed to conquer almost half of the ancient world, as his kingdom spread to India, Egypt, Iran and Pakistan. He spent 13 years trying to unite the Eastern and the Western World through military force, but also with cultural exchange. Many will remember Alexander as the conqueror, but his intentions were to liberate the countries and exchange cultural experiences with them.

One of the greatest achievements of Alexander is the fact that in 15 years of war, he never lost a single battle. Alexander began his military training under his father Philip, leading the Macedon to victories versus Ancient Greece. After the death of his father, Alexander did the unthinkable, attacking Ancient Persia with just little over 50,000 soldiers. In all the battles with Persia, as well as his sieges in Egypt and Syria, Alexander the Great never lost a battle. He combined great tactics, strategy, ferociousness and experienced soldiers.

Large part of Alexander’s success was his army. No commander can win a battle, let alone a war by himself. Alexander, as many others, needed the support of his well-trained army in his conquests. It was Philip who revolutionized the Army, but Alexander took them to another level.

Phillip II inherited a largely ineffective and inexperienced army. His first order was business was to revolutionize and modernize the army. First order of business was to increase the number of the army, and change how the army works. Alexander kept the same principles. Alexander also employed engineers to develop siege weapons.

The core of the army was the phalanx, a highly trained infantry. They were positioned in a box formation, making it impossible to attack them from any other than frontal position. All the soldiers in the phalanx were obedient, and very loyal. They carried light uniforms, making it possible for them to maneuver on the field. They were armed with long, 18 to 20 meters pikes. Every soldier was required to place his pike on the shoulder of the man before him, which further increased the defensive stance of the phalanx. Every unit of the phalanx had its own commander, which made communication easier. Mathematically speaking, each unit of the phalanx consisted of 1540 men, divided into three subdivisions of 512 men. Each division was divided in 32 “dekas”, or a line of 10, later 16 warriors.

Aside from the phalanx, the army of Alexander the Great also included a unit of hypaspists, or also called shield-bearers. They carried shorter spears, or javelins. The hypaspists were more mobile, and they could move from one side to another with ease. There were three classes of hypaspists, one of which was in charge of guarding the King.

Disadvantages of the phalanx

The phalanx was almost perfect army, but it had one major flaw and disadvantage. Luckily, Alexander was smart enough to hide the disadvantage and use the phalanx to its full potential. The disadvantage of the phalanx is that it worked best on flat, unbroken country. On country with uneven terrain, the phalanx was not in advantage. As mentioned, Alexander always positioned his army in the same way. However, he was also smart enough to mix things up when the field required so. One example is the battle at Hydaspes, where Alexander the Great was forced to use his archers as the front line to counter the elephants of the opposing army.

The Cavalry was the single greatest weapon in Alexander’s disposal. It was his main strike force and a unit he could always count on. The cavalry was divided in two sections, the companions and the scouts.

The companion section was divided into eight squadrons of 200 men armed with nine-foot lance and with little armor. Alexander always kept a steady supply of horses and reserves, since he knew that his cavalry is the most important unit of the Army. Alexander was always in the front of the battle, and he led the Royal Companion squadron that was always positioned on the right side of the phalanx.

His units were positioned in a wedge position, which Alexander believes made them harder to crack and impossible for the opposing army to punch a hole in it.

When he was striking, Alexander always strike in the center of the opposing army with his phalanx, trying to strike in an oblique angle. IN the same time, he used the cavalry to punch holes in the flanks.

The wedge position of his army allowed Alexander to counter missiles from enemy lines. Since he had the shield bearers in front, they could easily counter the concentration with missiles from the opposing front. The men in the wedge deployed in either trapezoid or triangular formation. The wedge helped Alexander to smash into the enemy line, and maximize the effect of his long range weapons, such as javelins.

However, probably the biggest strength of the Army of Alexander was its mobility. Alexander was a brilliant mind, great tactician and military specialist. He often made in battle adjustments, but he needed his army to be able to move fast and quickly relocate from one to another position. To enable that movement, Alexander used light armor for his army. Additionally, Alexander always scouted the terrain where the battle could occur, and he tried to maximize the potential and advantages of the terrain.

The first major battle of Alexander’s conquest into Persia occurred at the Granicus River, and the battle is now known as the Battle of the Granicus River. The battle occurred in 334 BC, in modern day Turkey, near Troy. Alexander chose to fight near the River, since that minimalized the advantage of the Persians in numbers.

Another battle that was played near a River, the battle of Issus took place in 333 BC near the Pinarus River.

Alexander placed his infantry in defensive posture, taunting Darius to attack. While Darius was trying to attack the infantry, Alexander and his Royal Companions strike the left side of the Persian army. Generating a quick rout from there, Alexander led his cavalry directly at Darius and his chariot. Darius flew the scene. The battle of Issus marked a significant victory for Alexander, and started the fall of the Persian Empire.

This battle marked the end of the Persian Empire. Darius has mobilized his finest cavalry, chariots and a massive army. But he once again fall victim to the brilliant strategy of Alexander and his tactics.

Alexander divided the army into two units. He commanded the right side, while the left was commanded by Parmenion, a personal friend and a trusted commander of Alexander. Alexander first ordered the phalanx to march towards the center of the enemy front. In the same time, Darius launched the chariots, but Alexander intercepted them with Agrianians, an infantry armed with javelins. Forming a wedge, Alexander struck the center of the Persian army. Since the center was weakened, Alexander had a clear path to Darius.