"This documentary film is an episode of The Biography Channel’s “I Survived - Beyond and Back” series which outlines a profound childhood Near Death Experience. As a result o...

"This documentary film is an episode of The Biography Channel’s “I Survived - Beyond and Back” series which outlines a profound childhood Near Death Experience. As a result of a martial arts demonstration which went horribly wrong, Raymond Kinman, (a very devout Catholic boy) suffered a traumatic head injury in which he was rendered unconscious – without heartbeat or breathing for twelve minutes, only to be revived by CPR.

During this brief period, Raymond had a profound Near Death Experience which was sadly misinterpreted by a Catholic Priest – the coaching he received was, “Since I couldn’t say that I saw Jesus, it was probably a trick of Satan”… resulting in decades of guilt and shame for a nine year old boy.

During this brief window of enlightenment, Raymond was reunited with his lost dog, “Skippy” and he met God “face to face”, which eventuated in a life – long inability to reconcile what he was shown (when he died) with what he as being taught in the Catholic Church.

Raymond’s message is clean and simple. “Our purpose in life is NOT TO LEARN AND GROW, as is often trumpeted by modern gurus, priests, ministers and teachers, “When I died I was gifted with INFINITE knowledge and wisdom -we have nothing whatever to learn”. “We are here to Love. That is our purpose – all of us”.

As a lifelong professional artist, Raymond has also created a series of paintings of some of the images he saw when he died. At his website you can see some of those images, as well as to listen to an audio version of one of his lectures in which he describes his Near Death Experience in remarkable detail:

Ray asked Documentarytube to bring this video to the public attention and we felt it a worthwhile inclusion in our selection of videos and we wish him well in the future. 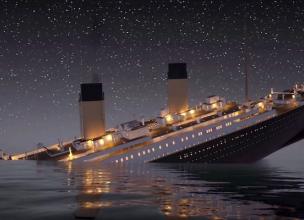