On the surface, Jamaica is a tropical island paradise in the Caribbean. But, in spite of all the tranquility, Jamaica has one of the highest murder rates in the world.
The reason: Ghettos! And the worst of all of them: Mountain View. Anyone who sets foot here risks their life. Deadly gun battles and gang wars are just part of the daily routine.
The many small communities here are in a state of constant war. The most infamous of all the gangs: South Clan! Drugs, alcohol, weapons. Everything always close at hand.
The criminals make their money with contract killing, extortion, and kidnapping. Around five hundred people live in the South Clan community. Evil and his men say they protect the people here – from the bad guys.
The Mountain View slum is a refuge for the poorest of the poor. Many seek solace in alcohol and marijuana. What rules here is primarily unemployment, miserable living conditions, hopelessness.
Particularly for single mothers, there is usually only one way out: prostitution! Every day young women sell their bodies on the street. A special police unit tries to end all this and to shut down the gangs. Four men notorious for their prowess.
The special unit can't rely on any tips from ghetto residents. Because nobody talks here. There is only one language – which means don't talk, shoot! Mountain View, Kingston is one of the most dangerous no-go zones in the world. 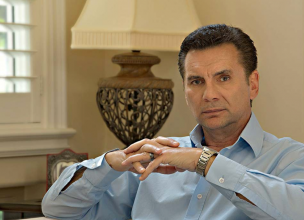