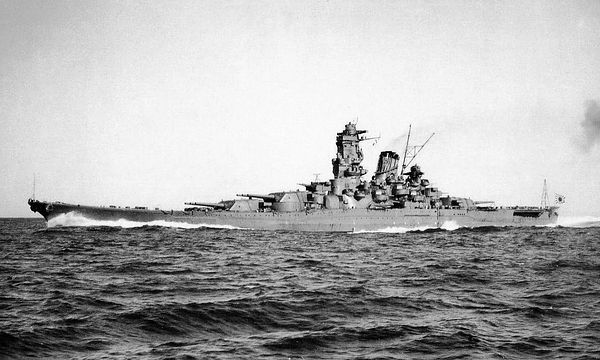 The Japanese constructed the ship to act as a counter to the numerically superior battleship fleet of the US. Laid down in 1937 and formally commissioned a week after the Pearl harbor attack in 1941, Yamato served as the flagship of the Combined Fleet

Japan had the idea of sacrificing The Yamato by placing it to act as an unsinkable gun emplacement. But that turn out as they wanted. Yamato was the lead ship of the battleships class built for the Imperial Japanese Navy before World War II. Yamato and her sister ship, Musashi were the heaviest and most powerfully armed battleships ever constructed.
For info, Yamato weighed 72,800 tons at full load and armed with nine 46cm (18.1inches) type 94 main guns. They were the largest guns ever mounted on a warship.
The Japanese constructed the ship to act as a counter to the numerically superior battleship fleet of the US. Laid down in 1937 and formally commissioned a week after the Pearl harbor attack in 1941, Yamato served as the flagship of the Combined Fleet.
While it was armed with the largest guns on a warship, the only time Yamato fired her main guns at enemy surface targets was in October 1944. She engaged the American forces invading the Philippines during the Battle of Leyte Gulf.
As the war continued, and Japan started losing naval power in the Pacific, they sent Yamato in one last mission. They depleted the ship on a one-way mission to Okinawa in April 1945, ordering to beach herself and fight until destroyed. The idea was to protect the island. But the US saw the idea, and sink it with carrier-based bombers and torpedo bombers.
Today, we will talk about the creation of the battleship, its missions and its legacy.

Design and construction of the biggest battleship

After their withdrawal from the Washington Naval Treaty, a treaty that put limitations on the power and size of capital ships, the Japanese government noticed their naval shortfalls.
They had fewer ships and smaller naval army. With the prospect of war on the horizon, the government wanted to construct the Yamato class, ignoring previous rules set for such naval vessels.

At this point, Japan also withdrew from the League of Nations in 1934, renouncing its treaty obligations. During the 1930s, the government adopted an ultranationalist militancy with a view to greatly expand the Empire.
With that in mind, they viewed the enormous battleship class as a way to power and influence in the Pacific. Because of the enormity of the Yamato, the dockyard in Hiroshima had to be modified in order to accommodate the battleship.
Japanese military planners instantly recognized that the country cannot compete with the output of US naval shipyards. They had fewer ships. SO their idea was to counter it with a 70,000 ton vessels of the Yamato class. In theory, this battleship was capable of engaging multiple enemy battleships at the same time.
Speaking of the Hiroshima dock, the Japanese installed gantry cranes capable of lifting to 350 tons. Throughout the construction, the Japanese government kept the project in absolute and extreme secrecy.
The main battery of the ship consisted of nine 46cm (18.1 inches) 45 Caliber Type 94 naval guns, the largest caliber of naval artillery ever fitted to a warship. Although, we have to mention, the shells were not as heavy as those fired by the British 18-inch naval guns of World War I.

There were two ships of the Yamato class, the Yamato and the Musashi. These two sister ships were used in several battles against the US fleet. Here are some of them.
Battle of the Philippine Sea (June 1944)
This was the largest carrier-to-carrier battle in history, involving 24 aircraft carriers and roughly 1,350 aircraft.
Yamato mistakenly opened fire on Japanese aircraft, and the Japanese lost three aircraft carriers and 426 aircraft.
Battle of Leyte Gulf (October 1944)
Considered the largest naval battle of World War II, and possible the largest one in history. More than 200,000 personnel was involved in the battle. Following the American invasion of the Philippines, the Yamato was given black camouflage for a nighttime transit of the San Bernardino Strait.
Battle of the Sibuyan Sea (October 1944)
The Japanese fleet lost three more heavy cruiser. The US launched aircraft from USS Essex to hit the Yamato with armor-piercing bombs. The battleship remained battle worthy, despite taking on more than 3,000 tons of water. The Musashi, on the other hand, were sunk after being struck by 19 torpedoes and 17 bombs.
Operation Ten-ichi-go
This was the last mission of the Yamato. In a desperate attempt to defend Okinawa, the Japanese ordered Yamato to beach by the island and defend it. Unfortunately, the US intercepted and decrypted the execute order.

Lack of fuel and insufficient air cover resulted in a suicide and unsuccessful mission. The US hit the Yamato with 19 aerial torpedoes. All of the crew and many more Japanese sailors lost their lives.

From the time of their construction, Yamato and Musashi carried significant weight in Japanese culture. They represented the epitome of Imperial Japanese naval engineering. Because of their size, speed, and power, they embodied Japan’s determination and readiness to defend its interest against the US and Western Powers.
Japanese citizens held the belief that their country could never fall as long as the ship was able to fight.
Decades after World War II, Yamato was memorialized in various forms. Historically, the word “Yamato” was used as a poetic name for Japan. Her name became a metaphor for the end of the Japanese empire. 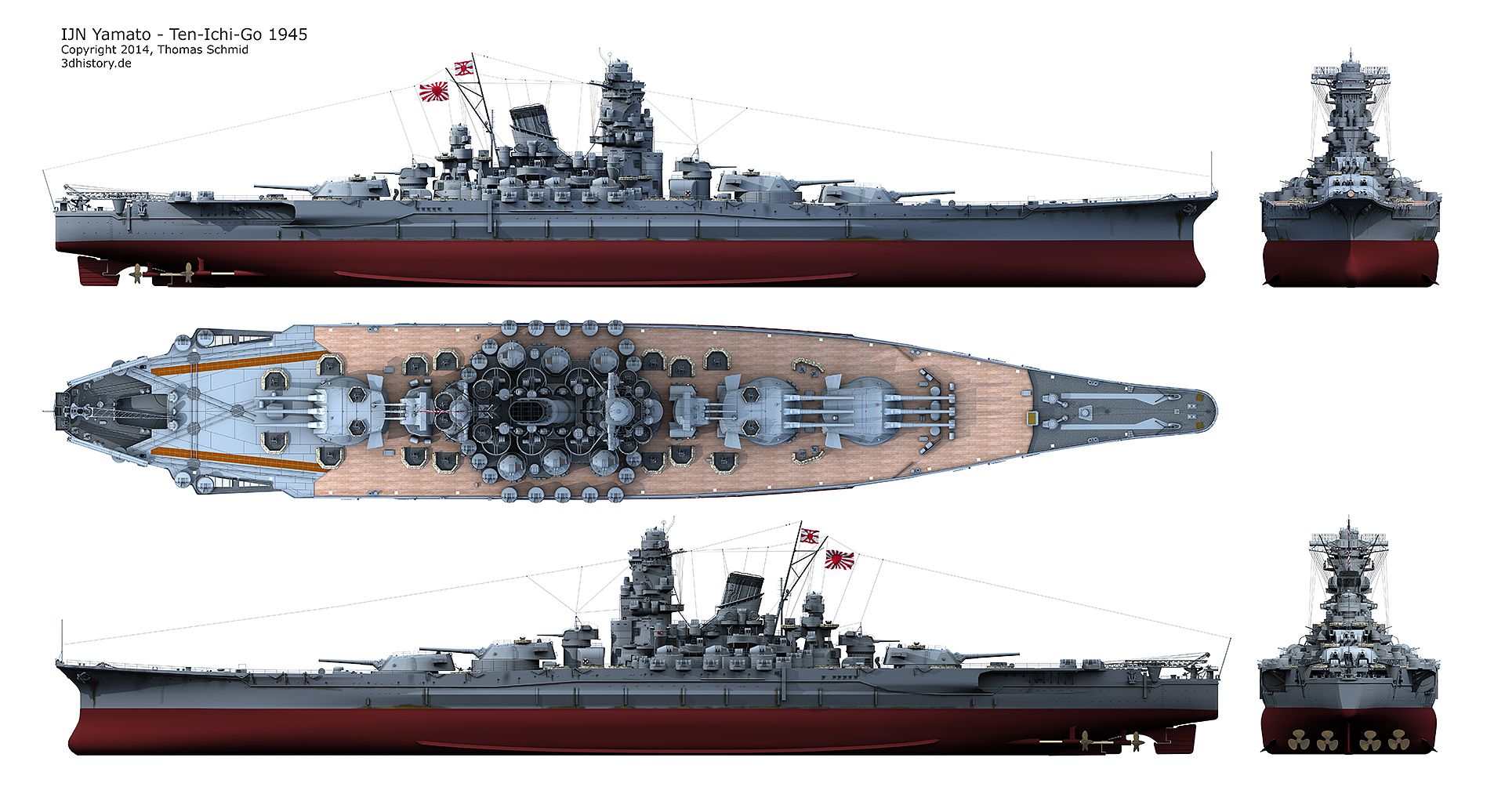 In post-war Japanese tried to redefine the purpose of their lives, and Yamato became a symbol of heroism and the desire of Japanese to regain a sense of masculinity after their defeat in the war.