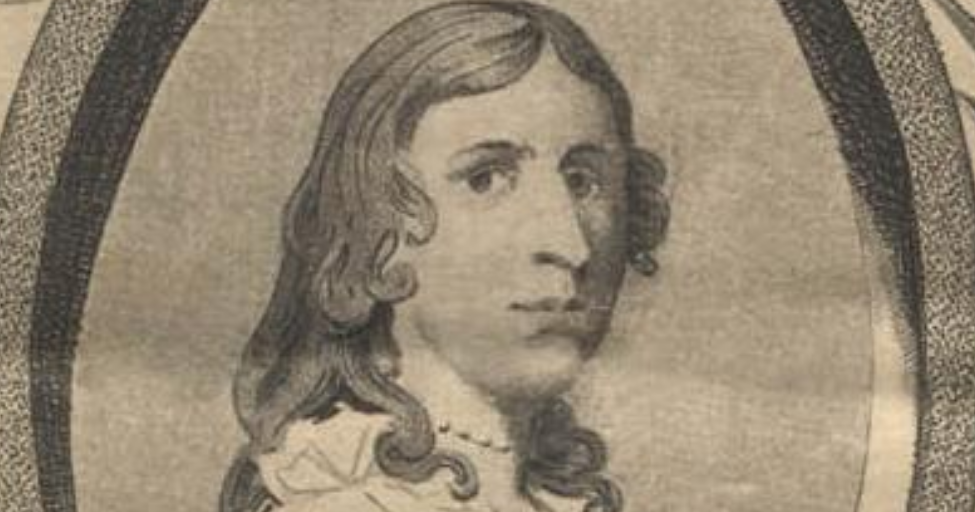 Born in December 1760, Deborah Sampson was a Massachusetts woman who disguised herself as a man in order to serve in the Continental Army. She is one of several women with a documented record of military combat experience during the American Revolutionary War

Born in December 1760, Deborah Sampson was a Massachusetts woman who disguised herself as a man in order to serve in the Continental Army. She is one of several women with a documented record of military combat experience during the American Revolutionary War. Sampson served 17 months in the army under her made up name, Robert Shirtliff.
How did she managed to get in the army? Did they ever noticed she was a woman? What happened when the army found out? Let’s talk about the story of Deborah Sampson.

Going from Servant to Soldier

Born in 1760 in Plympton, Massachusetts, she had to endure troubles early on. Her father abandoned the family and her struggling single mother couldn’t afford to feed all her children. So, she sent Deborah to a nearby family to work as an indentured servant. Sampson worked as a servant for most of the 1770s, receiving little formal education along the way.
Remember, Deborah had six other siblings, and her mother couldn’t afford to care for all of them. Deborah and four of her older siblings were sent to live with neighbors or relatives.

Sampson was sent to live with her cousin Ruth Fuller in Middle Borough. There, she learned to sew, read, and write. Three years after she arrived to Ruth Fuller’s house, the lady became ill and died.
After that, Deborah was sent to live with Mistress Thatcher, an old widow requiring constant care. Within a year, Deborah was sent again to another house, this time to Benjamin Thomas. There, she took care of his sons and couldn’t go to school.
At the age of 18, Deborah left Benjamin’s house and become a weaver and then a teacher. She worked, but with the Revolutionary War underway, she had different ideas in mind and wanted to join the army.

Why did she want to fight in the war?

It was not common for women to express their desire to fight in the war. After all, at the time, women were perceived as someone who should take care of the house and the children.
But Deborah earned her place in an elite unit made of especially strong soldiers. She desperately wanted to join the fight for freedom. But she couldn’t as a woman.
So, when the war broke out, she cut her hair, dressed in men’s clothing, and in May 1782 she registered under the name Robert Shurtliff. 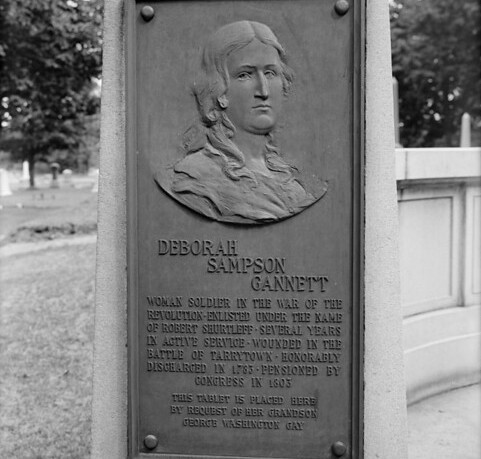 Her disguise worked perfectly and she joined the 4th Massachusetts Regiment under the command of Captain George Webb.
Her disguise worked because she was very strong woman and had an above average height and build. She joined the army and was placed in the Light Infantry Company of the Regiment. The group was made of 50 to 60 elite men, all taller and stronger than the average soldier.

Discovery of her secret

Deborah heroism and desire to fight in the army for freedom came to life in the first battle. During it, she was hit with two musket balls in her thighs. But she couldn’t go to the hospital, fearing that they might discover her secret. Instead, she took matters into her own hands.
With a penknife and sewing needle, she removed one of the muskets from her leg. The second one was lodged too deep into her body. As a result, her leg never fully healed.
But because of her own heroism and ability to take care of her wounds, she could continue to fight in several more battles undetected. Deborah stayed in the army for almost two years.
But in the summer of 1783, a malignant fever was raging in Philadelphia, especially among the troops. Deborah fell ill, and that was when doctors discovered her secret identity while nursing her.
The doctor nursing her, Barnabas Binney, informed Deborah’s superiors once she got better. Sampson feared jail time because of her deception.
Instead, she was honorably discharged from the army because of her extraordinary service. Deborah received testimonials from General Paterson, General Shepherd, and Col. Henry Jackson, praising her for excellent performance of duty.

Life After the War

Following her discharge from the army, Deborah married a farmer named Benjamin Gannett. She went on to speak about her experience during the war. In a way, Deborah became one of the early female lecturers in the country.
Deborah and her husband had three children, Earl, Mary, and Patience. They also adopted Susanna Baker Shepard, an orphan child.

During her life on the farm, Deborah and her family struggled for money. She was often forced to borrow money from a family friend, Paul Revere.
But she and Revere petitioned the government for a military pension. Deborah got it in 1805, making her the only woman to receive pension for participation in the Revolutionary War.
Deborah died of yellow fever in April 1827 at the age of 66 years.

Deborah remains one of the important female figures of the Revolutionary War. As such, many cities in the US memorialize her.
The town of Sharon has placed a statue in front of the public library. They also have the Deborah Sampson Gannett House, privately owned and not opened to the public.
In 1906, her hometown of Plumpton placed a boulder on the town green, with a bronze plaque inscribed to Sampson’s memory. As of 2000, the town flag incorporates Sampson as the Official Heroine of the Commonwealth of Massachusetts.
During World War II, the US named the Liberty Ship S.S. Deborah Gannett 2620 in her honor.
Her tombstone reads, “Deborah wife of Benjamin Gannett, dies April 29th, 1827, aged 68 years”. The reverse side of her tombstone reads “Deborah Sampson Gannett, Robert Shurtliff, the Female Soldier Service 1781-1783”.

Bernard Arnault is France’s richest man and the mastermind behind the world’s biggest luxury group, LVMH. But even he had his doubters early on. This documentary takes a look a... 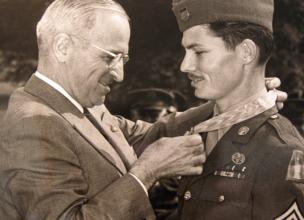 Personal Triumphs
Desmond Doss - First Conscientious Objector to Earn Medal of Honor
Desmond, a fearless World War II medic, he single-handedly saved the lives of 75 American soldiers on the Maeda Escarpme...
Hermannn Goering – From 2nd Most Powerful Nazi Leader to ashes in a River
Born in January 1893, Goering was a German political and military leader. At one point, he was one of the top 3 most pow...
Joseph Stalin – The Good Things
Stalin consolidated his power after Lenin’s death in 1924. The Georgian revolutionary and political leader ruled the S...
Peyton Randolph, The Forgotten First President of the US
Peyton Randolph served as the first president of the Continental Congress. He had far less power than the post-independe...