Why do mosquitoes bite some people and not others? 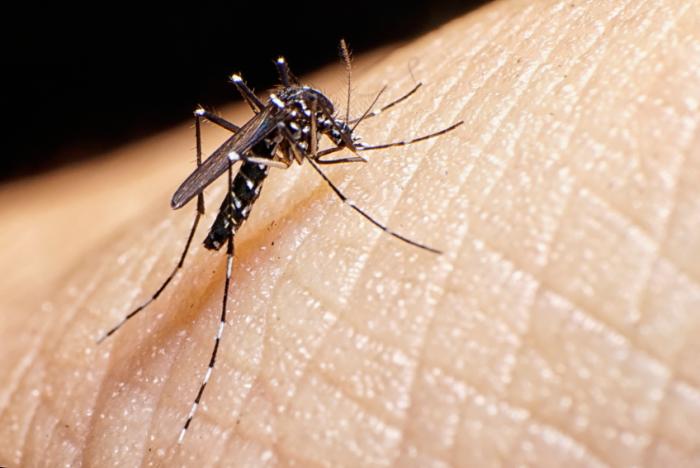 Science has found out that there 175 known species of mosquitoes in the United States of America only. Go through the world, and that number multiples. And it is not like mosquitoes are going anywhere, they have been on Earth almost as long as humans, with records showing they have been around for more than 170 million years. So, with mosquitoes all around you, the question is how you can get away from these pesky summer pests.

The question is there something that you do that attracts mosquitoes? The short answer is yes, and they actually prefer some people over others. You’ve probably noticed that some of your friends are completely mosquito-free, while you are healing your wounds from bites.

The statistics show that one in ten people is attractive to mosquitoes, so pray that you are not the one. There hasn’t been a clear research that precisely pinpoints the reason why mosquitoes consider someone an ideal candidate for trying his flesh. One thing is certain, genetics plays a role in 85% of the cases, and there are other factors such as metabolism, shirt color, blood type, exercise, and even drinking beer that can increase your risk for a mosquito bite. Let’s take a look through all the factors that can make you more attractive, and see how you can prevent yourself.

As mentioned, genetics play a huge role in attracting mosquitoes. And our blood type is just as important, especially if you factor in the fact that the primary reason mosquitoes bite us is to harvest protein. Some blood types are just more appetizing than others due to the fact they have more protein. Just for info, type O blood type is considered the meaty blood type. And you know that meat = protein. Scientists have managed to isolate this factor, and found out that people that are O blood type are twice more susceptible to mosquito bites than people with blood type A. In the middle of it all are people with blood type B.

Another factor is that our genes secret chemical signals that attract mosquitos. Those people produce the secrete through their skin. The other 15%, do not produce this particular secrete. That being said, those 15% are happy to be mosquito-free. There is nothing you can do to change or prevent this factor, unless you decide to eat less meat and protein, which is bad for your health.

Let’s clarify the “mosquitoes buzzing around your head” mystery. As you know, we exhale carbon dioxide through our nose and our mouth, and that is why mosquitoes gather around our face.

That being said, the one thing you can do prevent mosquito bites is to schedule your exercise and workout regimes on the open during the day. If you are working out during the night, you are asking for trouble. The smallest sign of light will attract mosquitoes to your place, and then your sweat will make you a delight.

This is another factor that you cannot influence or prevent. Simply put, some people have more bacteria living on their skin, while others do not. And it is not just about the quantity of bacteria, it is also about the quality. As in, not all bacteria types are appealing to mosquitoes. Some are, and some are not. A study in 2011 also found out that if bacteria on our skin are more diverse, as in different types, mosquitoes are less likely to bite us.

You might think it is absurd, but the color of the clothes you wear affect whether mosquitoes will bite you or not. Mosquitoes, same as humans, are visual creatures. They use their vision, as much as they use their scent to locate and target humans. That being said, dark colors like black, red and dark blue easily stand out and they are easier to spot by mosquitoes. On the other side, wearing white colors is also not good, as mosquitoes are attracted by light, and white shirts looks like light to them. There are two factors that are connected with drinking beer and mosquitoes. Those are body temperature and the amount of ethanol excreted in sweat. Drinking beer increases both these risk factors. However, no study has shown that there is a precise reason why beer drinkers are more appealing to mosquitoes. Just try to avoid drinking beer in the summer.

Medicine
19 Addictive Facts about Heroin
The substance enters the brain rapidly, and then changes back into morphine. Heroin binds to opioid receptors on cells l...
Eights Ways IBM Watson makes life Easier
The Watson has come a long way since the win in Jeopardy in 2011.
13 Strange Facts about Marijuana
As of 2015, several countries in the world, including some states in the US have legalized marijuana usage for medical p...
Zika Virus Questions and Answers
At the moment, the numbers in the United States show 258 virus cases reported due to traveling to Zika affected countrie...