Who are the Animals with the Strongest Bite Force? 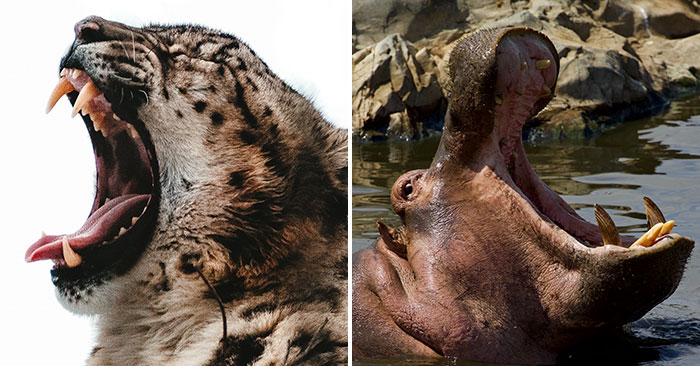 The animal kingdom has all sorts of beasts and powerful animals. Which is the strongest among them? Which animal has the strongest bite force? Well, the bite force of any animal is largely dependent on jaw muscles, jawbone, and surface area of the teeth. Of course, you have to consider the size of the lunch.
Why? Well, force in a muscle depends on how much it is stretched. The size of what you are biting will factor in the bite force.

How is bite force calculated?

Bite force is measured in pounds per square inch, or PSI. It is pound force per square inch, the pressure from a one pound force, applied to an area of one square inch.
Bite force quotient is a numerical value commonly used to represent the bite force of an animal. It was first applied by Wroe et al. in a paper comparing bite forces, body masses, and prey size in a range of living and extinct mammalian carnivores. That was back in 2005.
Since then, scientists and researchers have tried to calculate the bite force of many animals. Which has the strongest bite force? Let’s see.

How much is humans’ bite force?

Before we get to some of the strongest animals, let’s stick to humans for a while. The average human bite force is between 120 and 160 PSI. But this pales in comparison to many wild animals. Why? Because animals use their teeth to chew, but also to grip and tear. The human jaw is capable of exerting up to 125kg of force in a single bite. Males can register a stronger bite.
Fun fact: our ability to bite harder is limited by the capability of our teeth to withstand the pressure. This pressure can cause tension headaches and sharp pains in the jaw if are grinding our teeth.
For comparison, the crocodile, who is sitting on top of the list, has a bite force of 30 times more powerful than a human.
Richard Hoffman set the record for the strongest human bite force, six times more powerful than the average human.

Strongest Animals in the World

There are different types of crocodiles, and the Nile crocodile has the strongest bite force of them all. Generally speaking, crocodiles have a bite force of 3,700 PSI.
This was calculated by a team at Florida State University. The 10-year study scientifically measured jaw strength in all 23 crocodile species. 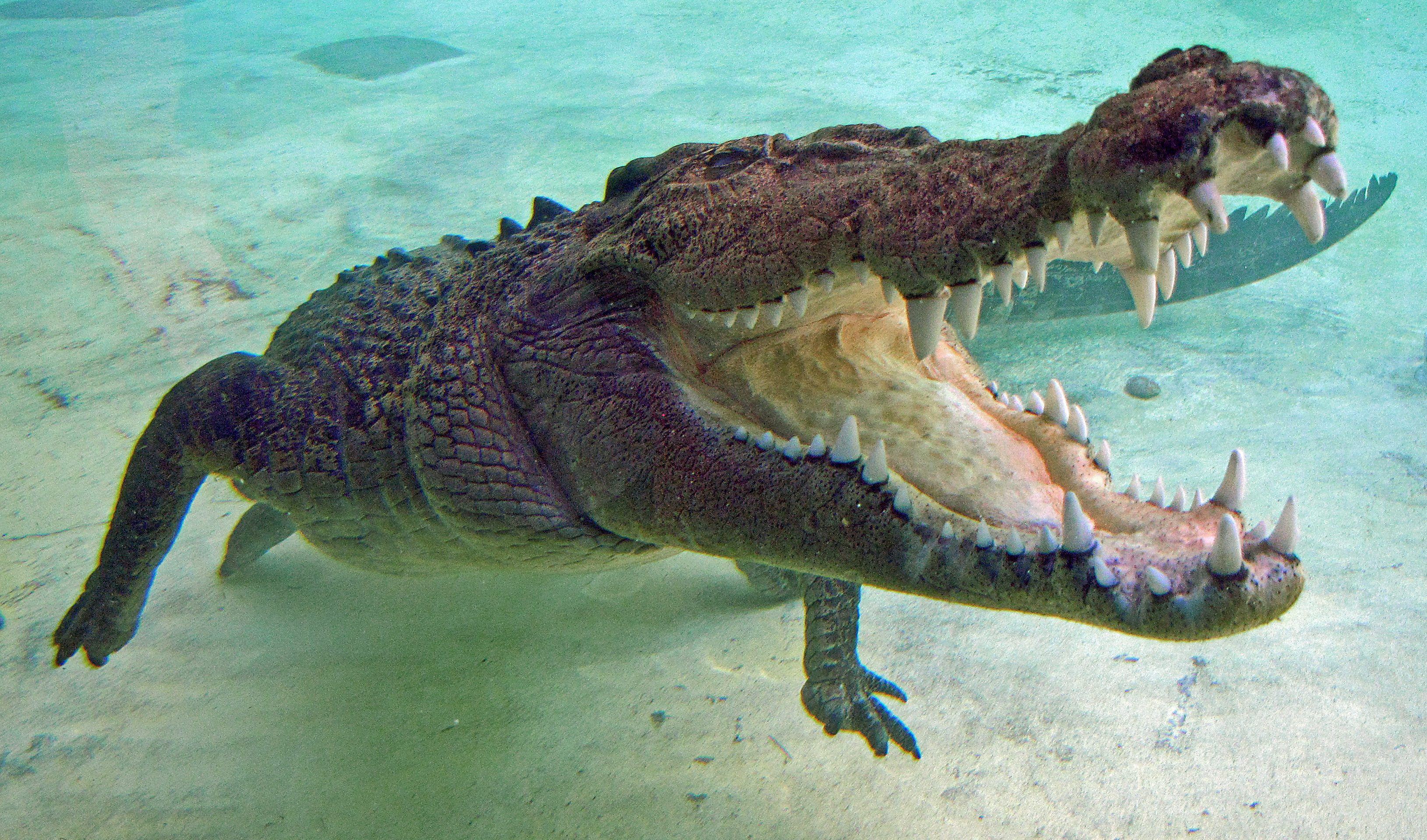 The Great White Shark, found on the coastal surface waters of all major oceans, has no known natural predators. No, humans are not the preferred prey of the shark, but this shark is responsible for the largest number of unprovoked attacks on humans.
The method used for measuring bite force of the Great White Shark is not the same as the one with crocodiles.
Researchers used X-rays to reliably establish that a shark measuring 21 feet would register approximately 4,000 PSI. But when comparing pound for pound strength, the crocodile beats the shark.

The tusk of the hippopotamus can grow 2 feet long, and their mouth opens 180 degrees. Their bite can crush a whole watermelon like a grape.

According to research, hippos have the strongest jaw of any herbivore on the planet. Their measured bite force is 1,800 PSI. And that was in females. Males were too aggressive to test.

The rare big cat found in America possess the most powerful bite of the entire genus Panthera. Their six-foot long body, followed by their three feet tail, can result in a powerful bite. These large predators have a powerful frame growing up to 250 pounds.
With that in mind, they register a massive 1,500 PSI of jaw power. But what is unique is the way they take their prey.
Instead of dragging down and eviscerating their lunch, jaguars crush the skull of the victim by biting right through it. They can bite through a turtle’s shell.

With a gorilla, it is more of the massive neck and jaw muscles than teeth. Their teeth do not give them power and bite force, but the massive neck and jaw muscles do.
Gorillas are herbivores, but their diet includes some strong fruits and vegetables. For example, they can chew heavy shoots, bark, nuts, tubers, and other fibrous foods. You might think bananas are the only think gorillas eat, but that is not true.

Here is a fun fact. The spotted hyena has twice the strength of a lion, their close competitor for prey on the African savanna. 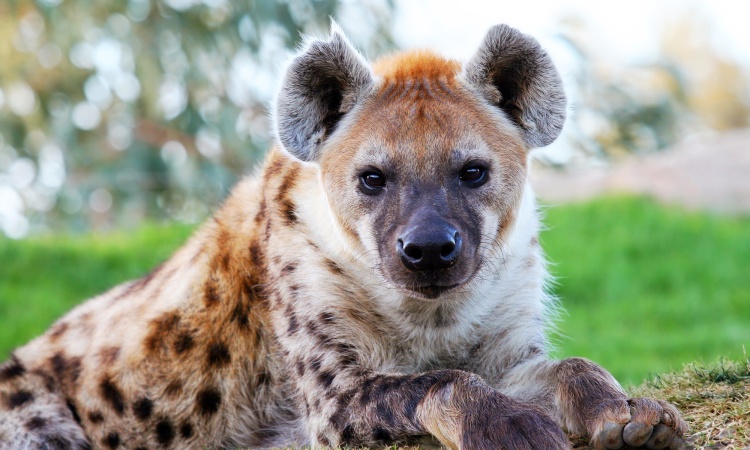 With a bite force of 1,100 PSI, they are among the 10 strongest animals in the wild. For comparison, the lion has a bite force of only 650 PSI. Even some dogs have stronger bite force, like Kangals and Cane Corso with more than 700 PSI.
The largest species of the hyena family measures between three to four feet long, plus their tail. With that, they can weigh between 100 and 200 pounds.
While they look similar to dogs in appearance, hyenas are actually more closely related to cats. 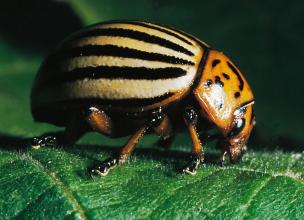 Nature
Potato Beetle – The Amazing World of Insects
The Colorado Potato Beetle, also known as the Colorado Beetle, is a major pest of potato crops. Its Latin name is Leptin...
Methuselah tree – Can You Find the Oldest Tree on Earth?
Methuselah tree would be 4,855 years old in 2023. And yes, as of December 2022, the tree is still alive. But, its exact ...
Caspian Sea – Largest Lake in the World
The Caspian Sea covers 143,550 square miles and has a volume of 19,000 cubic miles. Stretching for nearly 750 miles from...
Fish River Canyon – Second Largest Canyon in the World
The Fish River Canyon consists of an upper canyon and a lower canyon. In the upper canyon, river erosion was inhibited b...