What Would Happen If the Earth Stopped Moving? 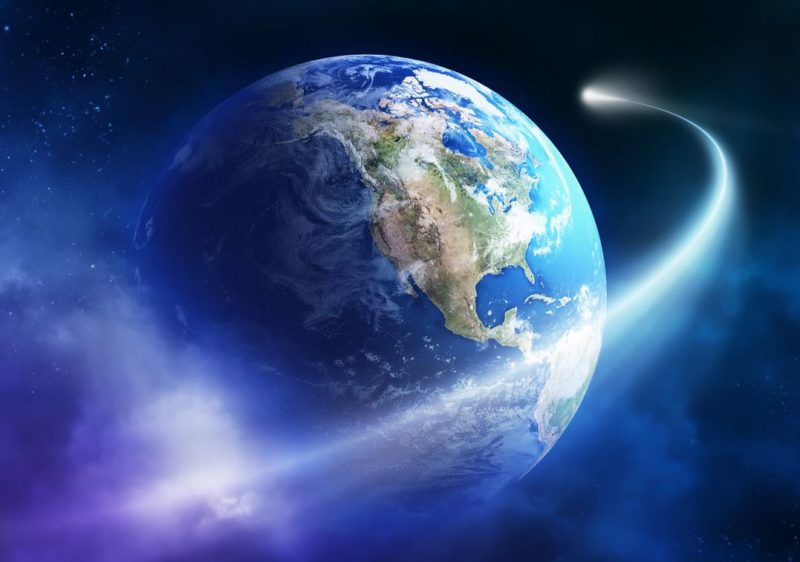 Such event would require the same amount of energy stored in the momentum of everything on our rotating planet. And there is no physical mechanism on the planet that can supply that

While it seems unimaginable, it is still worth speculating. Let’s say the Earth stops moving one day. How catastrophic that event would be? For starters, it won’t be any good. The first “symptoms” will be noticed at the Equator. This is the place where the earth’s rotational motion is at its fastest. If that motion stopped even for a second, the momentum would send things flying eastward, think moving rocks and oceans triggering earthquakes and tsunamis.

Now, before we get to the speculations of what would happen if the Earth suddenly stopped moving, do not worry. Such event would require the same amount of energy stored in the momentum of everything on our rotating planet. And there is no physical mechanism on the planet that can supply that. But let’s assume the Earth stops moving for just several seconds, say, 30 seconds. This is what will happen.

Erosion to the crust

While our planet might stop spinning suddenly, its atmosphere will continue to spin. What does that mean? Well, that means that high speed winds, or approximately 1,670km/hr, which is the earth’s rotational velocity. The winds will cause erosion to the crust of the planet.

Think of earth stopping in the same way as when you hit brakes on a moving car. Or on a moving bicycle. Once you press the brakes, you fly ahead with the speed of the moving vehicle. In the case of the earth, you and every object on the planet will fly with a speed of the rotational velocity of the Earth, which said is around 1,670 km/hr. That is very high speed, but not enough to launch us in space. Sadly, there will be no space trip, but think of the disasters that can happen.

If the Earth stops moving for 30 seconds, the planet will become a perfect sphere. That is because the bulge in the earth is due to its rotation. The bulge is along the equator and the oceans as they are now are due to this bulge. If there is bulge, and the earth suddenly becomes a perfect sphere, the oceans will redistribute, resulting in one big massive supercontinent that circles the equator, all while the north and south poles become oceans.

Our day will last longer

If the Earth stops moving for just 30 seconds, that means that the day will last 30 seconds more. Now, where are all those people that want a day to last 48 hours so that they can finish their tasks?

What if it moved faster?

Let’s take a different hypothesis now. One where the Earth doesn’t stop moving, but starts moving faster instead. Bear in mind, it depends where you are.

- If we move the rotational velocity by just 1 mile per hour, the sea level around the equator would rise by a few inches, as the water will migrate there from the poles

- Our satellites would be off-track, as they orbit the planet at a speed matching the Earth’s rotation, so they can stay positioned over the same spot. If the planet speeds up, the satellites will no longer be in the right position, which will mean that communication, television broadcasting, military operations, and intelligence operations could be interrupted

- We will lose weight, as the extra centrifugal speed generated will spin faster and combat gravity

- One of the biggest common problems is that we will experience constant jet lag, that feeling when you fly with a plane and switch a couple of time zones. Well, with 1mph speed increase, the day will be just a minute shorter, and we might not notice. But speed up faster, and a day can last for 22 hours, which will disrupt our internal body clock