What is Left of the Antonov An-225 Mriya? 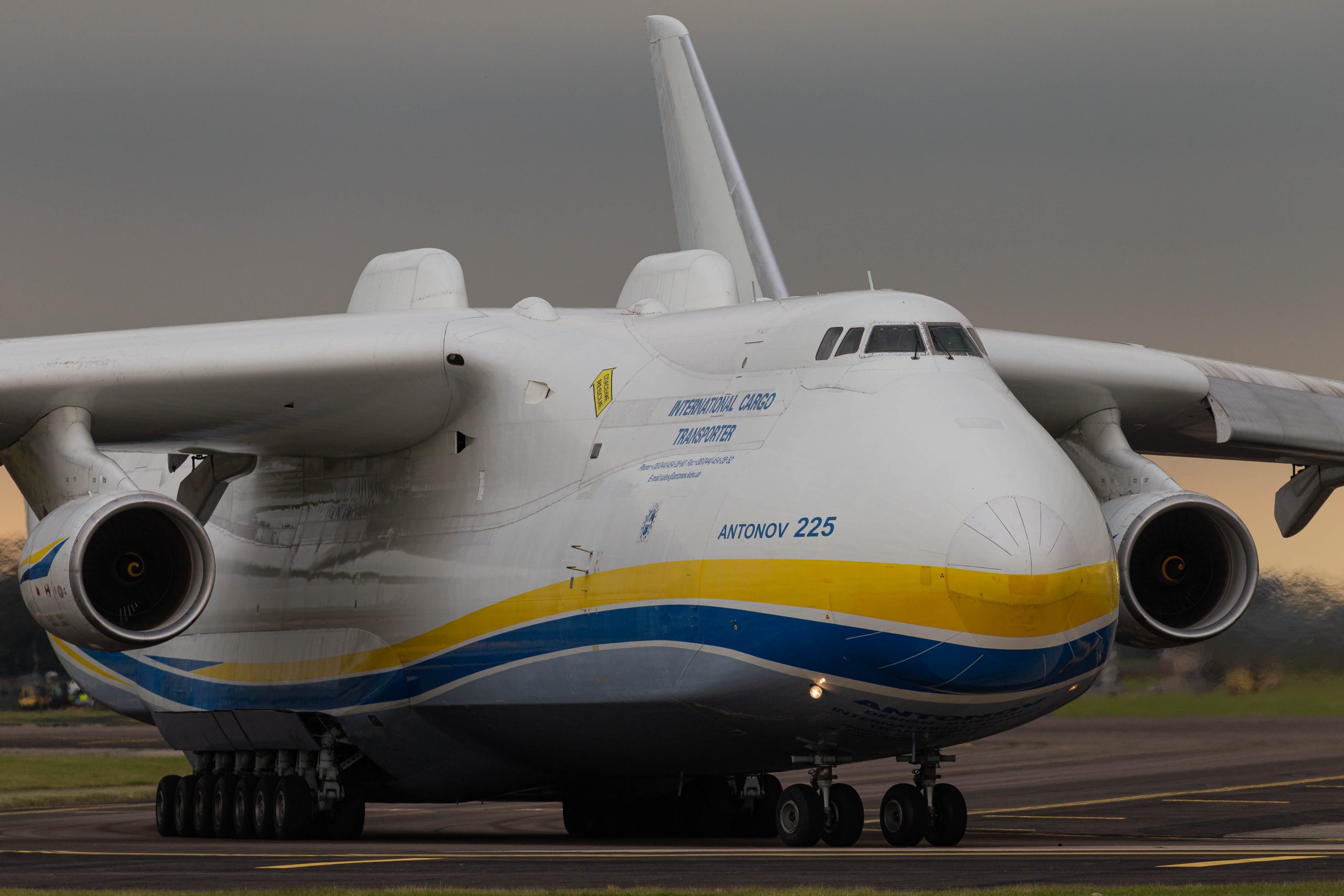 The Antonov An-225 Mriya was a strategic airlift cargo aircraft. Designed in the 1980s by the Antonov Design Bureau in the Soviet Onion, it was originally developed as an enlargement of the Antonov AN-124 to transport Buran-class orbiters

The Antonov An-225 Mriya was a strategic airlift cargo aircraft. Designed in the 1980s by the Antonov Design Bureau in the Soviet Onion, it was originally developed as an enlargement of the Antonov AN-124 to transport Buran-class orbiters.
Only one example was ever completed, and that one was recently destroyed by the Russian forces in Ukraine.
After successfully fulfilling its military missions, the aircraft was mothballed for eight years.
With a maximum takeoff weight of 640 tons (705 short tons), the An-225 held several records, including heaviest aircraft ever built and largest wingspan of any aircraft in operational service. 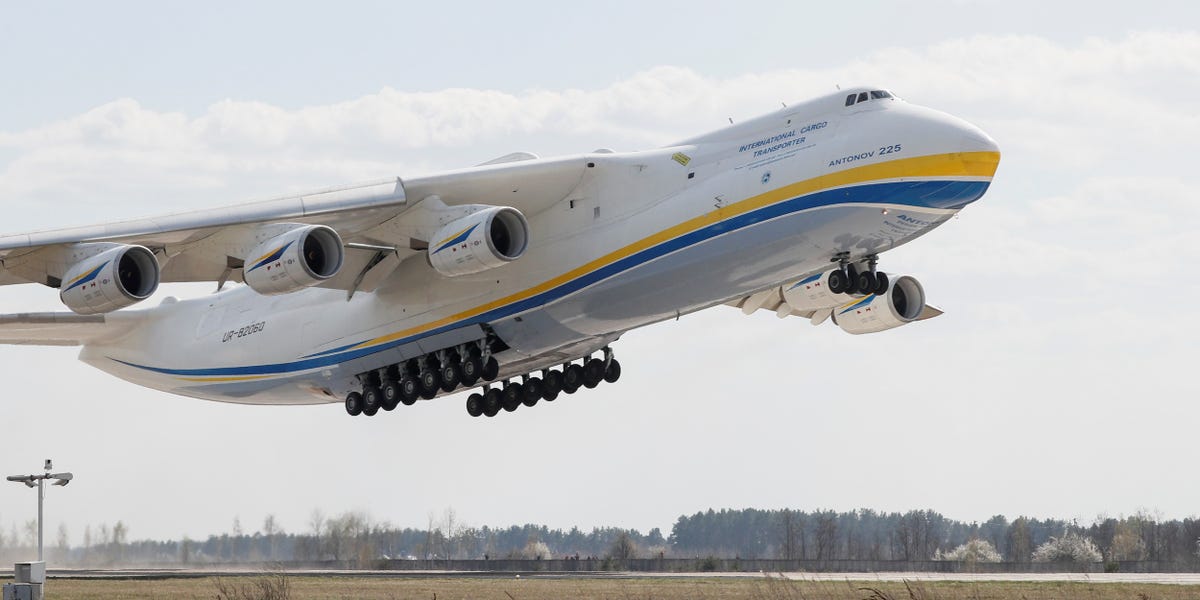 Destroyed in the Battle of Antonov Airport during the 2022 Russian invasion of Ukraine, the aircraft is no more.

History of the largest plane

The Antonov An-225 Mriya was designed to airlift the ENergia rocket’s boosters and the Buran-class orbiters for the Soviet space program.
It was developed as a replacement for the Myasishchev VM-T. The original mission and objectives of the An-225 were to that of the United States’ Shuttle Carrier Aircraft.
The aircraft first flew on 21 December 1988. It was on static display at the Paris Air Show in 1989.
By 2000, the need for additional AN-225 capacity had become apparent. The decision was made in September 2006 to complete the second An-225. The second airframe was scheduled for completion around 2008 but was subject to delays.
In April 2013, the Russian government announced plans to revive Soviet-era air launch projects that would use a purpose-built modification to the An-225 as a midair Launchpad.

Design – What Made it Special?

When you talk about the Antonov An-225 Mriya, it is not only the heaviest aircraft, we also have to talk about the unique and special design.
The aircraft was based on the earlier version, Antonov An-124. It had the fuselage barrel extensions added fore and aft of the wings. The wings received root extensions to increase span.
The flight control surfaces were controlled via fly-by-wire and triple-redundant hydraulics.
In addition, the An-225 had two more Progress D-18T turbofan engines added to the new wing roots, bringing it to total of six. The difference between An-124 and An-225 is in the rear cargo. The An-124 has a rear cargo door and ramp. The An-225 design left those off to save weight and the empennage design was changed from a single vertical stabilizer to a twin tail with an oversized, swept-back horizontal stabilizer.
Initially, the aircraft had a maximum gross weight of 600t. But from 2000 to 2001, after several modifications, they managed to increase the maximum gross weight to 640t.

Let’s talk about some of the best and most amazing facts about the Antonov An-225 Mriya.
- For more than 25 years, the An-225 held the title of the biggest commercially used freighter in the world
- Powered by six turbofan engines, it is the biggest heavier-than-air aircraft in terms of length
- There was only one operational An-225 in the world before the Russians destroyed it during the battle of the Antonov airport 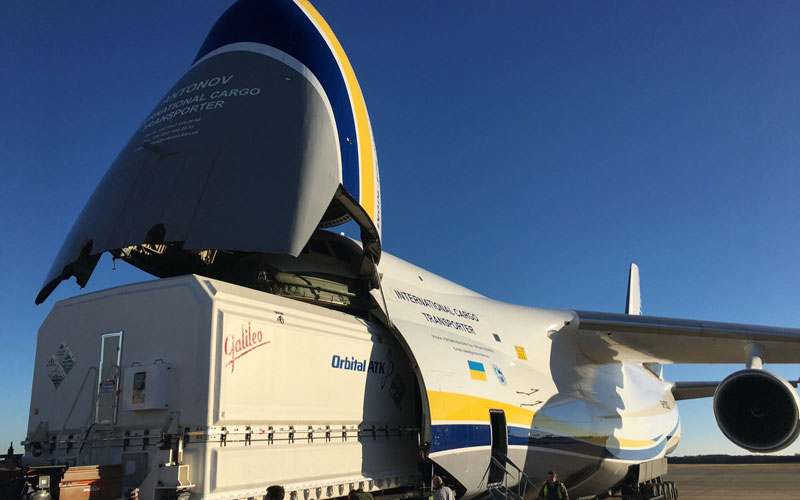 The Ukrainian plane manufacturer Antonov developed the aircraft during the Cold War to airlift the Buran spacecraft for the Soviet space program
- Originally operated from 1988 to 1991 as the prime method of transporting
- The An-225 has set over 200 world records, including airlifting the world’s heaviest cargo and the longest cargo
- At 290 feet, it has the largest wingspan of any aircraft in operational service. Just for info, that is 10 feet short of the length of a football field
- The landing gear system has 32 wheels
- The six jet engines of the An-225 produced over 300,000 pounds of total thrust
- On September 11, 2001, the aircraft carried four main battle tanks at a record load of 253t of cargo

Technology
The Channel Tunnel – A Modern Engineering Wonder of the World
It officially opened on May 6, 1994. But it was a centuries-long idea. The engineering feat is an impressive piece of in...
Who Was Ada Lovelace – The First Computer Programmer
Ada Lovelace wrote the first published computer program while working for her mentor, the father of the computer, Charle...
Quantum Stealth – Is Invisibility Possible?
Quantum Stealth, or often cited as the Invisibility Cloak, is a material developed by Hyperstealth Biotechnology Corp. ...
Ever Ace – World’s Largest Container Ship
Ever Ace is the largest container ship in the world. The capacity reached 23,992TEU, surpassing HMM Algeciras (23,964TEU...