Viking Wartime Strategies – How they Terrorized Europe for Three Centuries 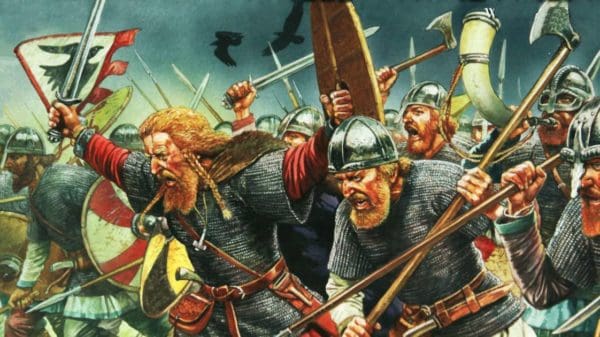 The term Viking Age refers to the period from the 790s to the late 11th century in Europe. During this period, Viking activity started with raids on Christian lands in England and eventually expanded to mainland Europe. They even made it to some parts of present-day Russia

The term Viking Age refers to the period from the 790s to the late 11th century in Europe. During this period, Viking activity started with raids on Christian lands in England and eventually expanded to mainland Europe. They even made it to some parts of present-day Russia.
Viking group proved successful in raiding coastal towns and monasteries thanks to their efficient warships and intimidating war tactics. To top it all, they were skilled at hand-to-hand combat and fearless.
They started as Viking raids on small towns, but eventually transformed into the establishment of important agricultural spaces and hubs across Europe.

When you talk about Vikings and their military strategy, you have to talk about their culture of war. According to most historians, Vikings are people of Scandinavian culture who were outside Scandinavia, or inhabitants of any Scandinavian colony.
Their tactics were driven by their cultural belief. They believed to be rooted in Norse culture and religion.
Before the Viking raids, Norse society consisted of minor kingdoms with limited central authority and organization. Because there was little to no police and enforcement of law, violence was an instrument for solving disputes.
The use of violence was not limited to a man, but extended to his kin. Personal reputation and honor were a major part of their culture. 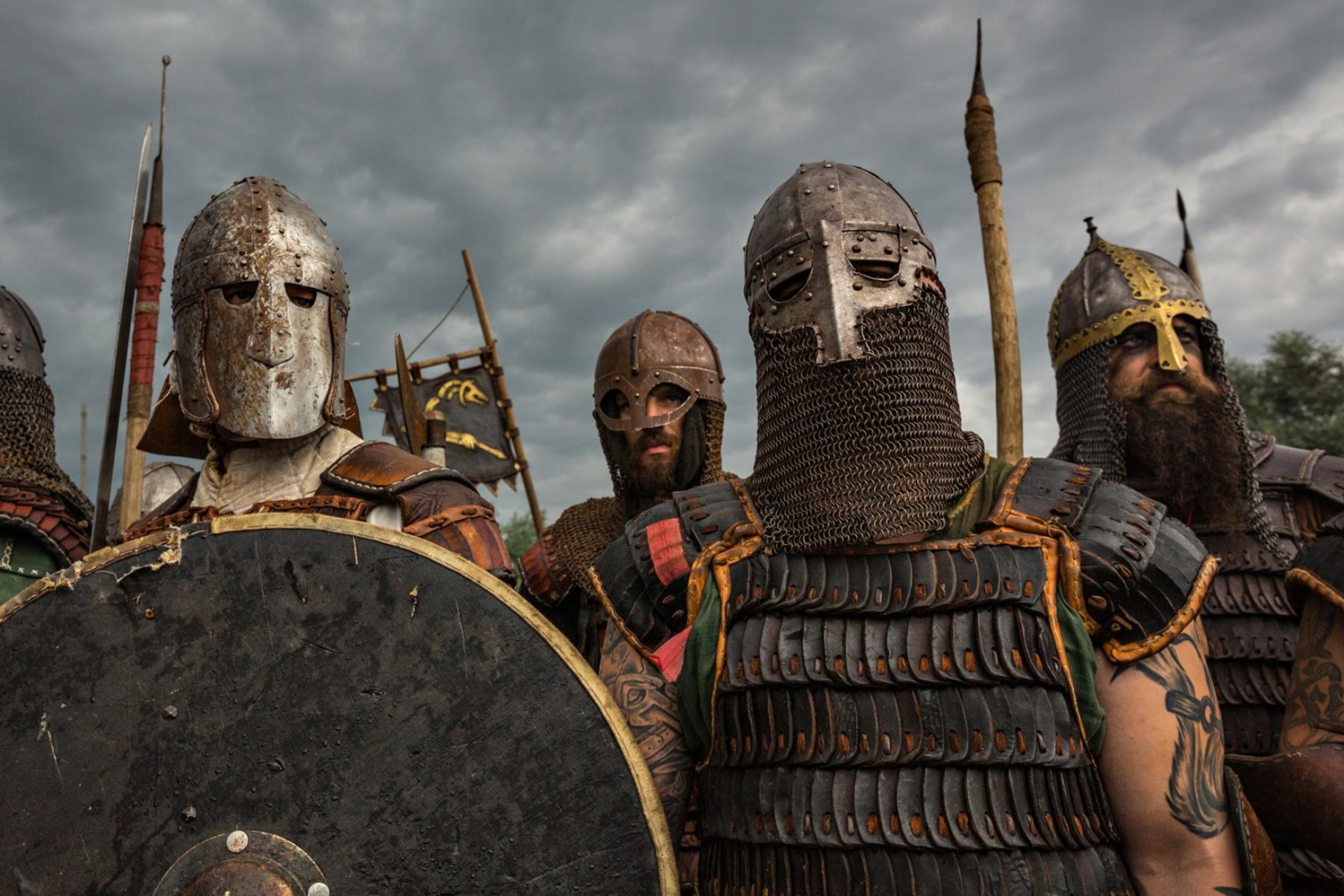 For Vikings, ships were essential part of their hit-and-run raids. They completely understood the advantage of their long ships’ mobility, and used them to a great extent.
Their fleet would often sail past the horizon of a bay they planned to raid, as they travelled from one town to the next one. It allowed the Vikings to stay out of sight. They would also lower the mast to avoid detection.
Most of the time, these fleets had little to no cohesion, composed of smaller fleets led by chieftains of different Norse band.
Modern historians will say they lacked formation, but that gave them a great advantage. We describe them as bees swarming. But what they lacked in communication, Vikings made up with communication.
Modern historians agree they had great leadership for the time. Their small fleets communicated effectively and made it difficult for foreign territories to counter their tactics. 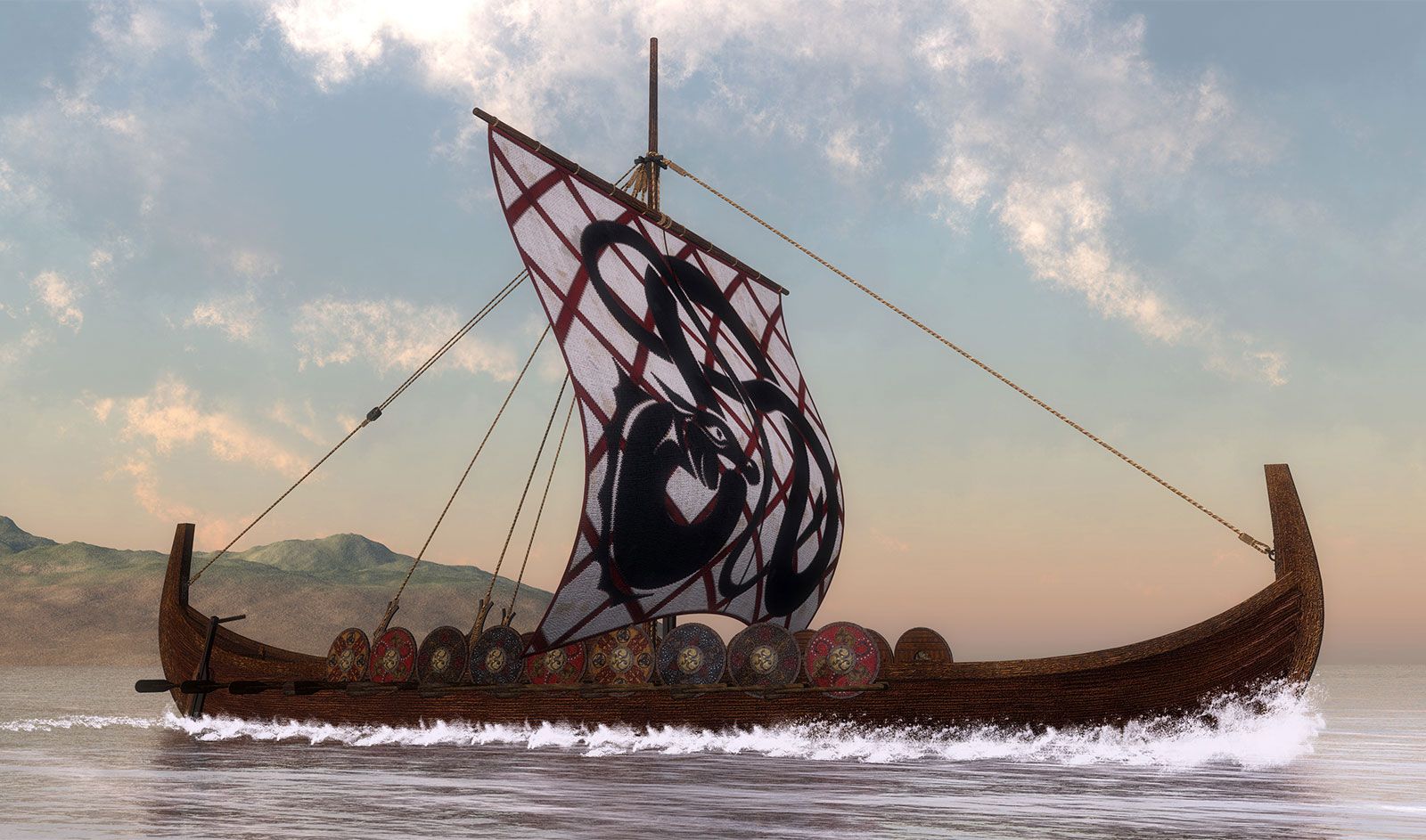 There were not many naval battles, but Vikings ships would often try and ram ships in the open sea. They knew their advantage is at the sea.
Vikings would propel the boats by rowing fast directly at defending ships that were vulnerable, and then isolate them from the fleet. The defending fleet would try to combat it by rafting up with the bows of their boats facing the attackers. But that played right into the hands of Vikings. They would maneuever their boats by rowing around ships to flank them.
And when they got close enough, they would throw spears and use their longbows. When they did attack ships, they attacked them to board them and take control, not to destroy them.
For all their power, Vikings based their battles around economic gains, not political or territorial gains.

Nowadays, we admire Vikings mythology even more. A big part of their myth were people called beserkers. They were Viking warriors who had spiritual magical powers, allowing them to become impervious to injuries on the battlefield.
Yes, these stories are a bit exaggerated nowadays. But the term beserks was used at the time to describe Vikings who would engage in reckless fighting.
Christians in Europe feared these warriors because they viewed them as satanic beings.
Their tactics on land were even more amazing than those at sea. They would lay ambushes and waited armies along established roads.

Their famous way of fighting was the wedge formation, when they put their best men, or beserkers, at the front of the wedge. Vikings would then throw spears and rush the wedge through enemy lines to engage in hand-to-hand combat.
And when it came to hand-to-hand combat, Vikings were superior. That was their forte. They succeed because they ignored common battlefield tactics, methods, and customs of the time. You can say they were revolutionary, and it took time for Europe to adjust to the battle tactics of Vikings.
For example, they would never arrange battle times. For them, it was all about deceit, stealth, and ruthlessness.

When it comes to weapons and armor, we have to rely on archaeological records. There is not much description regarding weapons and armor of Vikings.
They used weapons like swords, single and double-edged, axes, battle axes, daggers, spears, bows, arrows, shields, and mail skirts. What made their weapons unique is the quality of design. Their sword blades were made from steel of a quality that rivals modern steel-making.
Their swords were made of iron blades. Most of them were single handed, intended to be held in one hand, with broad grooves along the center cutting down their weight a bit.
And their one-handed Viking axe was not an everyday utility tool. It was a common weapon in Norse society, but rather unknown to the European mainland.

When you think about it, you may say Viking warfare is not that much unique than parts of Europe. For example, both Anglo-Saxons and the Franks, used ships.
But what made Vikings successful was their specific naval technology. That meant building faster, and seaworthy ships with shallow draughts. These ships were perfect for lighting-strike hits and transporting cargo.
A key element of Vikings’ success is their mobility. Their ships supplemented the use of horse on land, combined with good logistics, allowed them to move from one place to another and provide enough support and supplies. 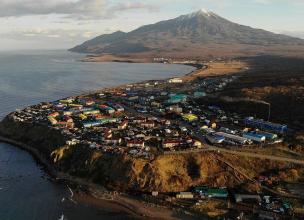 Military/War
Kuril Islands Dispute – Leftover Conflict from World War II
The Kuril Islands are officially a Russian-controlled group of islands off the northern coast of Japan. Though, Japan al...
Russian Submarine Belgorod – What Makes it so Special?
The submarine was turned over in the port of Severodvinsk, and experts say it is a modified version of Oscar II class gu...
Proxy Wars – How do they Work?
The simple definition is the following, “a proxy war is an armed conflict between two states or non-state actors which...
Russia’s Unique Weapons – How Putin Transformed the Army?
Nowadays, Russia can say they have some unique weapons that nobody else in the world has. At least not as modern, effici...