University of Bologna – The Oldest University in the World

Founded in 1088 and having never been out of operation, the University of Bologna holds the title of the oldest university in the world. There have been older universities, but they have gone out of operation. The Latin motto of the university, The Nourishing Mother of the Studies, remains popular even today.
Until relatively modern times, the university only taught doctorate studies. Today, it has a diverse range of programs and studies at all levels.

Foundation of the University

In the beginning, the students themselves elected the rector, leaders, and lecturers. The university rose around mutual aid societies of foreign students called nations (grouped by nationality) for protection against city laws which imposed collective punishment on foreigners for the crimes and debts of their countrymen.
These students hired scholars from the city’s pre-existing lay and ecclesiastical schools to teach them subjects such as liberal arts, notarial law, theology, and more. Lectures were given in informal schools.
Notable for teaching canon and civil war, the University was set up in large part with the aim of studying the Digest, a central text in Roman Law.
The Digest had been rediscovered in Italy in 1070, and the university served as integral part in the development of medieval Roman law. Until modern times, the only degree granted at Bologna was the doctorate.

Laura Bassi, became the first woman to earn both a doctorate in science and a salaried position as a university professor. And it was all thanks to Bologna University.

The University has a long history of famous alumni. Among them, we have three popes, many businessmen, poets, and even Italian politicians.
For example, Giovanni Marconi, the inventor of radio and winner of Nobel Prize in Physics in 1909 studied at the University of Bologna. Another famous alumni, Carlo Osvaldo Goldoni, was an Italian playwright from the Republic of Venice. He is credited for his rich use of the Venetian language.
Francesco Petrarca, scholar and early poet of Renaissance Italy, as well as Dante Aligheri, another Italian Renaissance poet studied in Bologna.

Pope Alexander VI, head of the Catholic Church and ruler of the Papal States from 1492 until his death in 1503 is another famous alumni.
Here is another famous alumni at Bologna University, a modern writer, Umberto Eco. He was an Italian philosopher, cultural critic, political, and social commentator. Famous for his novel The Name of the Rose.
Italian Prime Minister from 1996 to 1998 and 2006 to 2008, Romano Prodi, also studied at Bologna.

Until recent modern times, Bologna had only doctorate studies. After a period of decline, the university was reorganized in 1860 and resumed its place among best universities in Italy and in the world. Contemporary faculties include jurisprudence, political science, letters and philosophy, medicine, and engineering.
In 1988, on the 900th anniversary of the university, 430 rectors from all over the world came to Bologna to celebrate the event. To this day, Bologna University remains the mother of all universities and plays a huge role on the international scale. 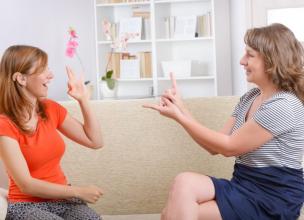 Social
Sign Language – Things You Probably Didn’t Know About
Over the years, sign languages have developed as useful means of communication between deaf people. The number of sign l...
The Burning Man Festival – What does it Teach us About Life?
Burning Man is one of the more unique summer festivals. It is an event focused on community, art, self-expression, and s...
Hopi People – Society Run by Women with Men in it
The Hopi Society is one of the few in the world ruled by women. After the birth of a child, the paternal side of the fam...
10 Things You Didn’t Know about Afghanistan
Afghanistan is home to around 38 million people. And according to the United Nations Population Fund, the country has on...